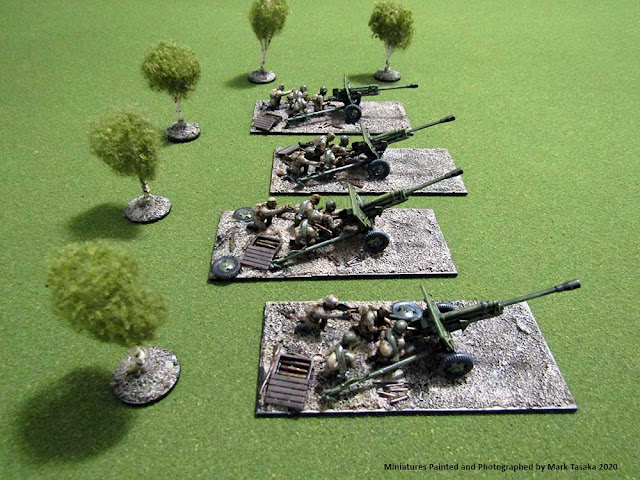 The ZiS 3 was a 76mm Divisional Gun (M1942) used by the Russians during the Second World War.  The gun’s designation, ZiS 3, stands for Zavod imeni Stalina (factory named after Stalin), which was an honorific title given to Artillery Factory No. 92; the factory that first produced this gun.  The ZiS 3 was well liked by the Red Army, due to the gun’s reliability, durability, accuracy and ease of use.  By the end of the war, over 103,000 ZiS 3s were produced.

The Plastic Soldier Company produces a 1/72 scale (20mm) Russian ZiS 2/3 Gun set, which allows you to build either the ZiS 2 (57mm anti-tank gun) or the ZiS 3 (76mm Divisional Gun).  The set contains four gun sprues, and two artillery crew sprues (each sprue has eight artillerymen; four for each gun). 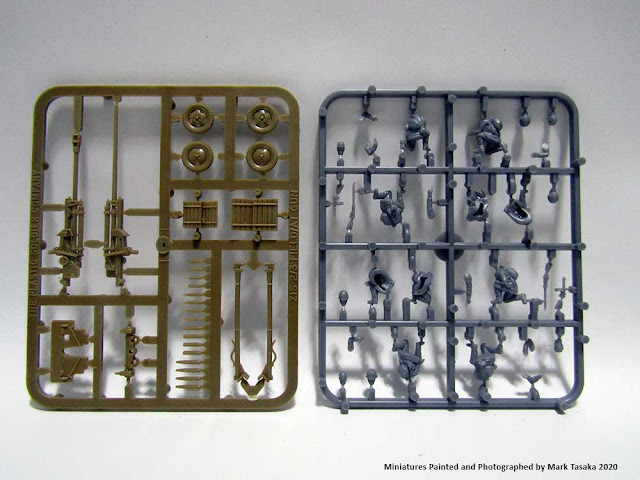 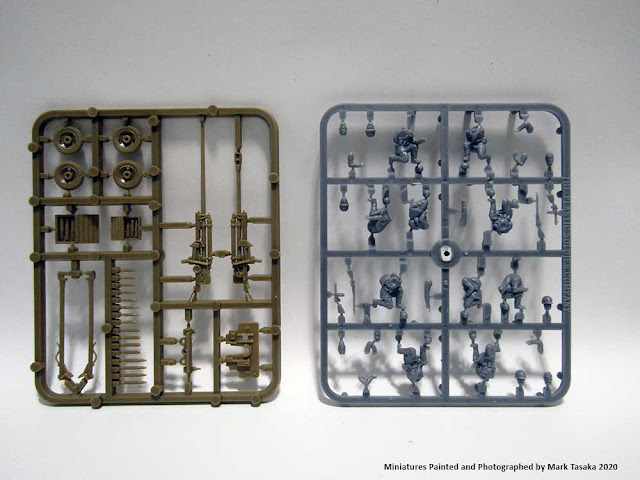 I preferred the look of the ZiS 3 gun; thus, I built the four models as ZiS 3 76mm Divisional Guns. 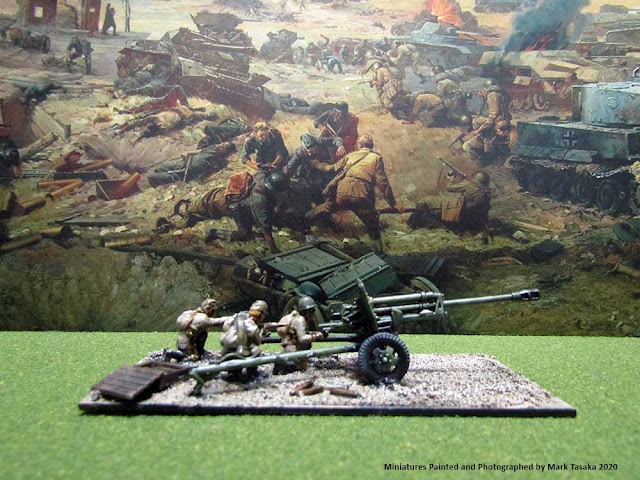 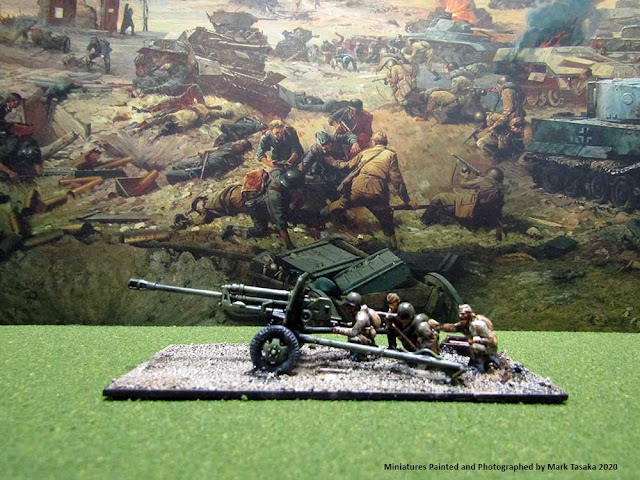 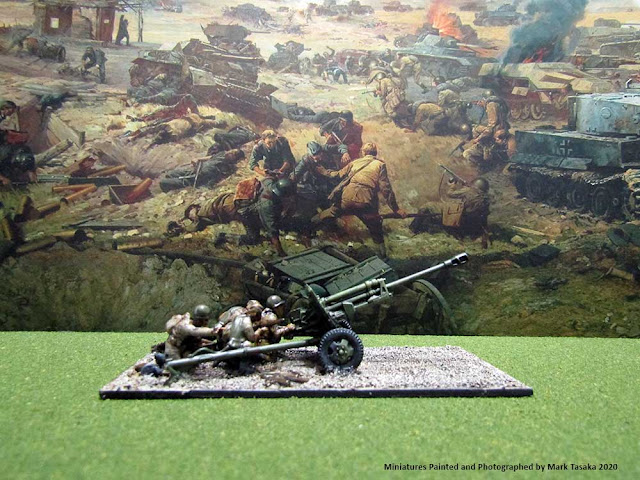 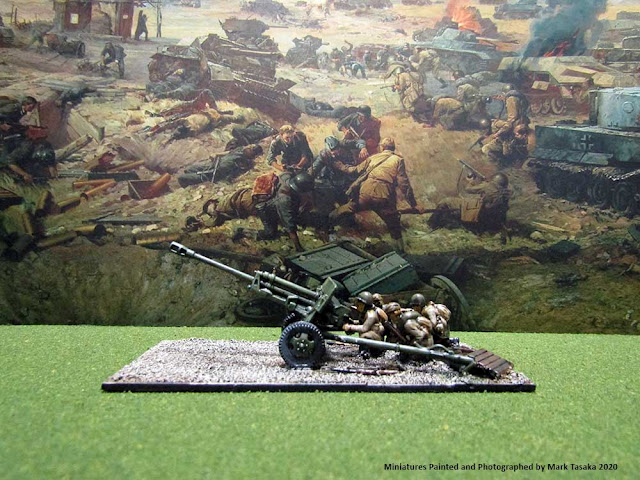 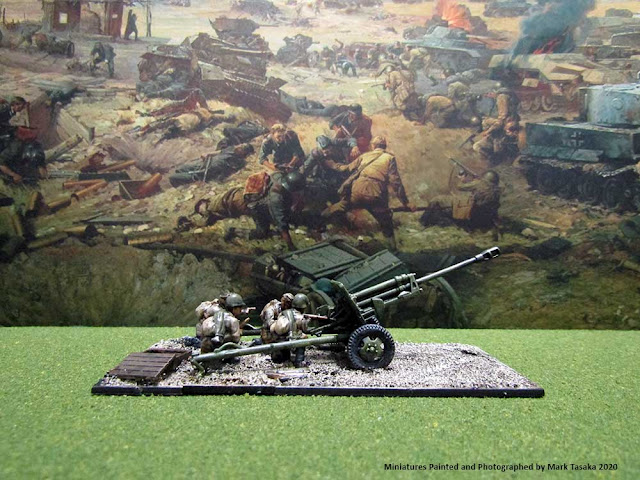 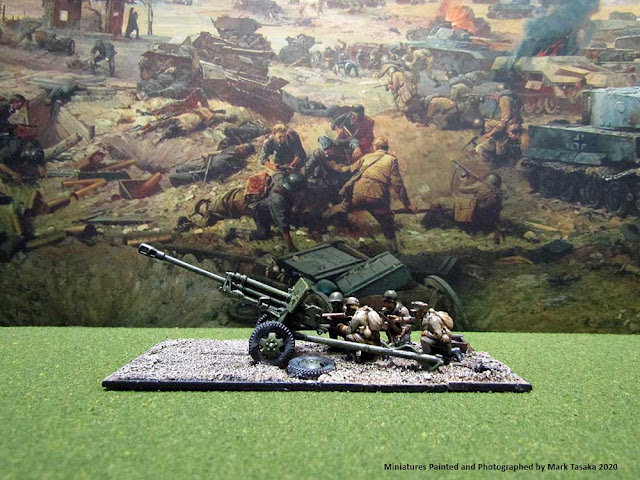 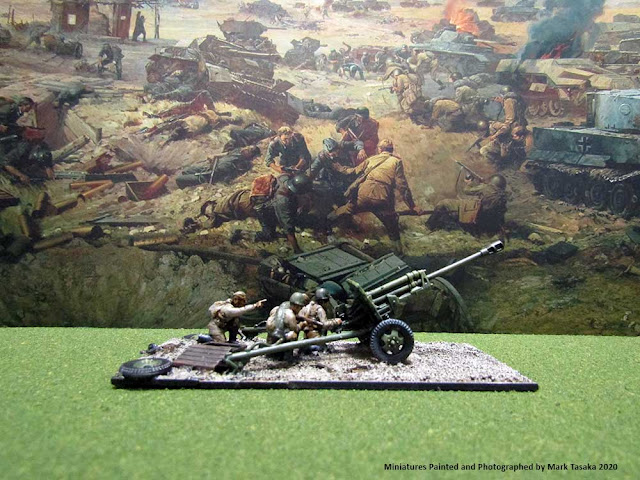 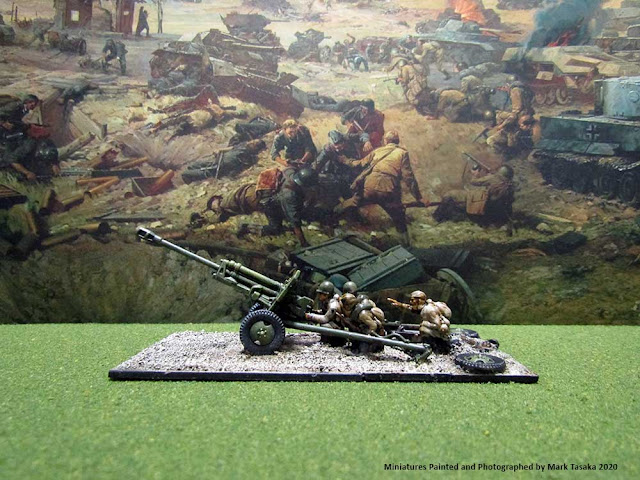 The below images include Russian miniatures I built and painted from earlier posts. 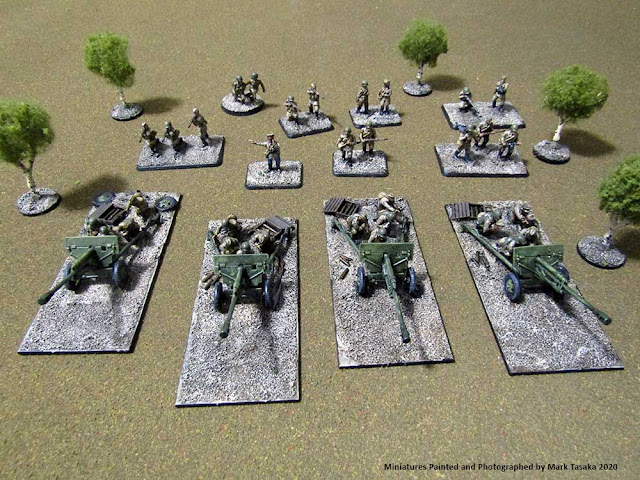 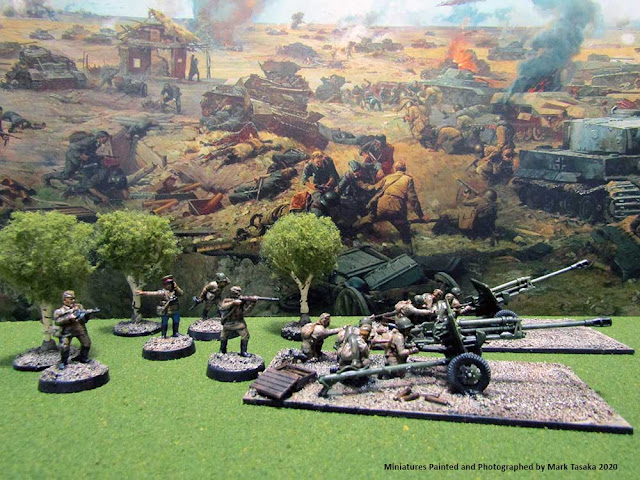 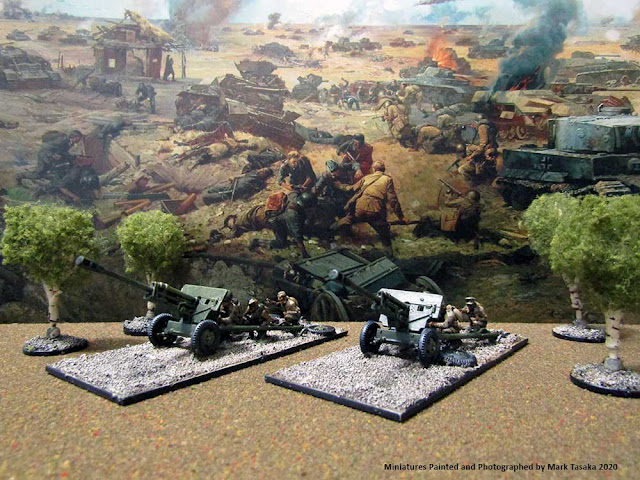 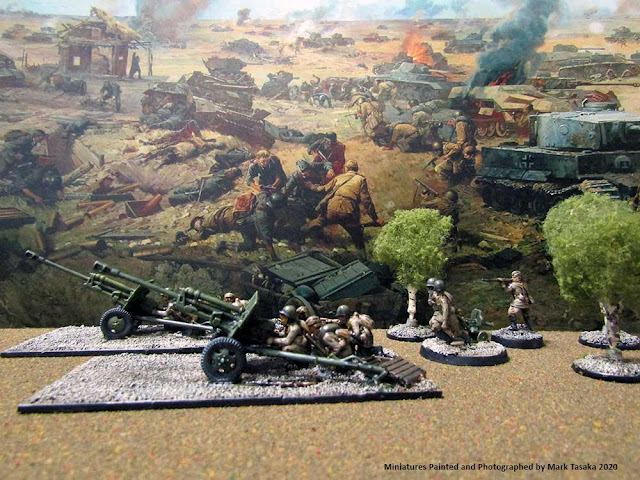 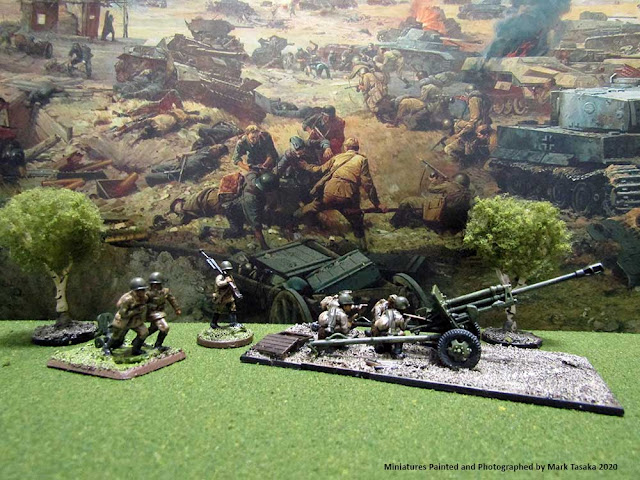 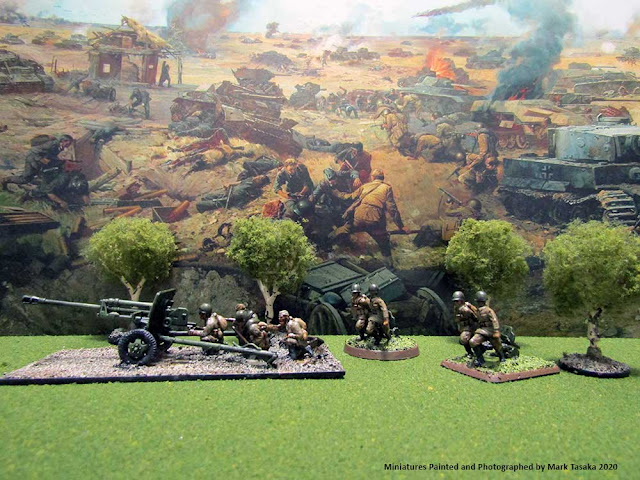