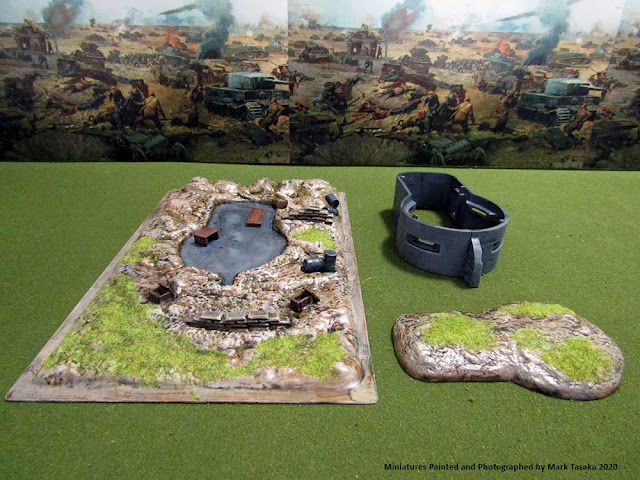 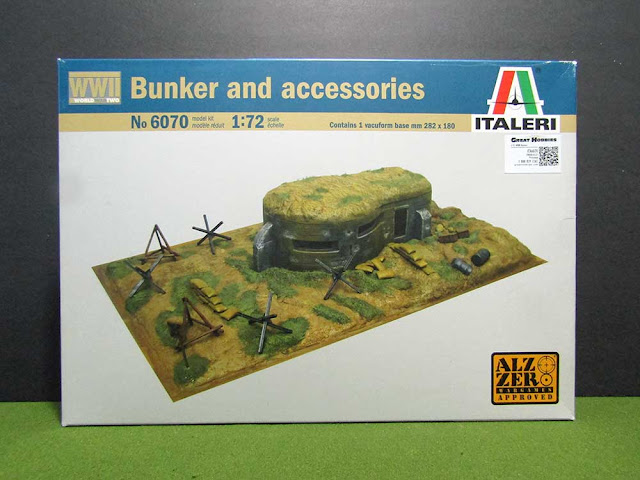 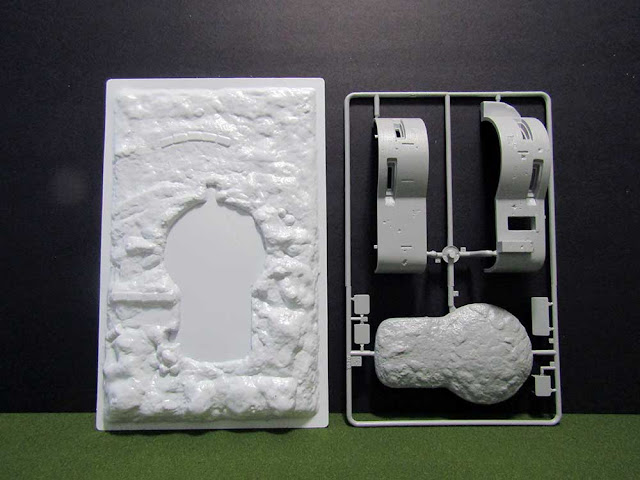 Vacuform base and Bunker sprue 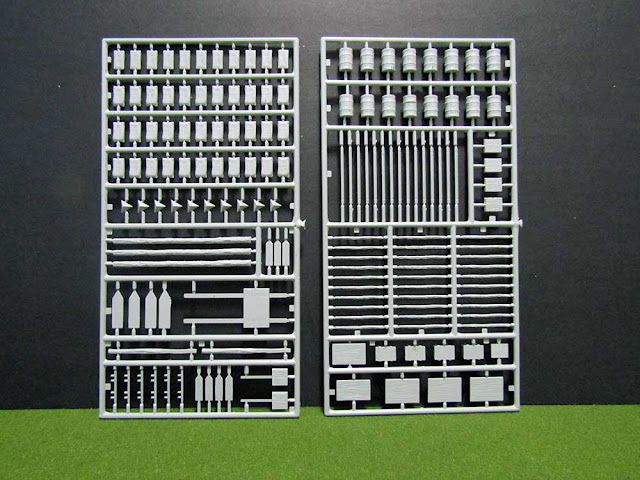 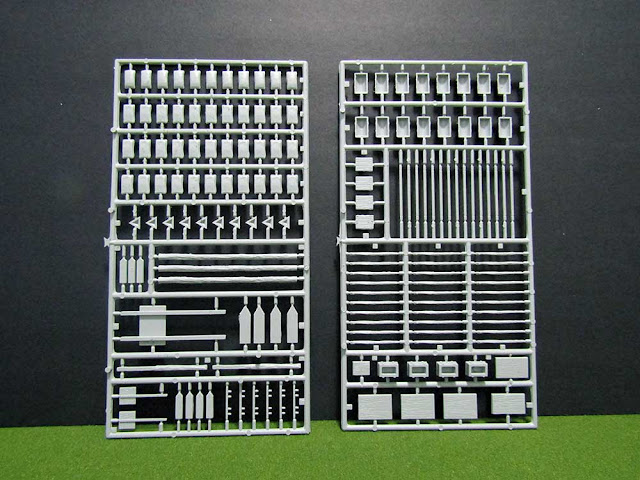 I built and painted the bunker and applied some ‘static grass’ to the base and the bunker’s roof.  I used some components from the accessory sprues to add features (i.e. sandbags, boxes, etc.) to the base and built additional terrain pieces with these. 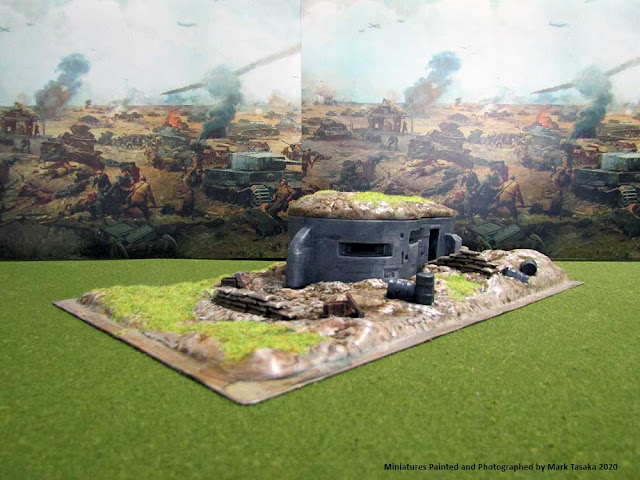 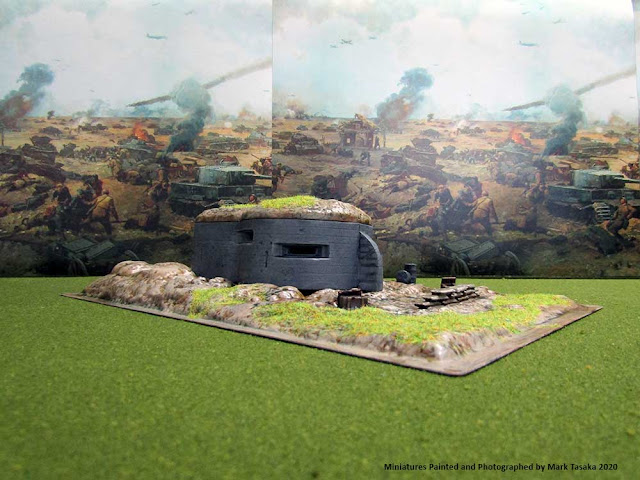 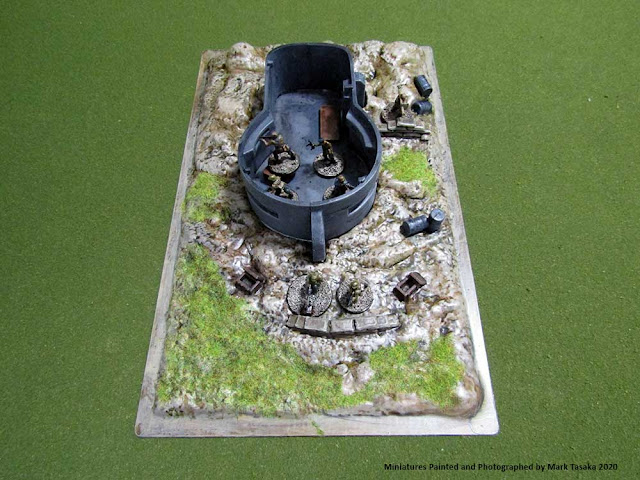 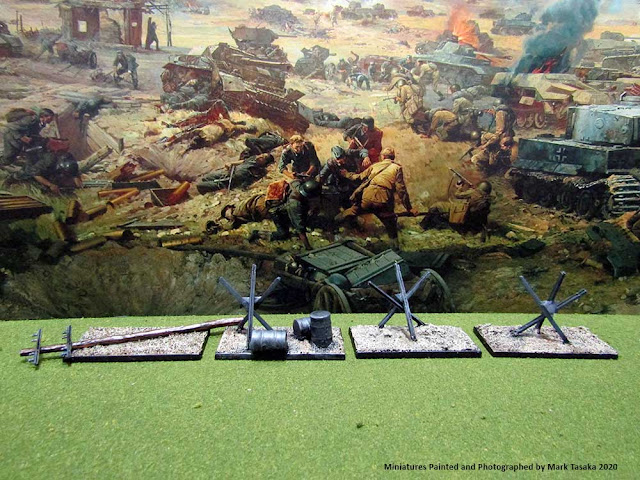 Below are some ‘test shots’ for my upcoming World War 2 miniature website, using the Bunker and Accessories set. 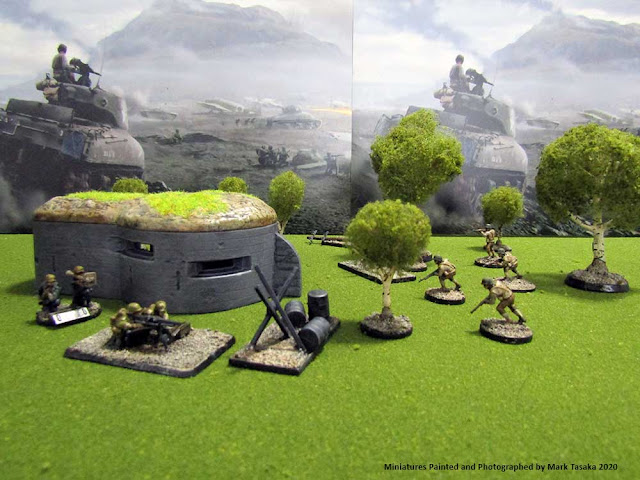 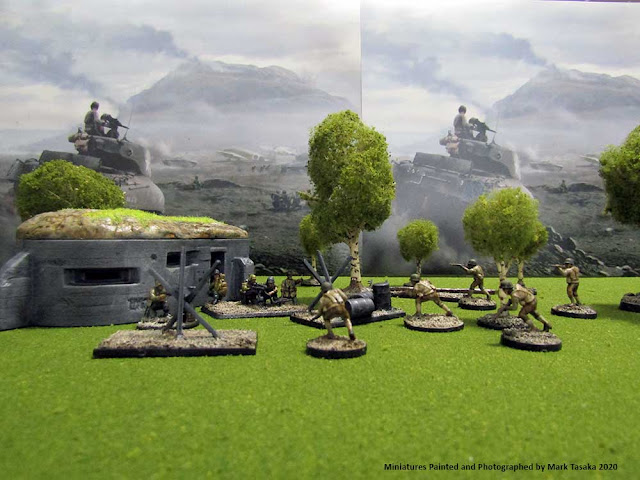 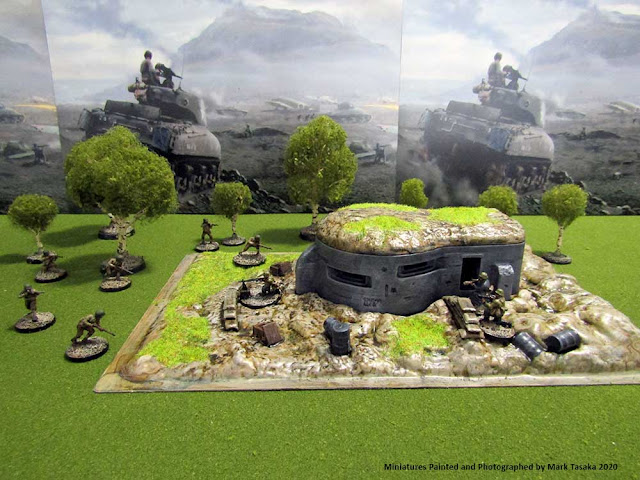 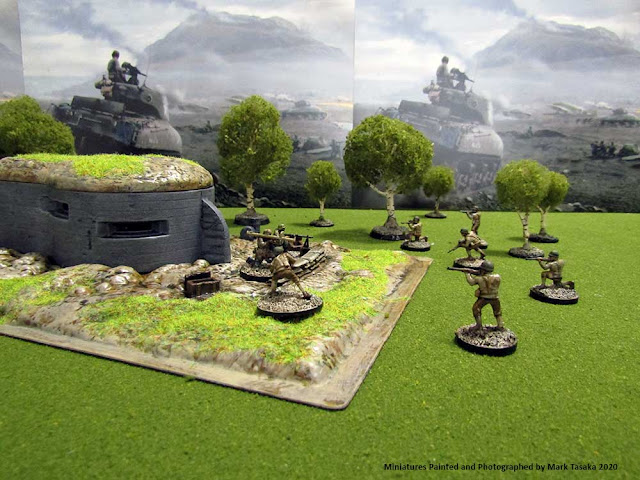