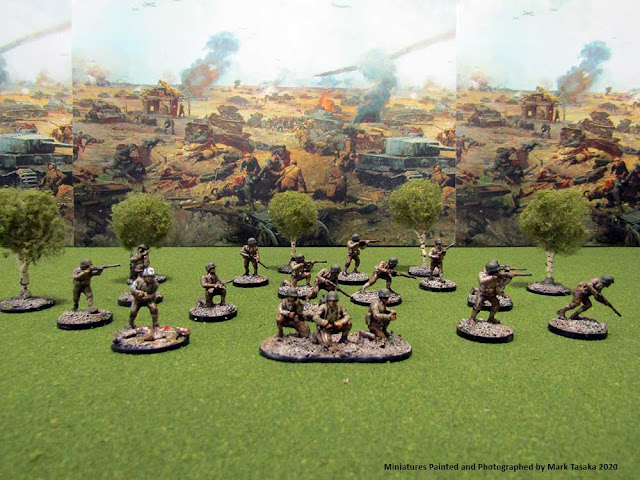 A kneeling sniper with a Springfield rifle

A soldier talking on a SCR-536 hand-held radio transceiver

An NCO/Officer talking on the SCR-300 radio transceiver

A soldier with a Thompson submachine gun

A spotter with binoculars actively scanning the area 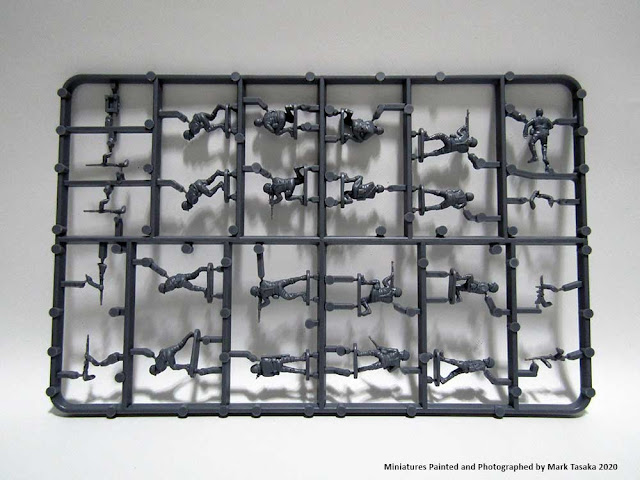 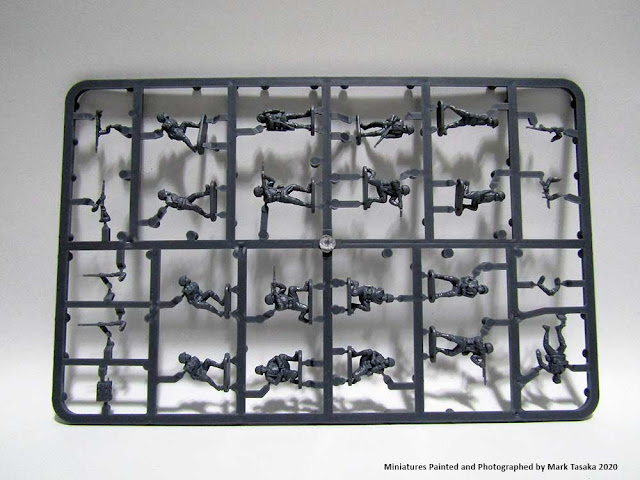 I painted the last sprue of this set, which includes the figure listed above (the first two sprues were used for the African-American U.S. 92nd and 93rd Infantry Divisions; please see previous U.S. Infantry post for more details). 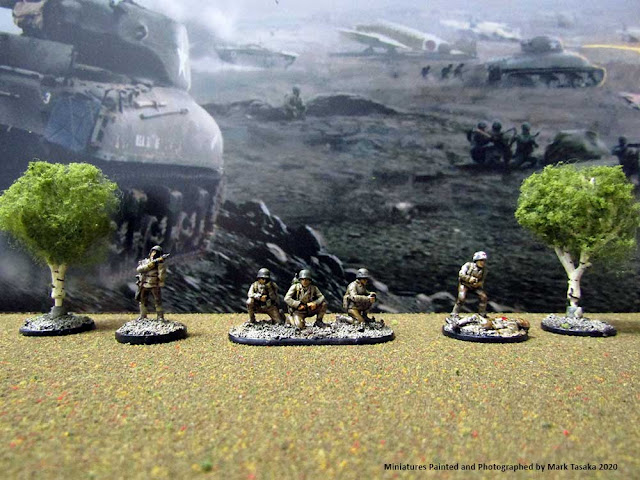 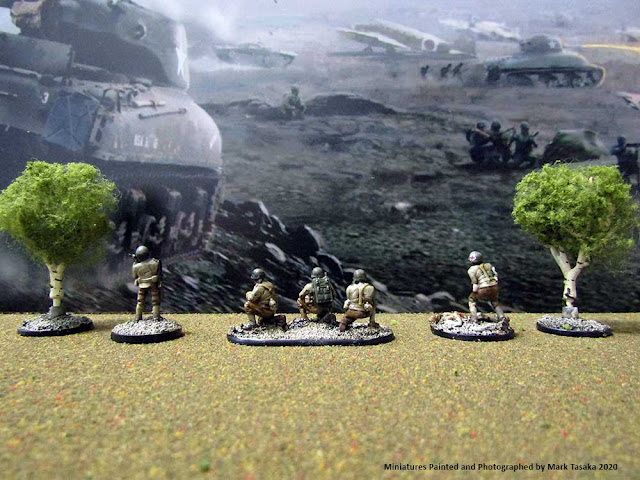 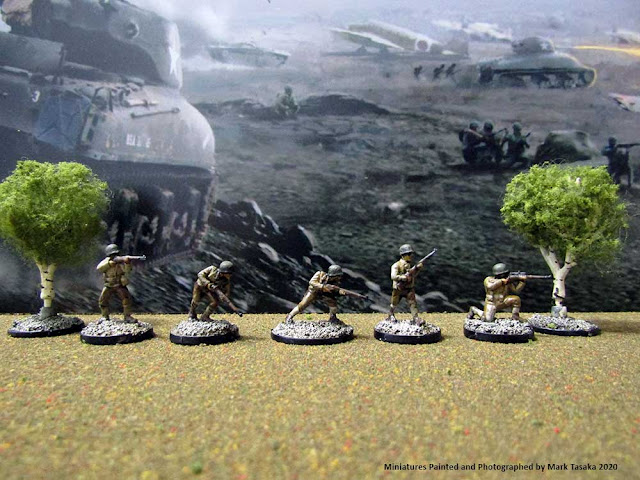 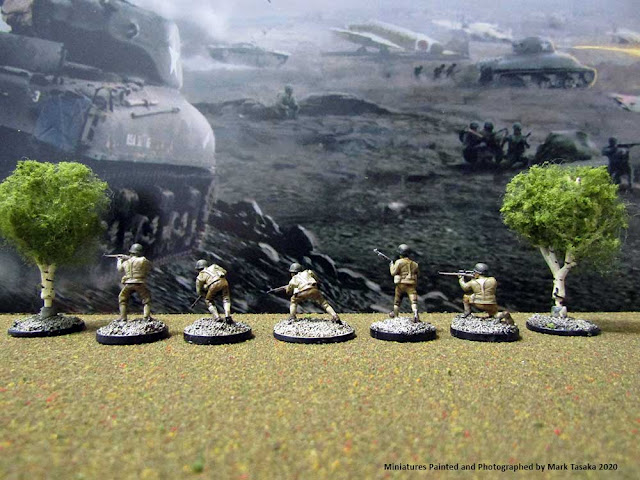 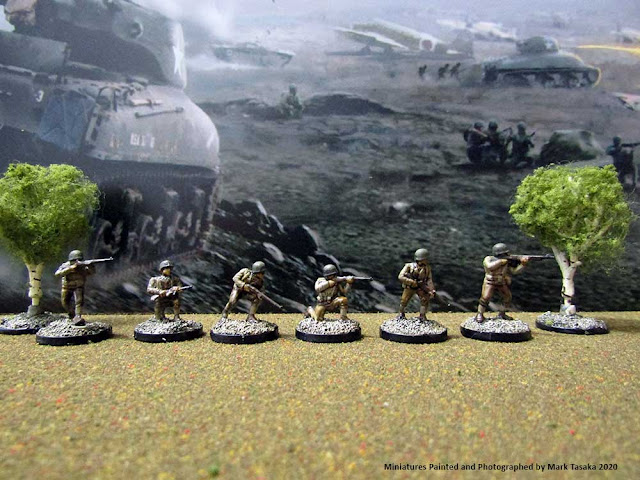 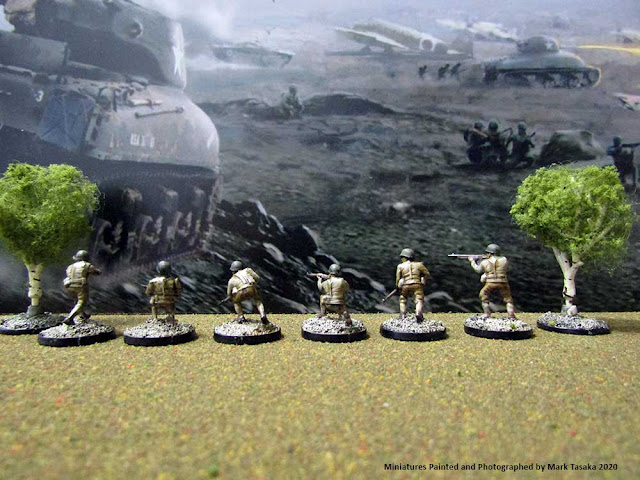 The below photos include miniatures I painted from earlier posts. 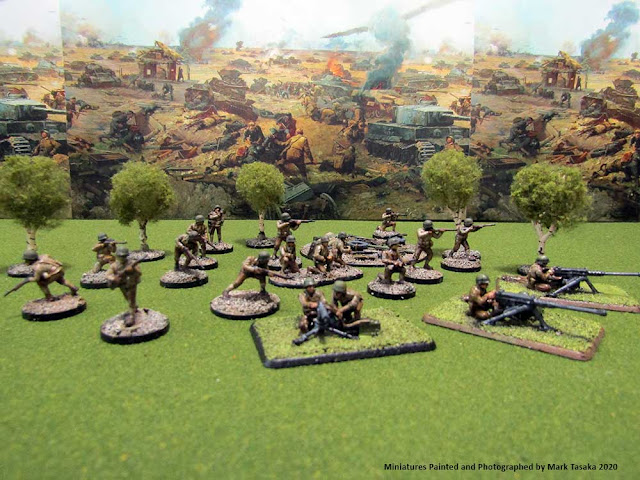 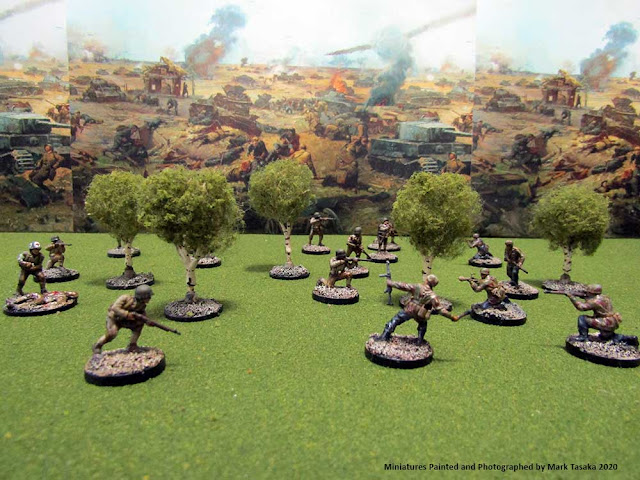 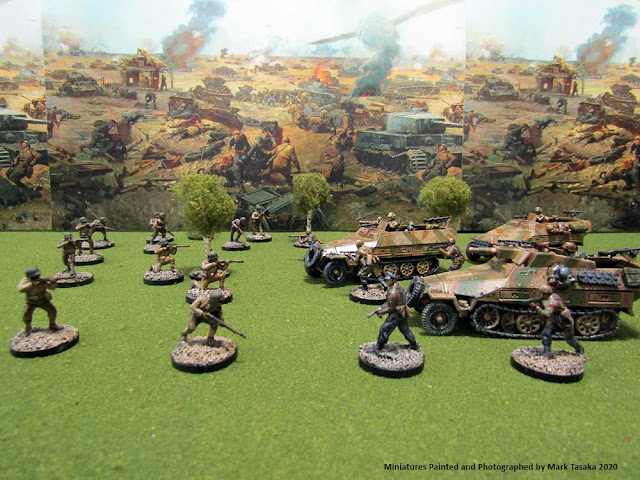