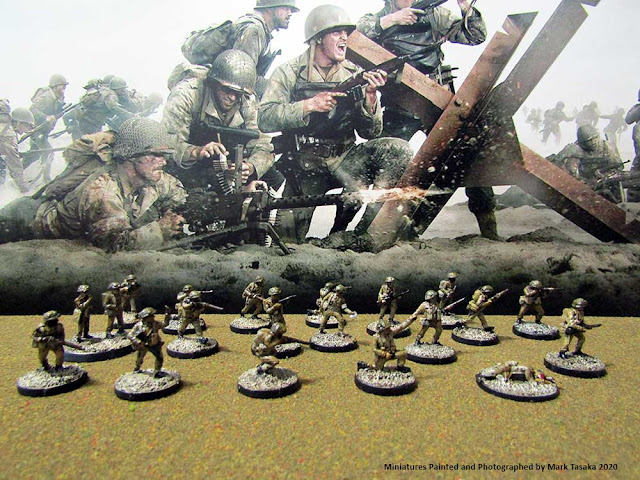 The Plastic Soldier Company produces a 1/72 scale (20mm) set of Late War British Infantry 1944-1945.  The figures wear MK III ‘Turtle’ helmets, which were issued from 1944 to the end of the war.  Nicknamed the ‘Turtle Helmet’ due to its resemblance to a turtle’s shell, the MK III helmet provided a greater area of protection than the Brodie Helmet: The standard issue combat helmet for British and Commonwealth soldiers at the start of the war.  This set contains three sprues of 22 figures (66 figures in total), with options available to armed certain figures with either a Lee-Enfield rifle, a Sten submachine gun or a Bren light machine gun.  A breakdown of the figures on each sprue is as follows: 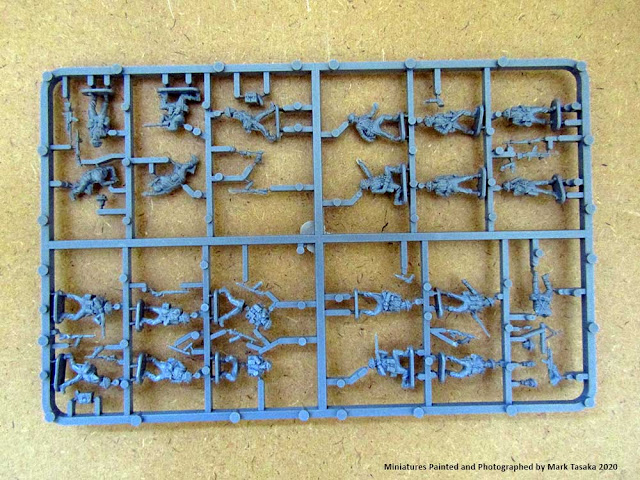 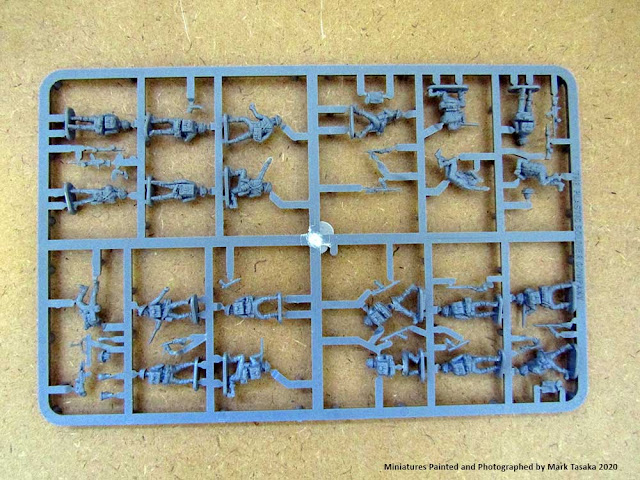 As a Canadian, I decided to paint these miniatures as soldiers of the 3rd Canadian Infantry Division, who stormed the beaches on Normandy (Juno beach) on June 6, 1944 (D-Day).  Due to some modelling mistakes on my part, I was only able to build and paint 19 of the 22 figures. 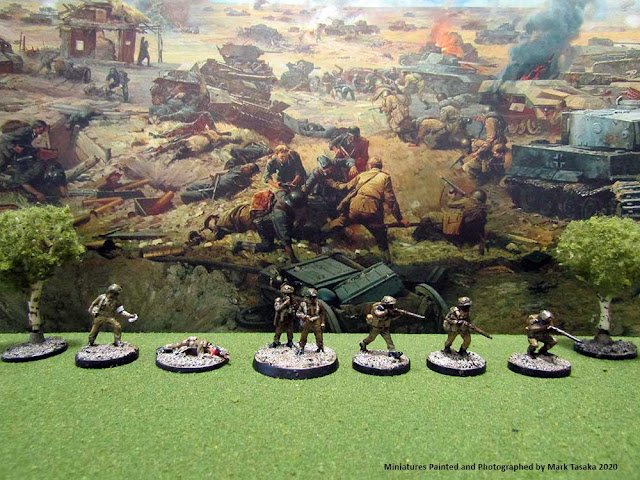 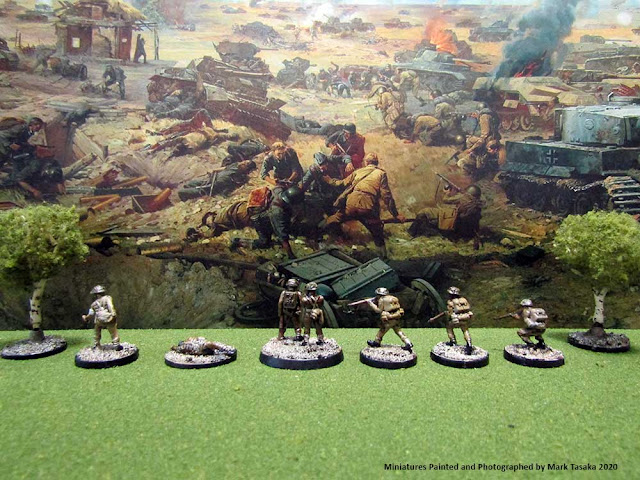 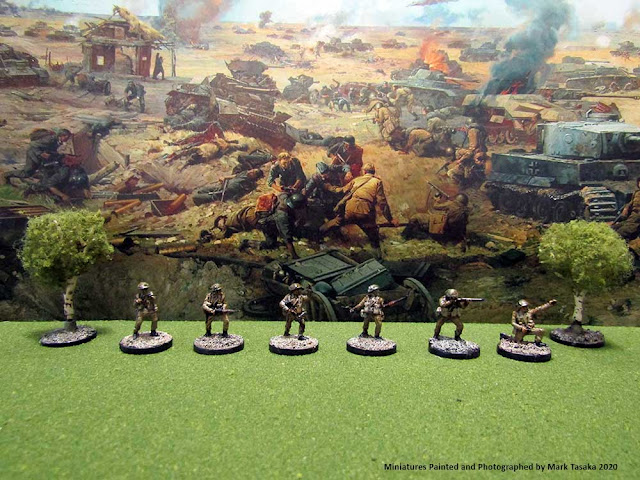 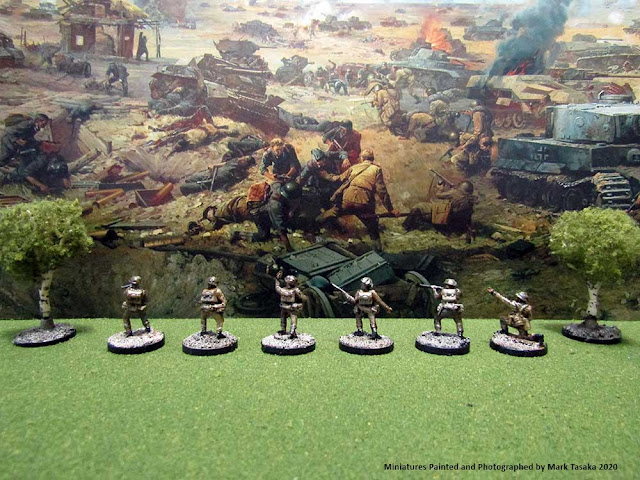 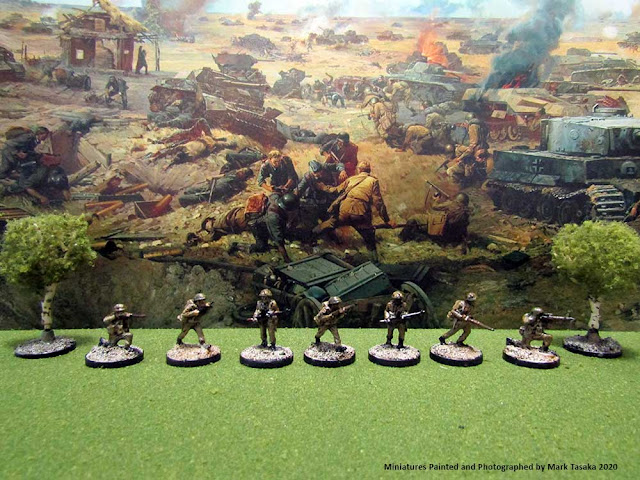 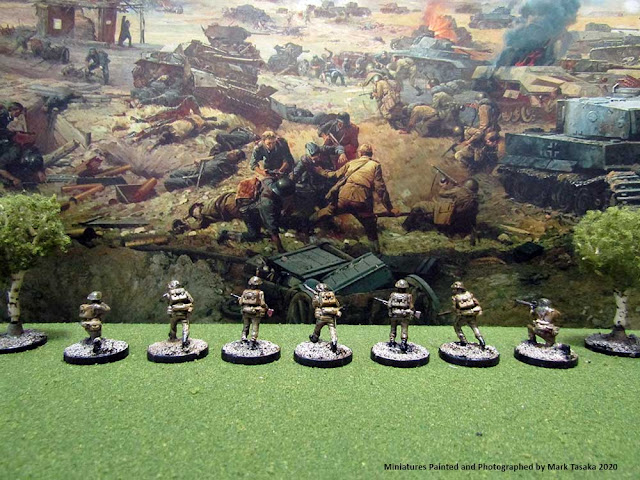 While the U.S. Army had segregated units (i.e. the 92nd Infantry ‘Buffalo’ Division), the Canadian army did not; thus, Canadians of Coloured served in various military units.  To represent this, I painted some of the soldiers as People of Colour. 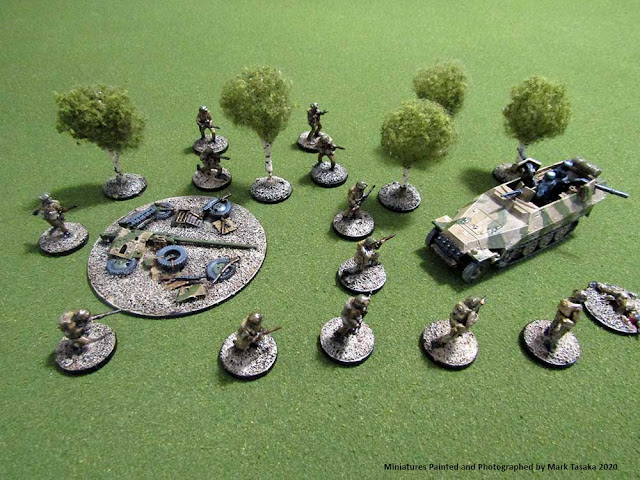 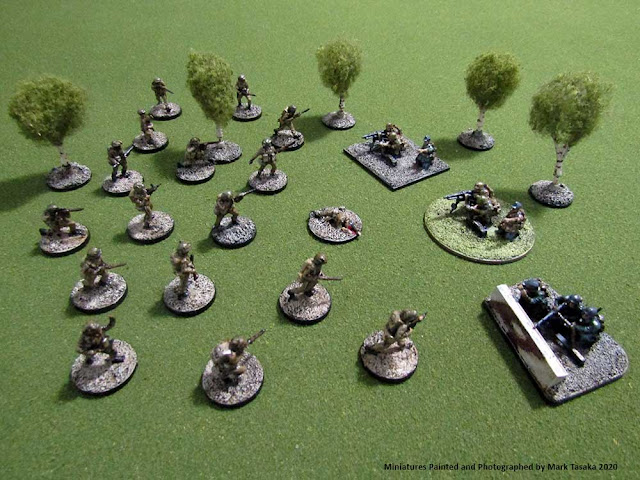 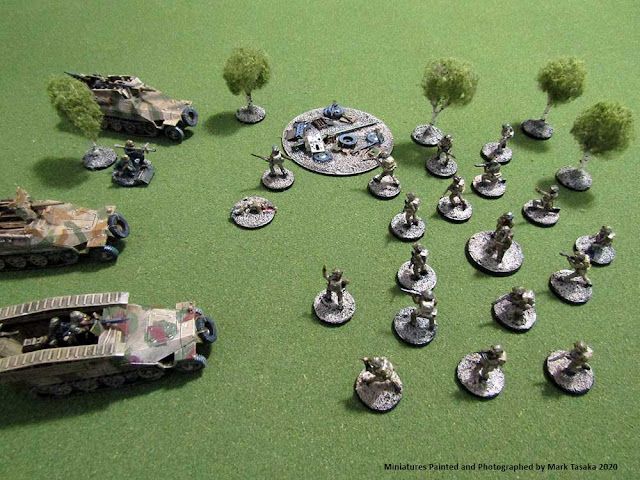 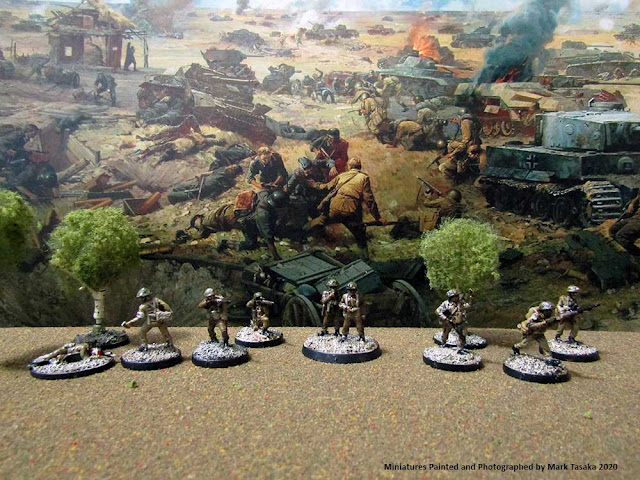 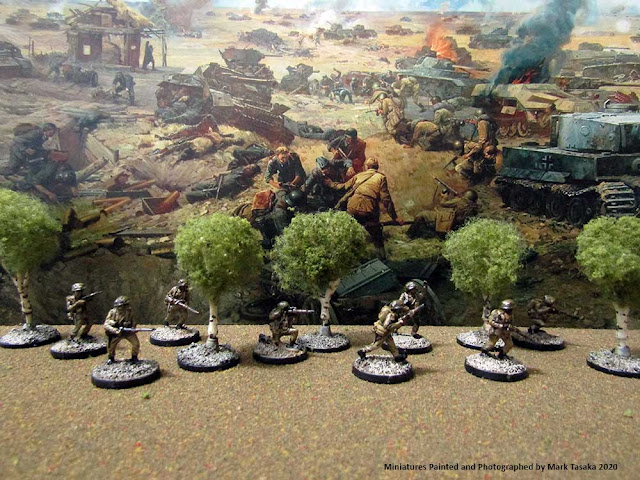