Included are my most recent drawings/sketches for ‘White Box: Eastern Adventures’, an Old School Revival game I am designing.  For more information of this game, please visit my previous posts in this series (part 1, part 2 and part 3). 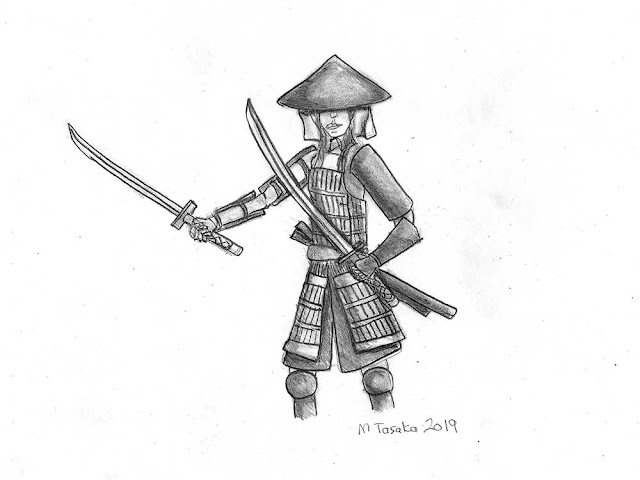 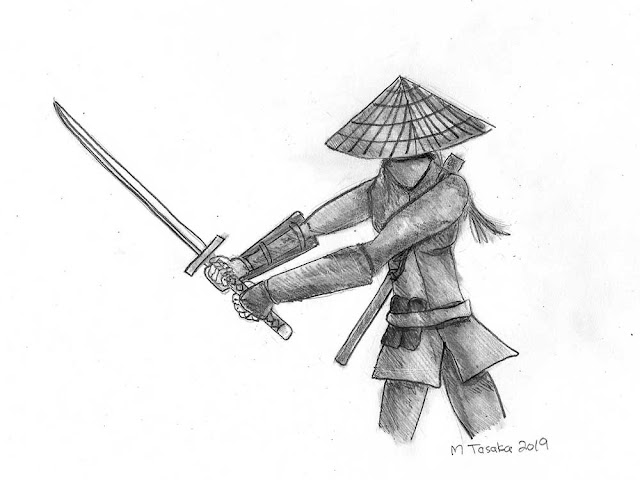 The Ninja (Eastern Adventure’s equivalent of the Thief class) 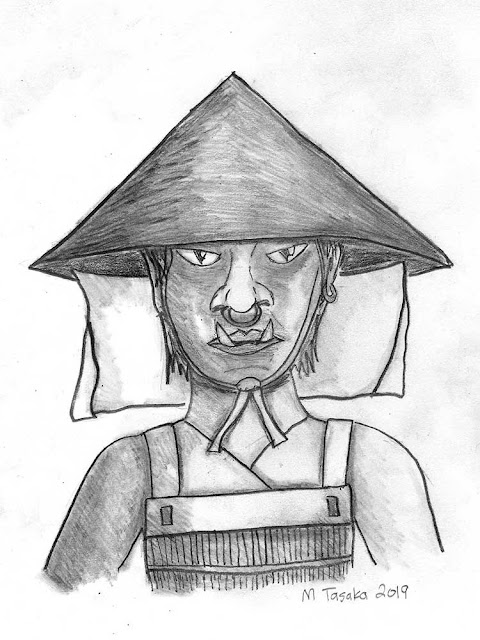 A greater bakemono; a monster similar to the hobgoblin. 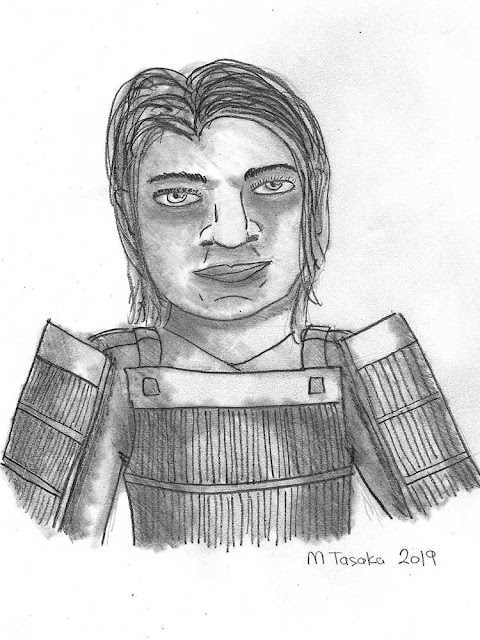 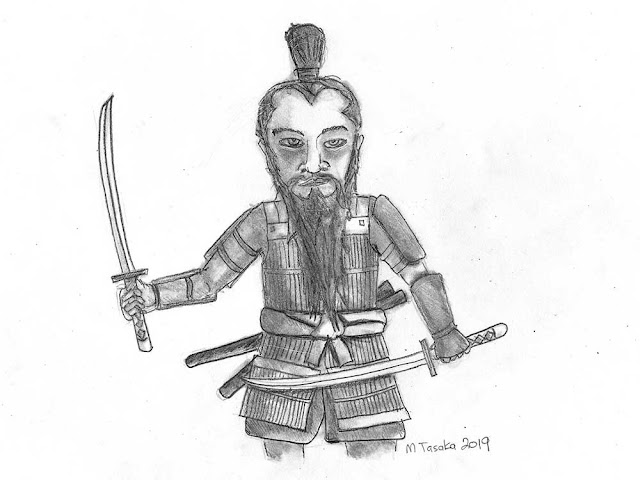 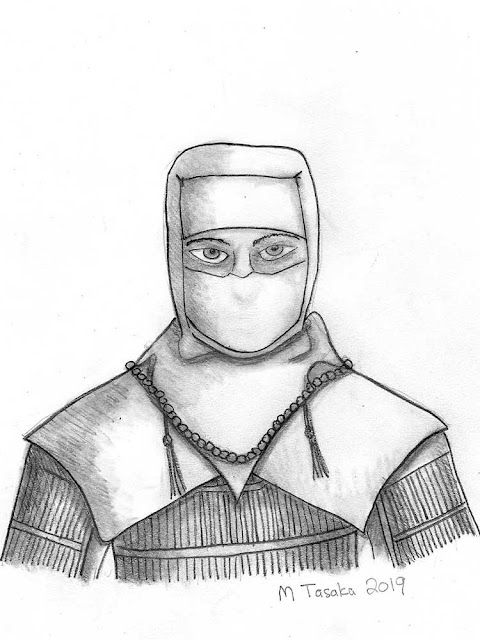 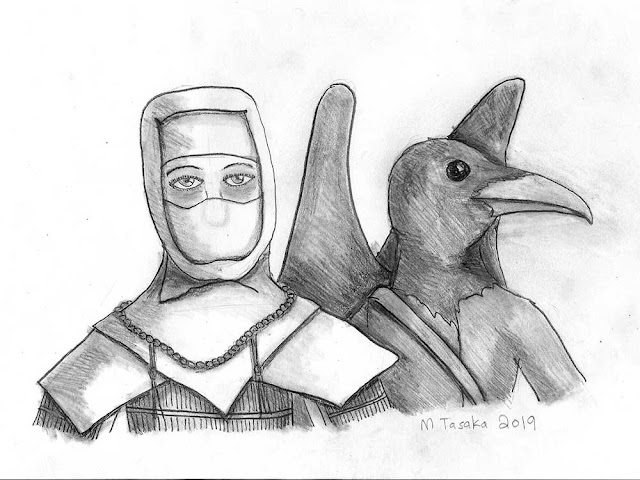 A female Sohei Warrior Monk and a Tengu Ninja
at February 17, 2019 No comments: 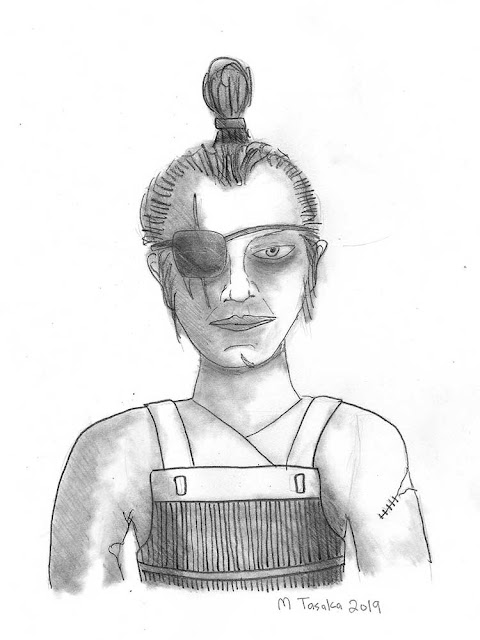 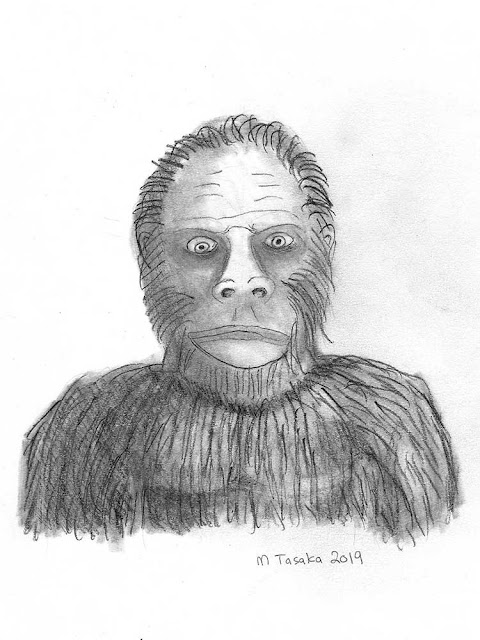 Hibagon are the Japanese version of Sasquatch (Big Foot). 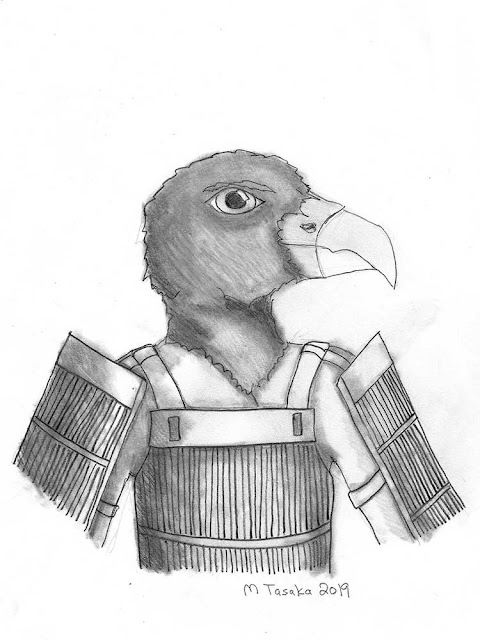 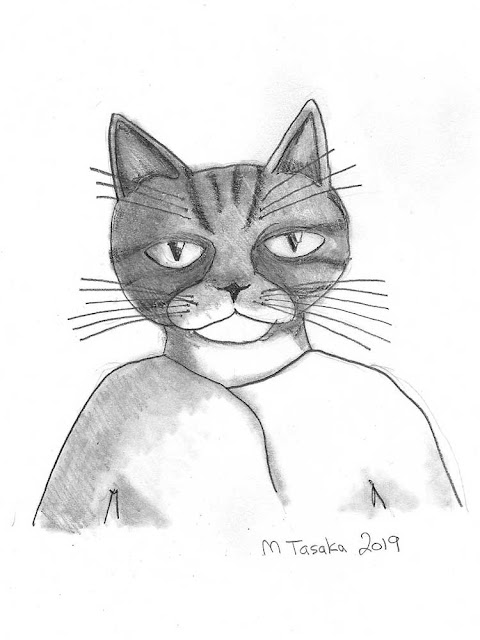 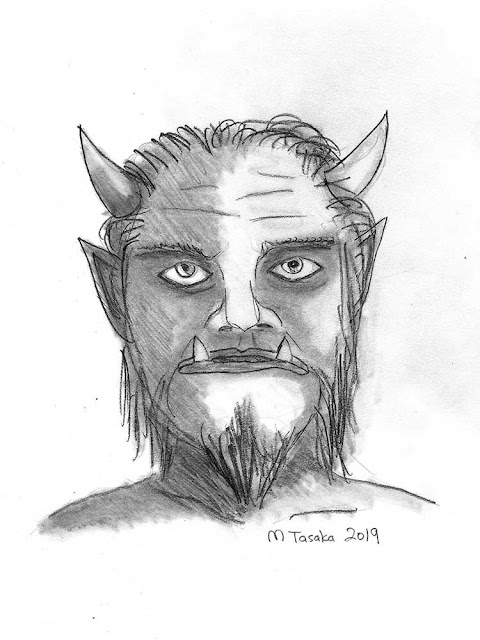 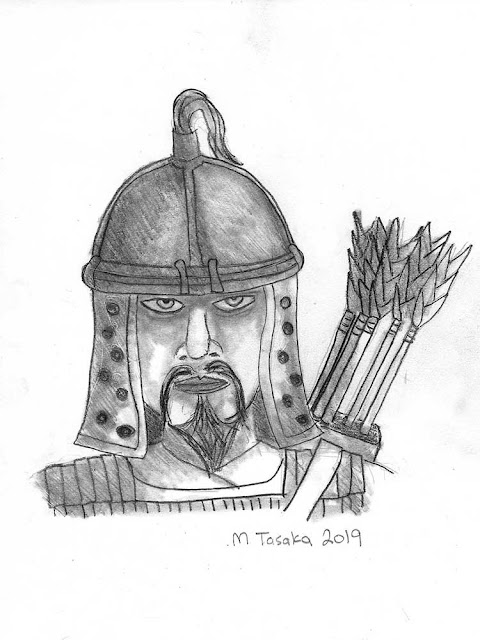 Soldiers will appear in the human section of Chapter 8: Monsters.  I found my inspiration for this illustration from Genghis Khan era Mongolian armour. 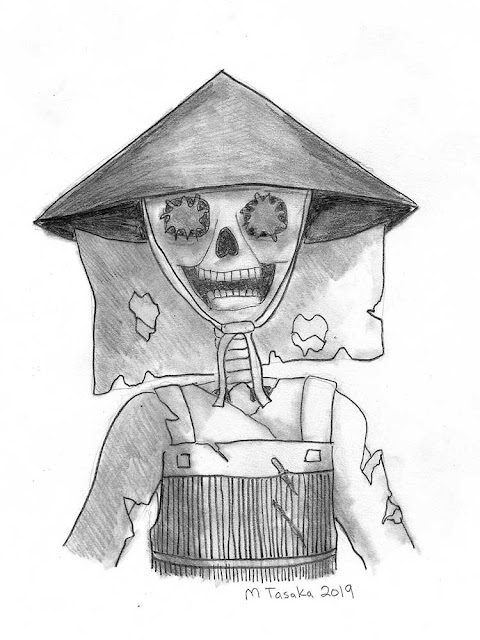 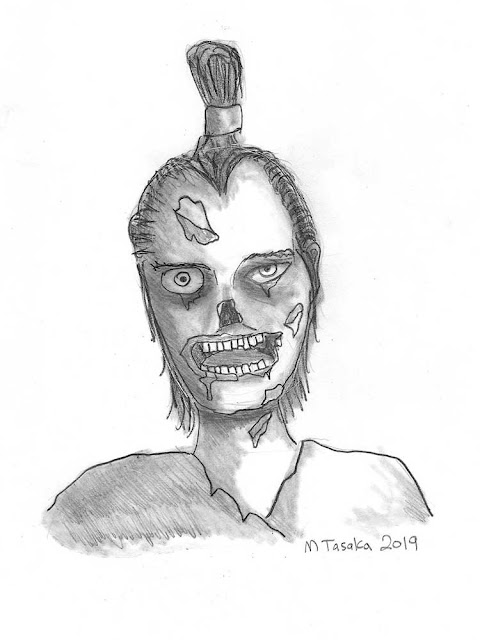 A zombie with a Japanese style ‘top-knot’. 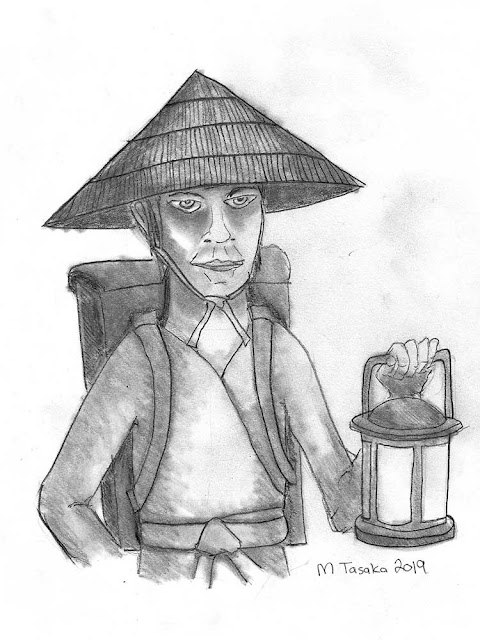 This illustration is for Chapter 5: Hirelings. 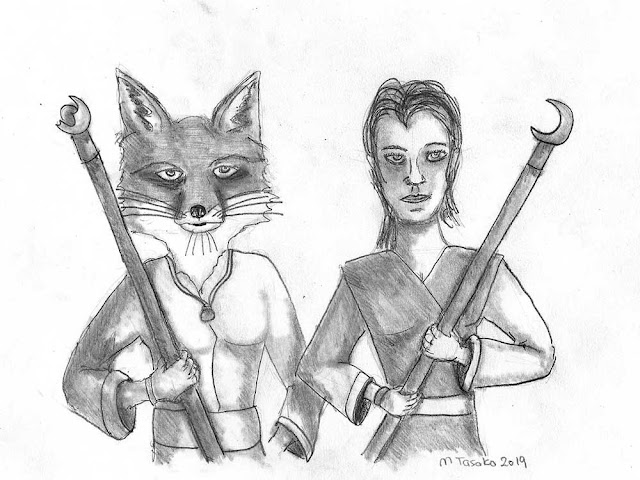 This illustration is for Chapter 7: Spells.

I have been working on some more illustrations for ‘White Box: Eastern Adventures’.  Eastern Adventures is a game I am writing based on Swords and Sorcery’s White Box RPG system and set in a medieval Japanese fantasy setting. 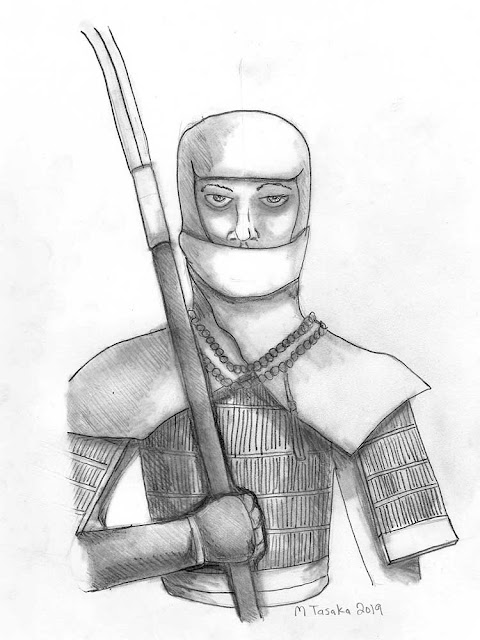 This drawing of the Sohei Warrior-Monk will likely appear in the character classes (Chapter 2) or spells (Chapter 7) chapter of the book. 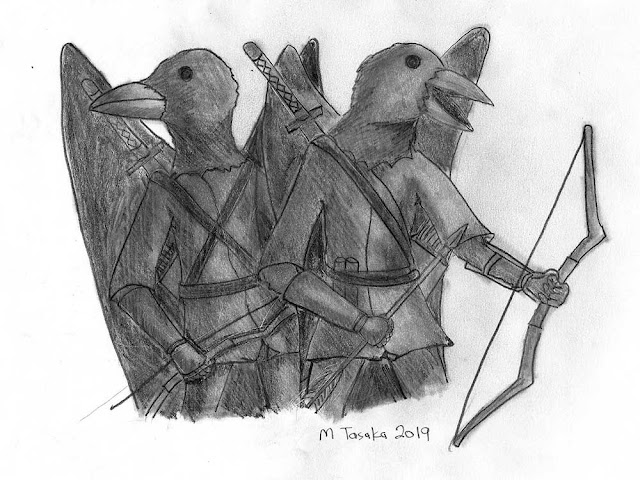 I was unhappy with my original drawing of the Tengu; thus, I came up with this illustration. 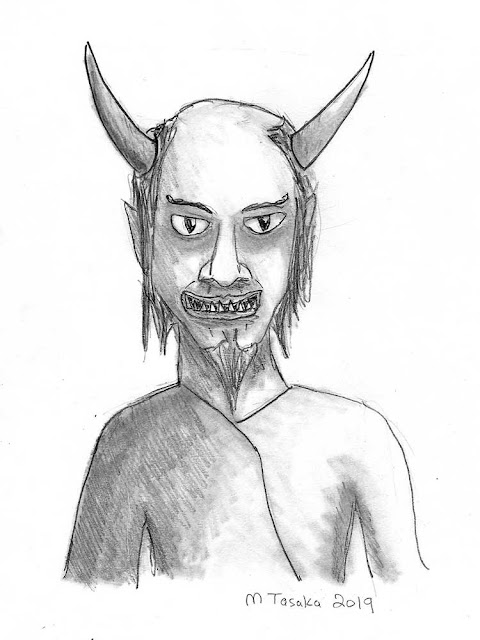 This is a drawing of an Oni; one of the monsters appearing in Chapter 8: Monsters. 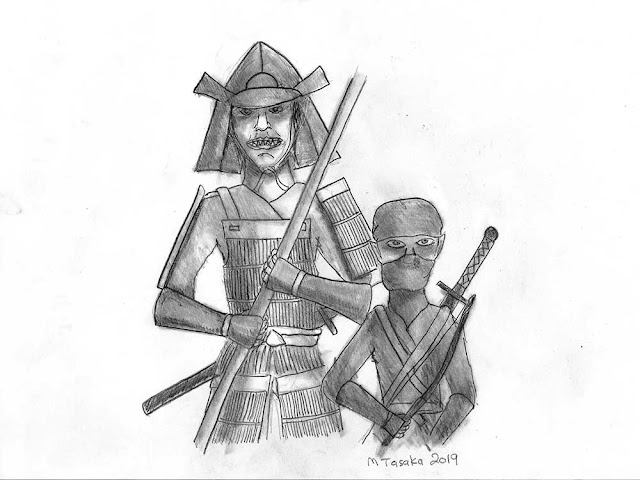 Another drawing for Chapter 8: Monsters.  This illustration shows the size difference between the Greater Bakemono and the Lesser Bakemono. 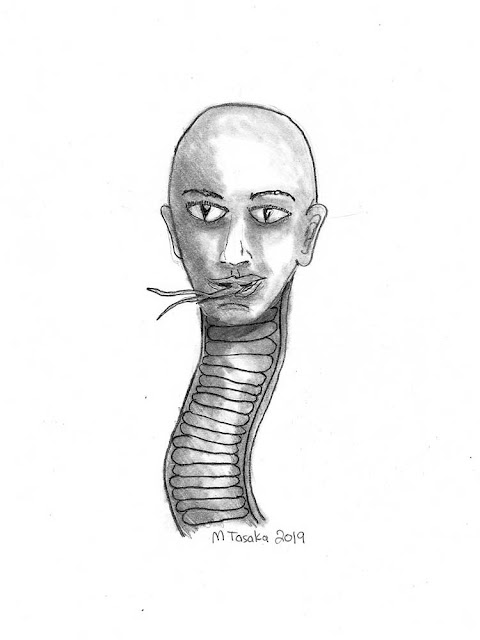 This illustration is of a Nure-onna; an intelligent race of giant snakes possessing human faces. 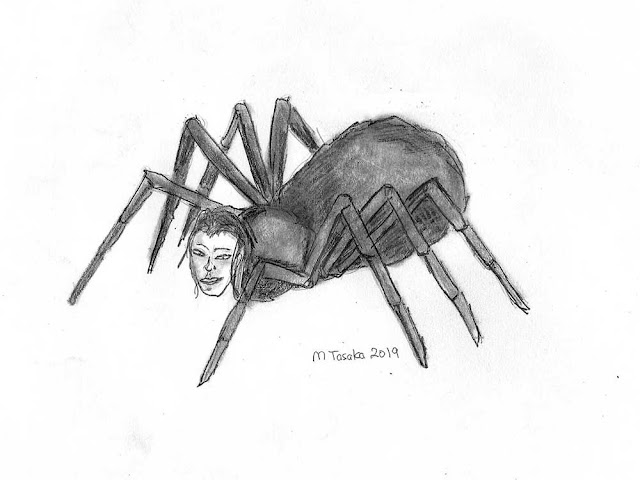 This drawing is of a Tsuchigumo; a race of giant spiders possessing human faces.