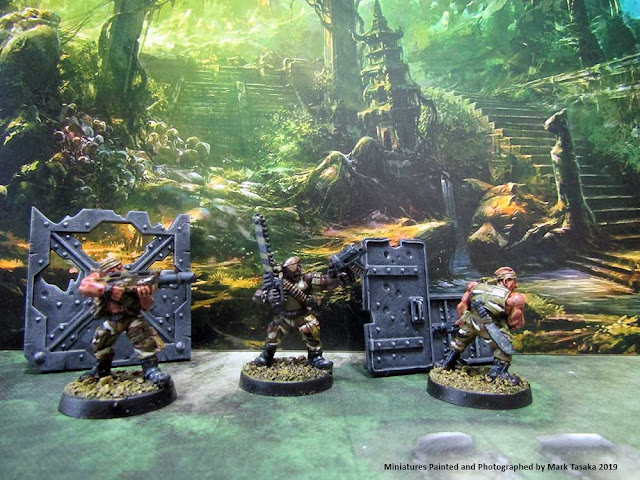 I purchased a small collection of assorted metal guardsmen from eBay a year ago.  This collection includes the five Catachan miniatures shown in this post: Colonel ‘Iron Hand’ Straken, a Catachan Officer with a bolt pistol, a meltagun assault weapons trooper and two jungle fighters with lasguns. 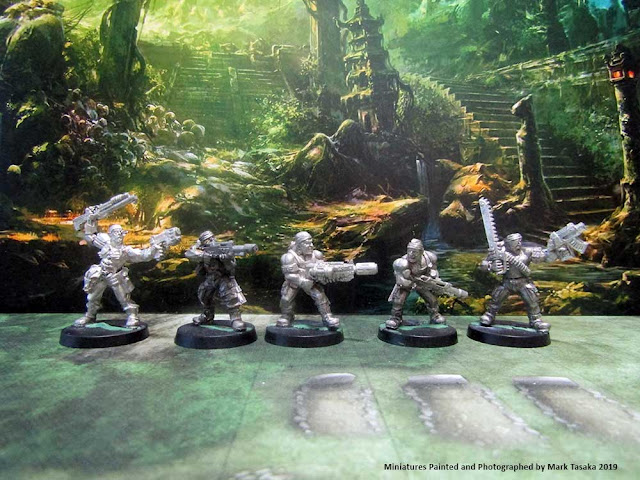 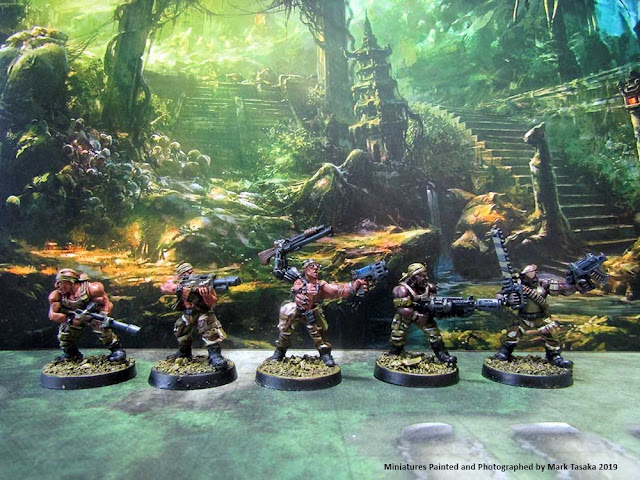 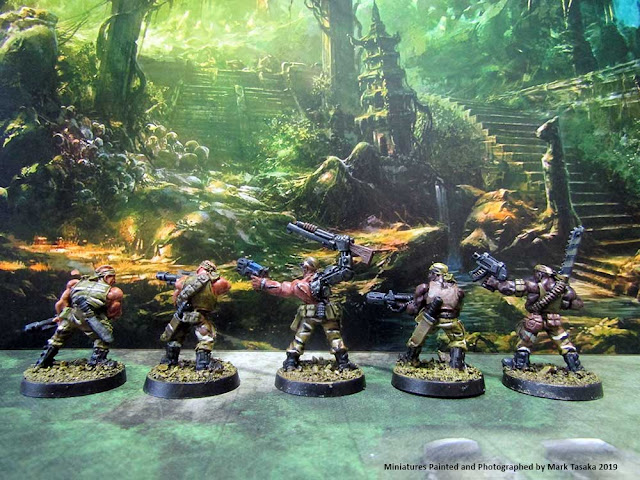 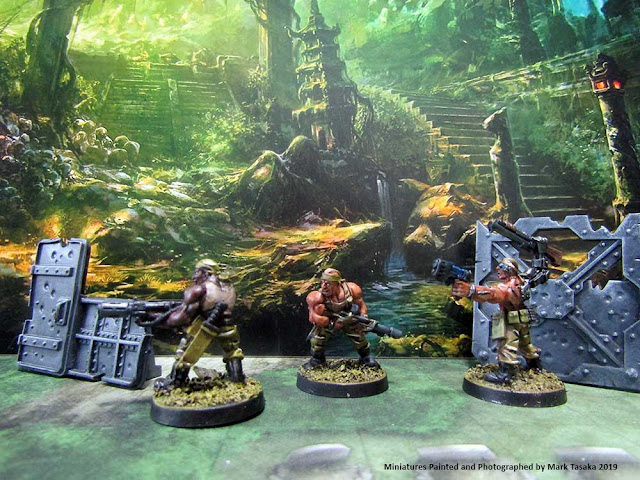 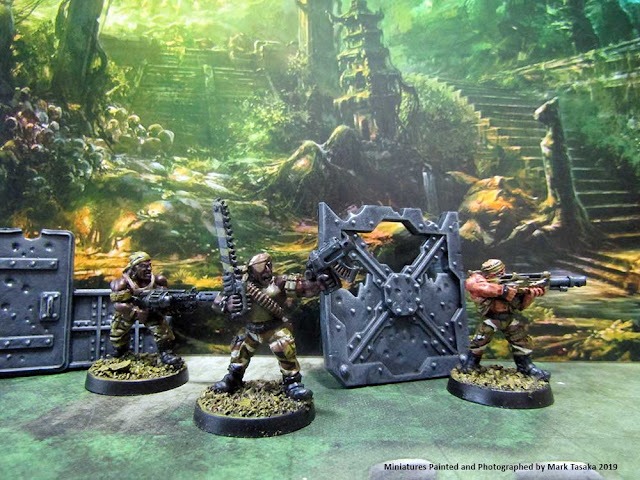 The next post in this series (part 2) will explore four more metal Catachan Jungle Fighters, which includes the female grenade launcher jungle fighter (one of four female metal guard miniatures produced in the 1990s). 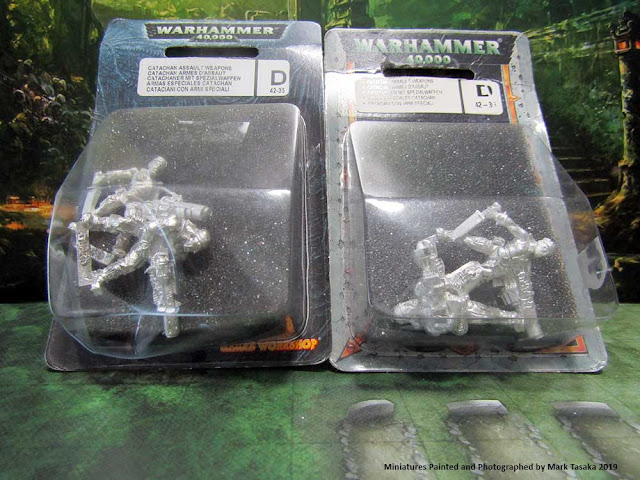 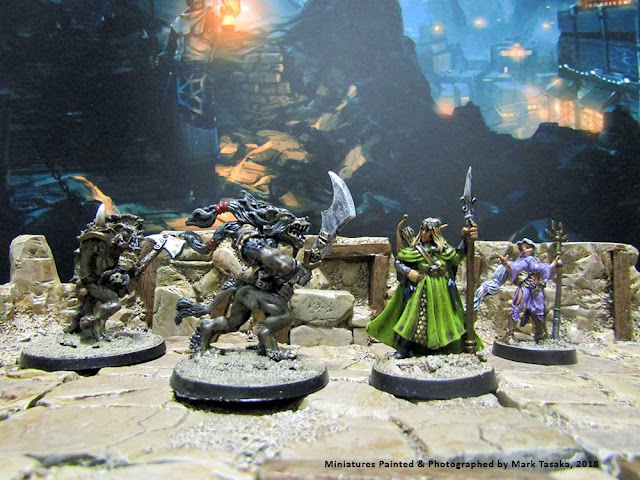