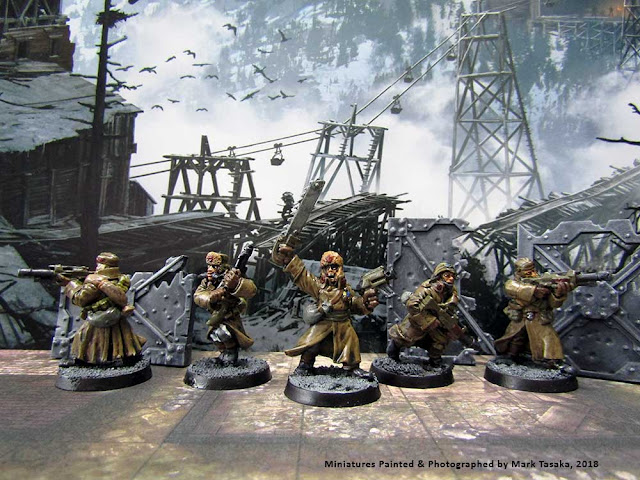 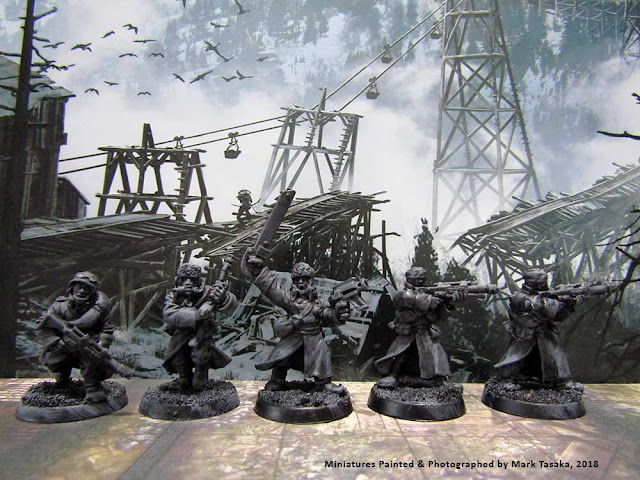 My painting inspiration for the Valhallan Ice Warriors came from the Soviet winter combat uniforms of World War 2; the Soviet winter uniforms were khaki in colour and had red collar patches. For these miniatures, I wanted to capture the contrast created between the red collar patches and khaki colour of the uniforms.  Before I start painting, I like to create backstories for the miniatures; I find this helpful in the painting process, especially when it comes to selecting colour patterns for the miniatures.  For this squad of Valhallan Ice Warriors, I envisioned the clothing and equipment carried by the soldiers as a combination of standard military issued items and personal gear (equipment purchased by the soldiers themselves, surplus from other units, gear looted from the battlefield, etc.). 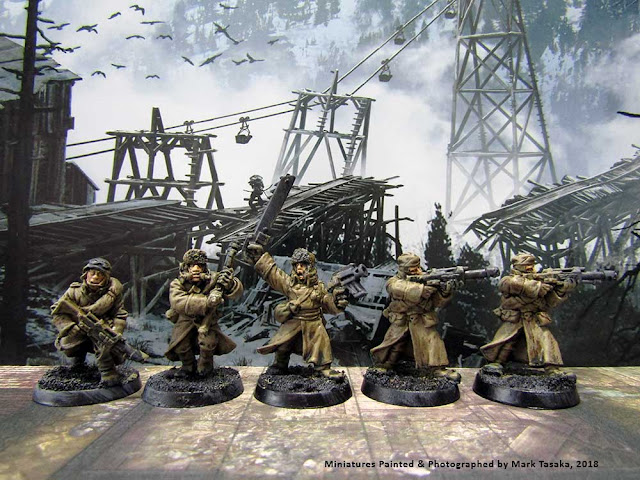 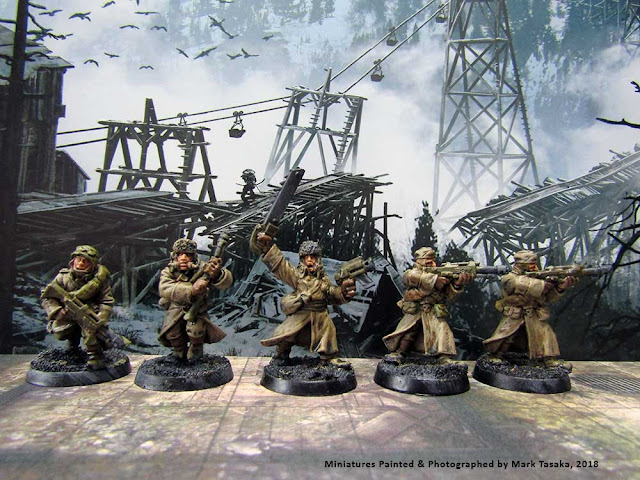 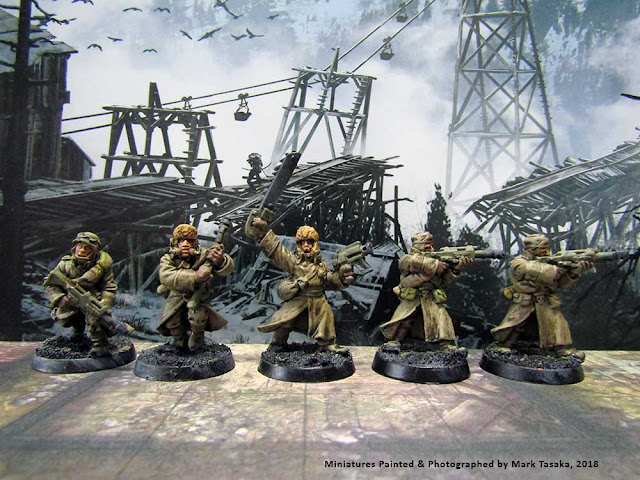 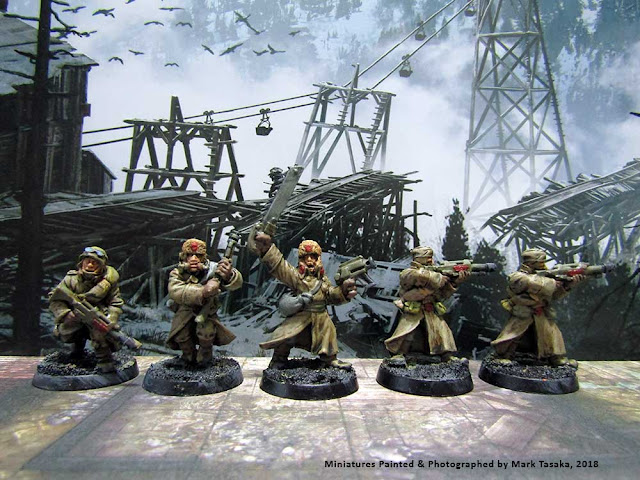 Winter Jackets & Markings: I used Tamiya Khaki XF-49 for the base colour for the heavy winter jackets, with Reaper 09278 Gory Red being used for the red markings and insignias. 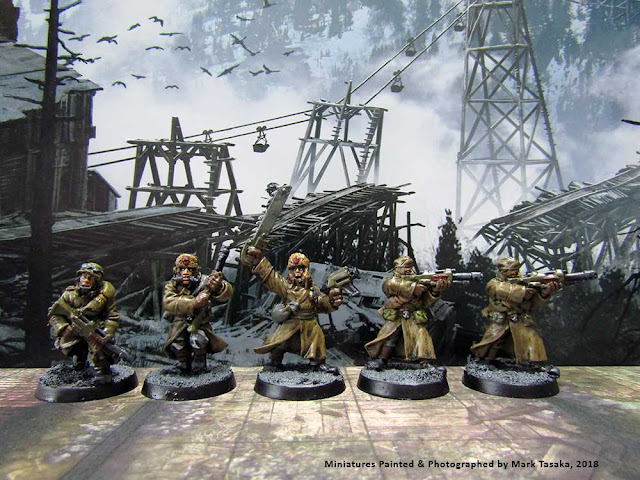 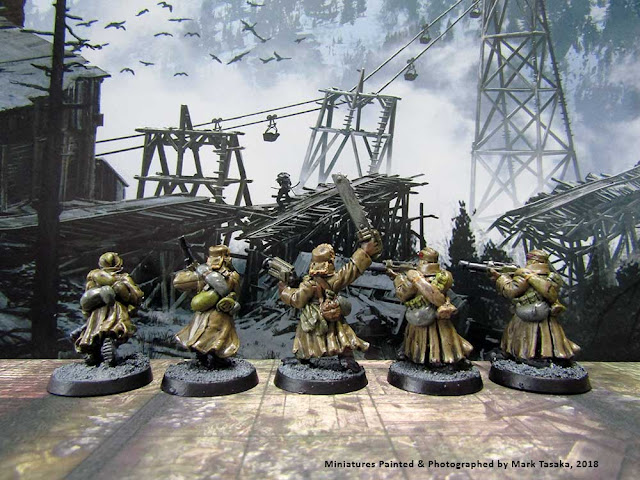 Personal Gear: The personal gear are the articles of clothing and gear the Ice Warriors provided themselves; these include such items as pants, shoulder strap bags, canteens and ammo pouches.  A variety of colours and patterns were used to paint these items, reflecting the variety of sources the Ice Warriors obtained these items from. 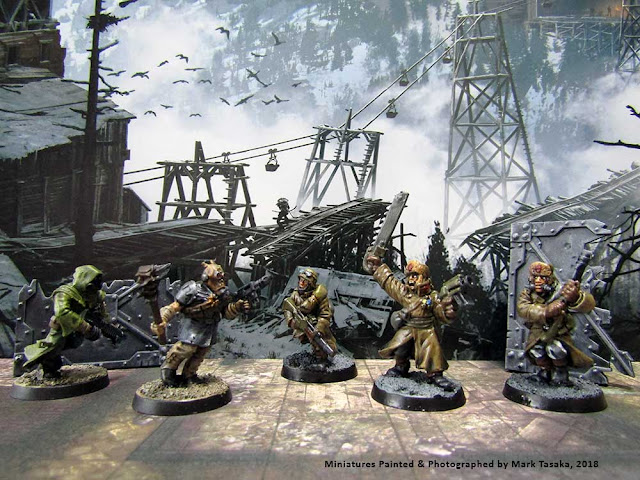 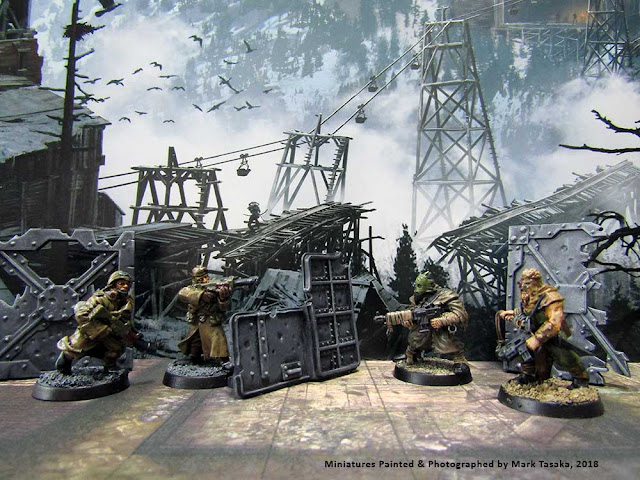 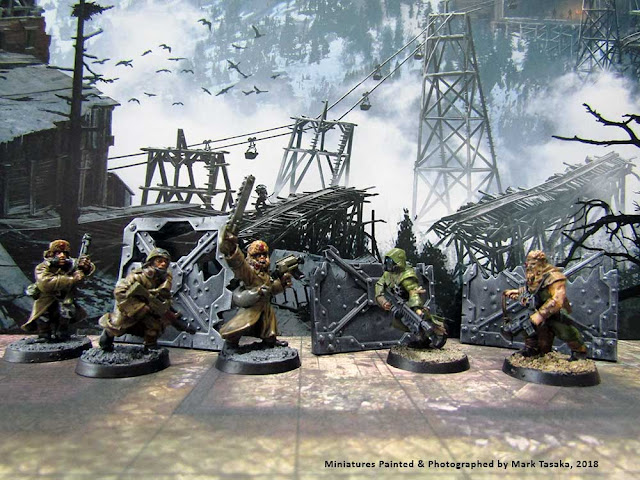 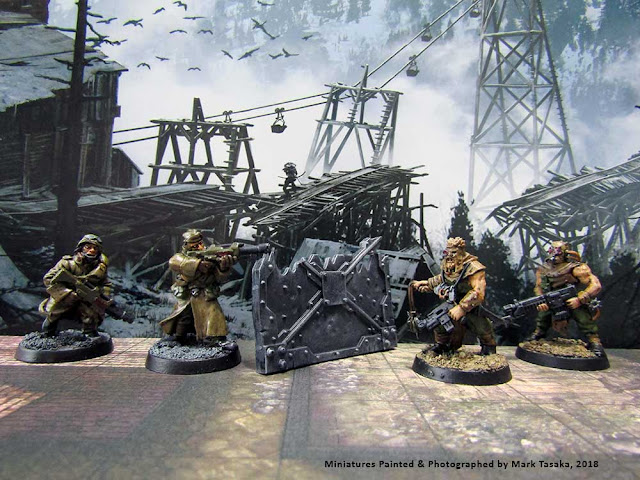 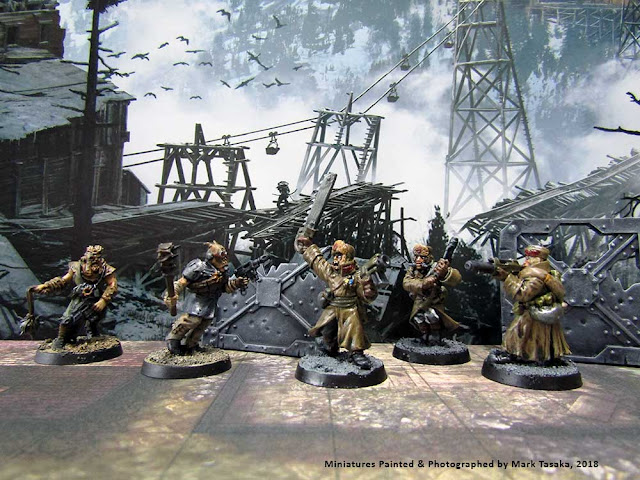 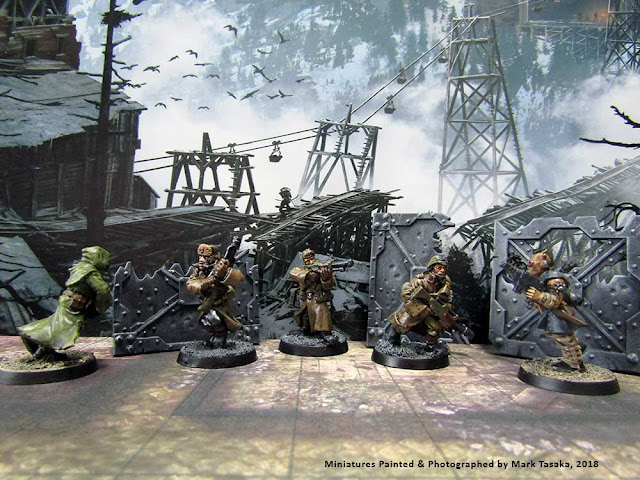 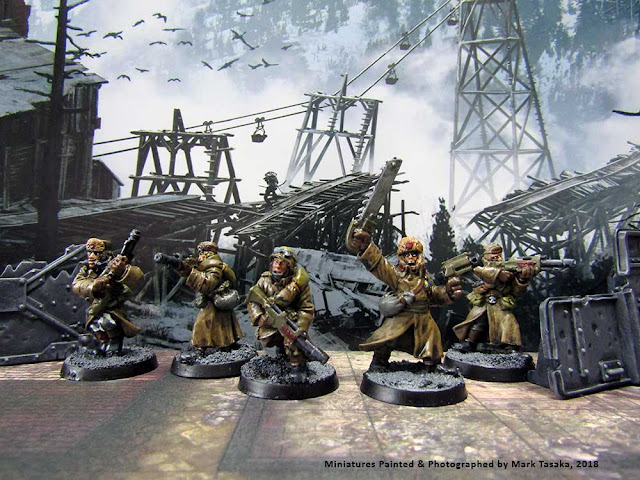