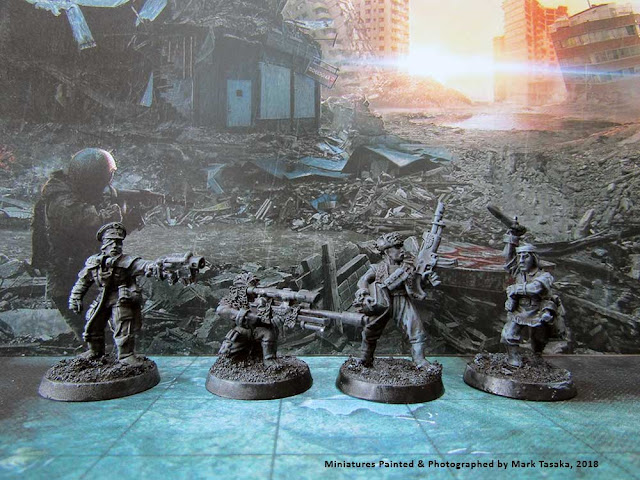 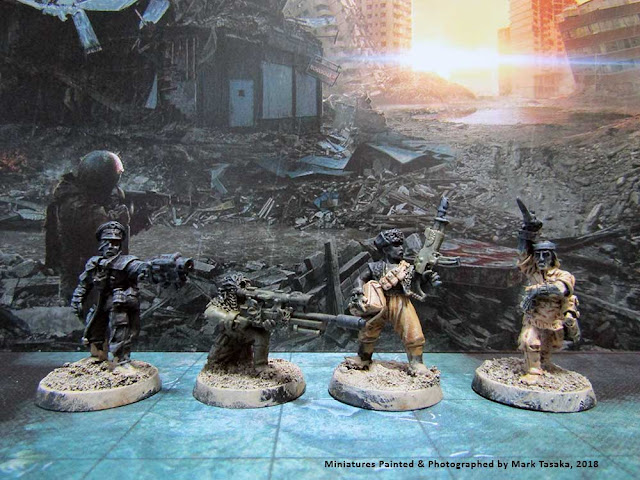 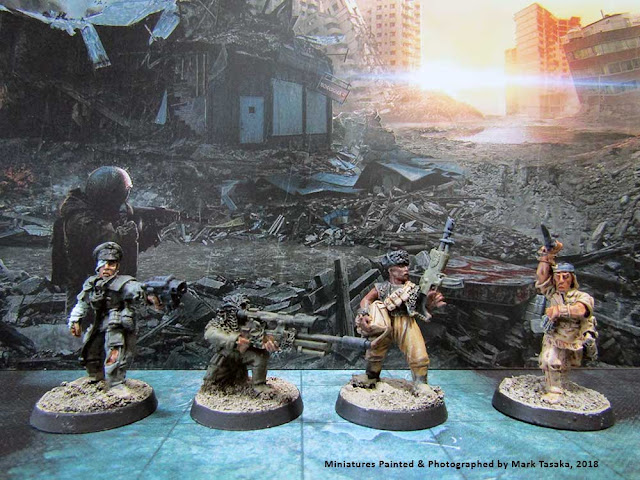 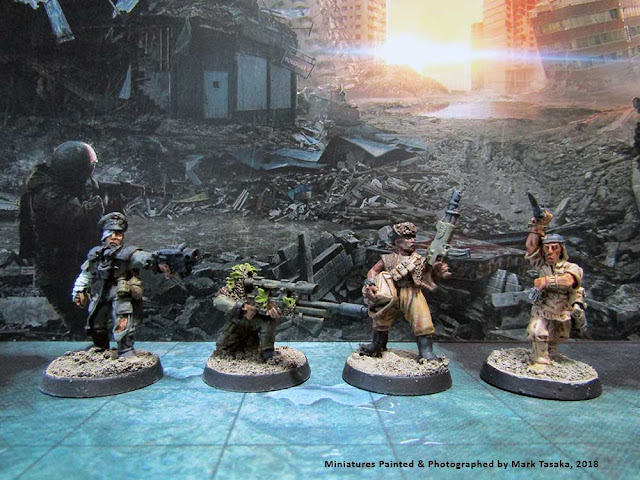 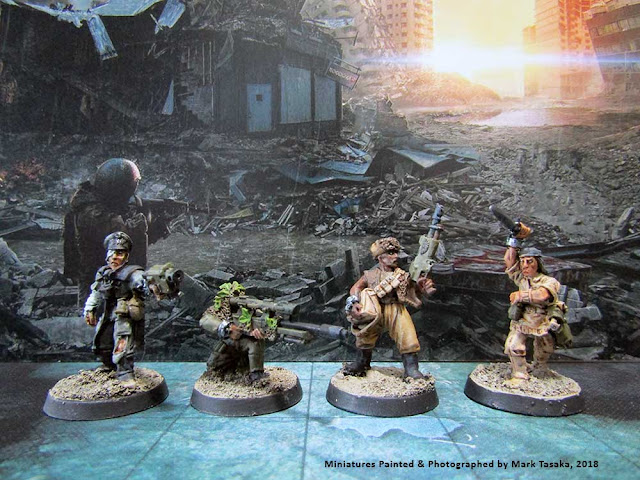 Inspiration: While the name of ‘Grease Monkey’ suggests this miniature is a heavy-duty mechanic, I found the headphones Grease Monkey wears around his neck gives him the appearance of a communications specialist.  Grease Monkey’s uniform is reminiscent of the uniforms German Officers wore in the Second World War; thus, the inspiration for giving this Last Chancer a German name. 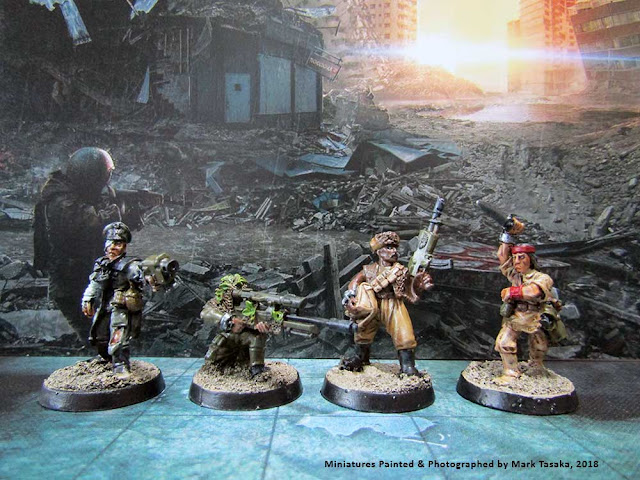 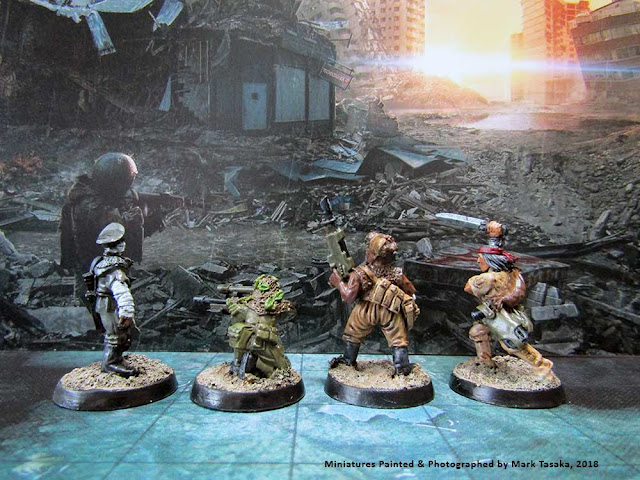 Iceman (Scope): A psychopath and gifted marksman, Iceman made his living as an underworld hitman, where the precision of his kills earned him his cherished nickname.  Having cross the wrong people, Iceman found himself in the custody of the Adeptus Arbites. Sentenced to be lobotomized as a mindless Imperial servitor, Iceman was spared this fate when the Adeptus Arbites learnt of his talent as a sniper.  Instead, Iceman was sent to the 13th Penal Legion, where he would prove his skills as a sniper killing heretics, mutants and aliens alike with the deadly precious of his sniper rounds. 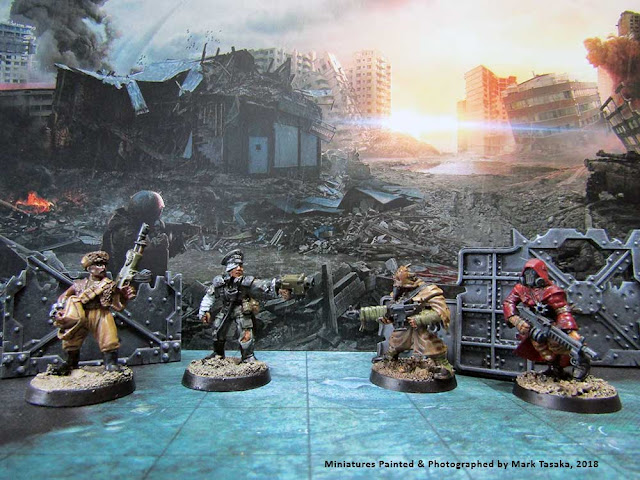 Mustafa Burakgazi (Demolition Man): Once the chieftain of a small nomadic tribe of warriors, Mustafa Burakgazi’s home world saw a mass recruitment to the Imperial Guard. Burakgazi, along with several warriors from his tribe and the other tribes from his home world were conscripted to Imperial Guard regiments.  Burakgazi was sent to a platoon commanded by a warrior from a rival tribe.  Due to the blood feud between the two tribes, Burakgazi challenged his platoon commander to a fight.  Burakgazi killed his platoon commander in a dual of honour; for this action, Burakgazi was sentenced to the 13th Penal Legion.  Burakgazi is an explosives expert, talented in crafting improvised explosive devices out of whatever materials he can salvage from the battlefield.

Inspiration: Demolition Man’s look reminded me of a Eurasian warrior; thus, my inspiration for giving Demolition Man a Turkish name and painting the miniatures with a darker skin tone.  I wanted Mustafa Burakgazi’s (Demolition Man) garments to be painted in natural colours, reflecting the mountainous and planes environment of Eurasian. 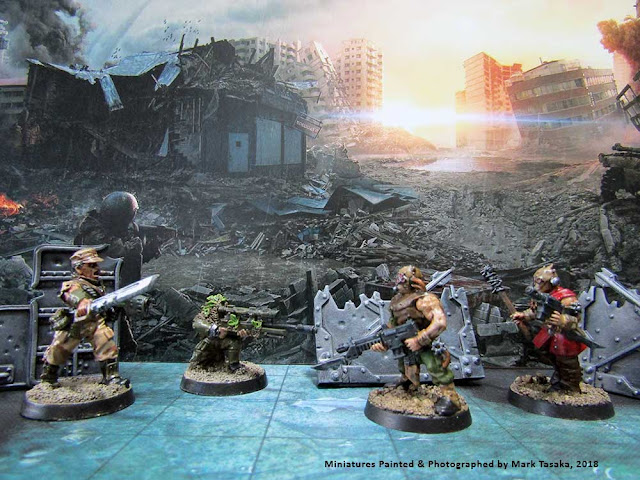 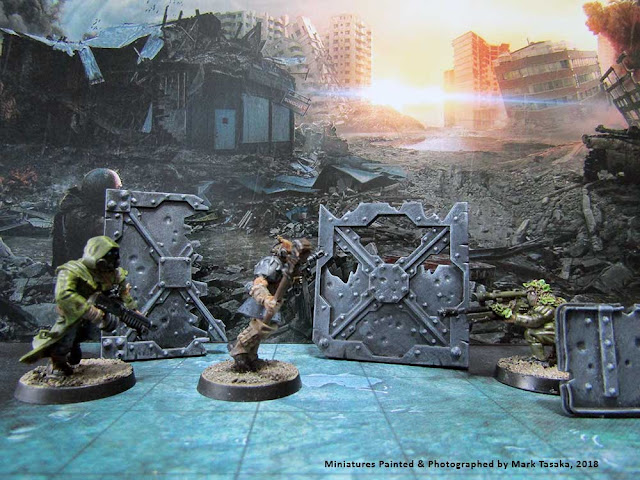 Swiftblade (Shiv):  An innocent man, framed for a crime he did not commit, Swiftblade is a skilled scout and tracker.  A man of few words, Swiftblade has a reputation for infiltrating enemy lines, and slitting the throats of his unsuspecting victims with his long-bladed knife.  For each kill, Swiftblade collects a trophy from his victim confirming his kill; these trophies range from rank insignias to severed ears.  It is rumoured, back on base, Swiftblade has a footlocker filled with his war trophies. 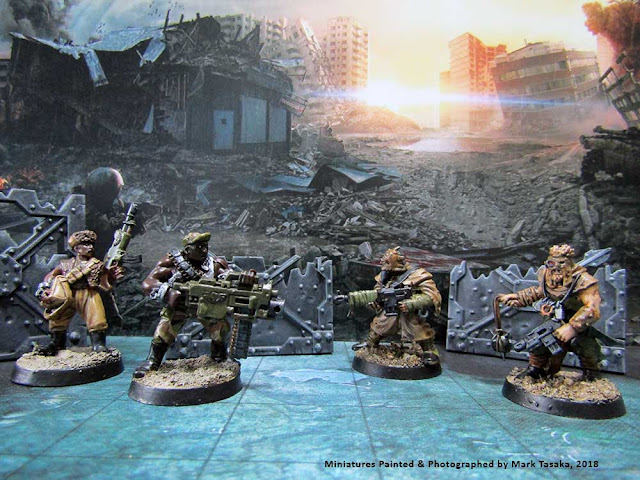 Mustafa Burakgazi and Big Dog vs Servants of the Dark Gods 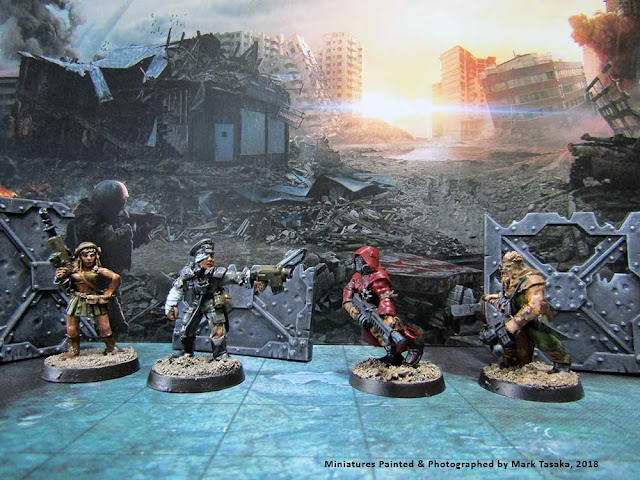 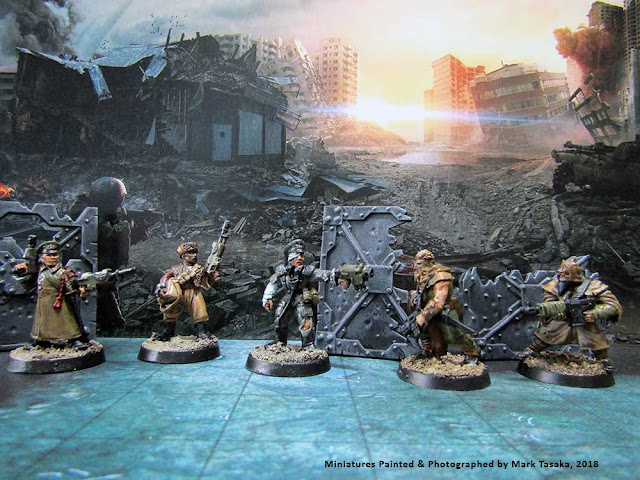 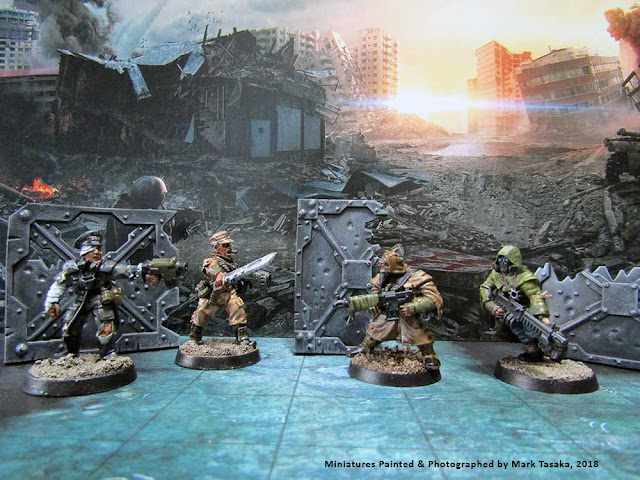 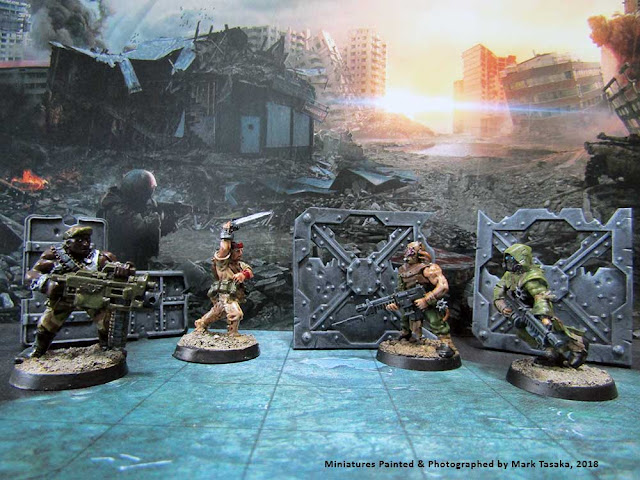 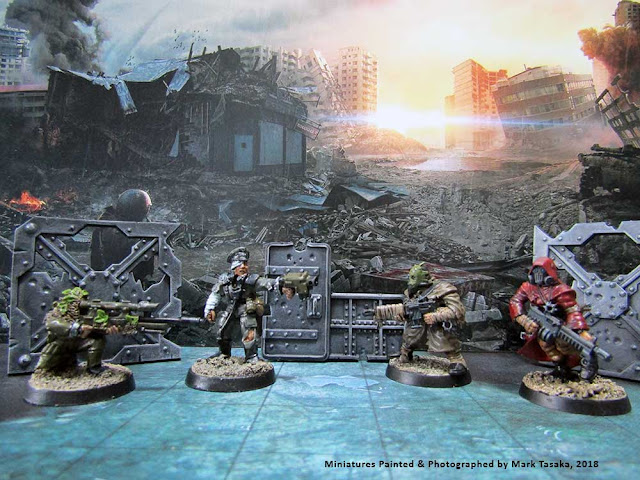 In my next post in this series I will be painting the last remaining Last Chancers: Rocket Girl, Fingers, Animal and Brain.