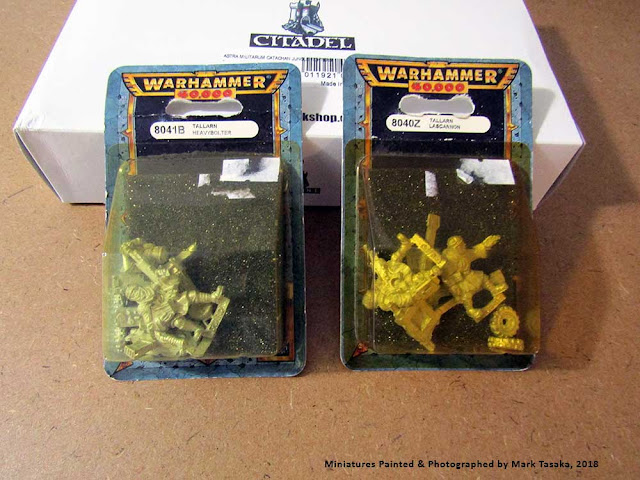 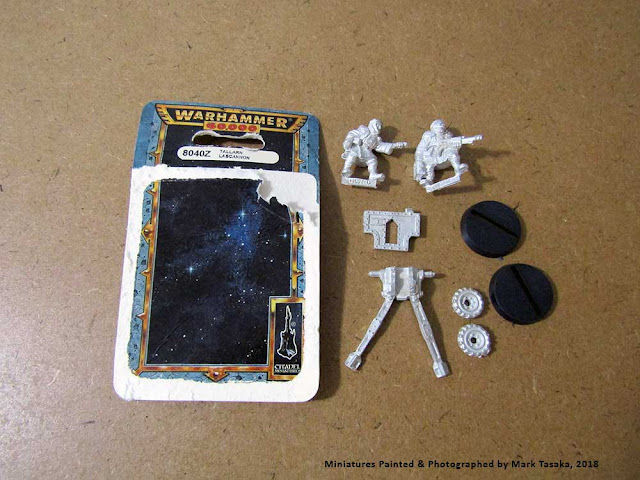 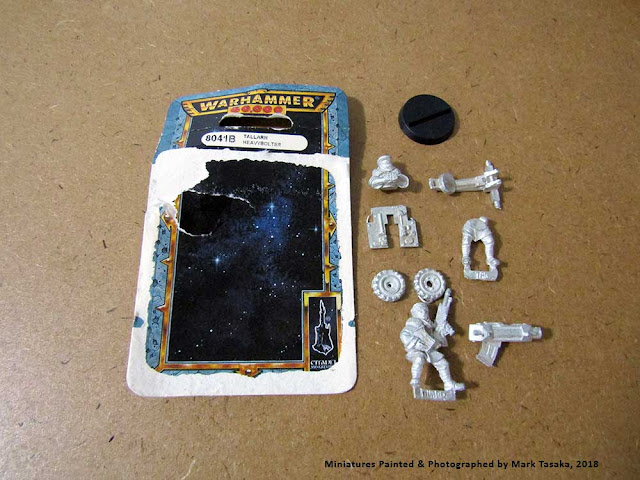 When I opened the blaster pack up for the lascannon team I discovered this blister was missing a key component: the lascannon itself.  Not a big deal. Victoria Miniatures, an Australian based company, sells a resin lascannon kit; thus, providing a good incentive to explore Victoria Miniatures range of miniatures (the topic for a future post).  Therefore, the focus on this post will be on building the Tallarn heavy bolter team. 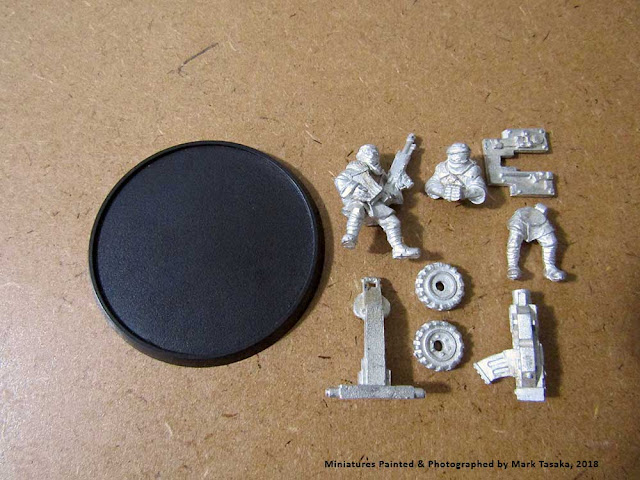 60mm Round Base from Reaper Miniatures 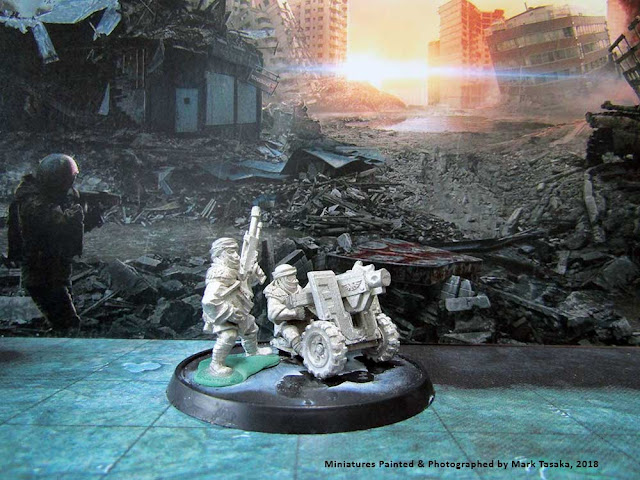 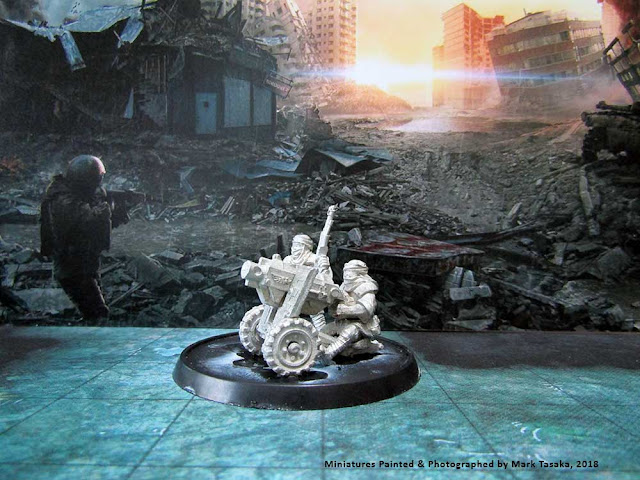 Basing the heavy weapons team: In the current iteration of the Imperial Guard, both heavy weapon operators and the heavy weapon are set upon a round 60mm base.  While the blister pack came with two round 25mm bases, 60mm bases are readily available.  The 60mm base I used is from Reaper Miniatures.  I cut off the ‘slotta’ component of the heavy weapons loader (standing guardsman) and used a combination of ‘green stuff’ (epoxy putty) and superglue to secure the miniature to the base. 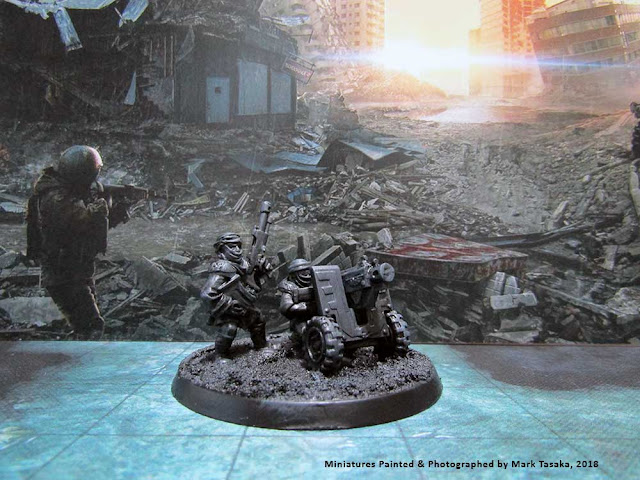 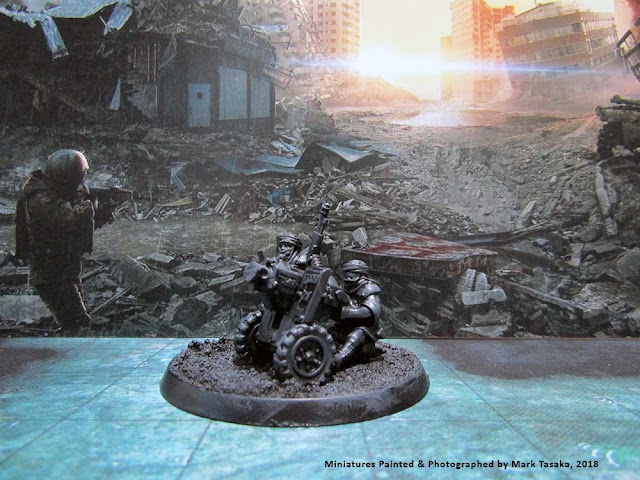 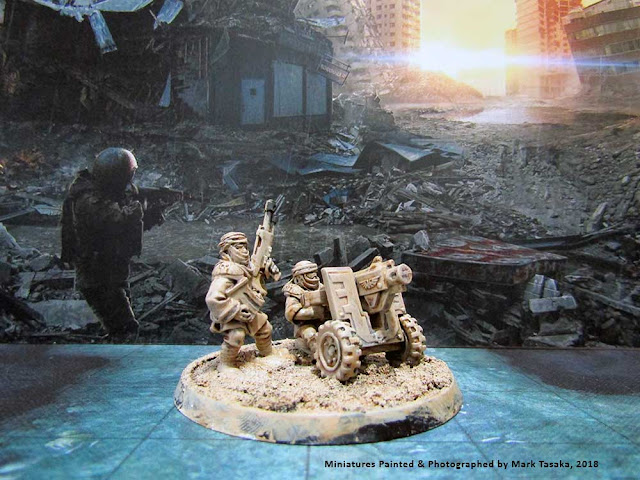 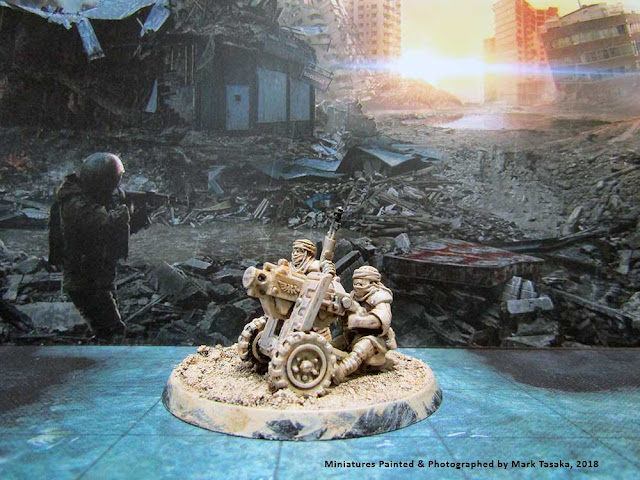 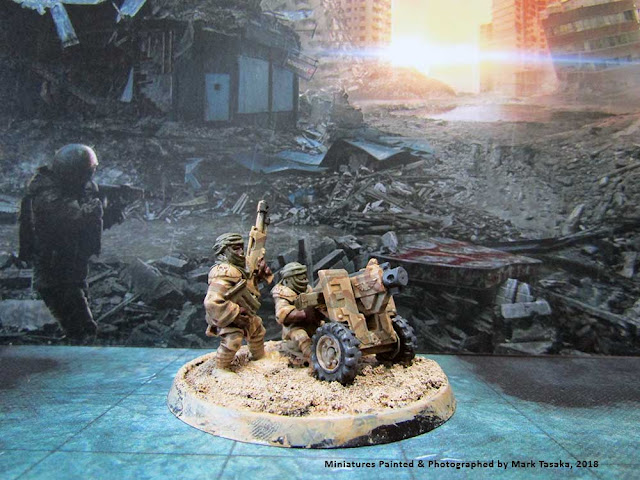 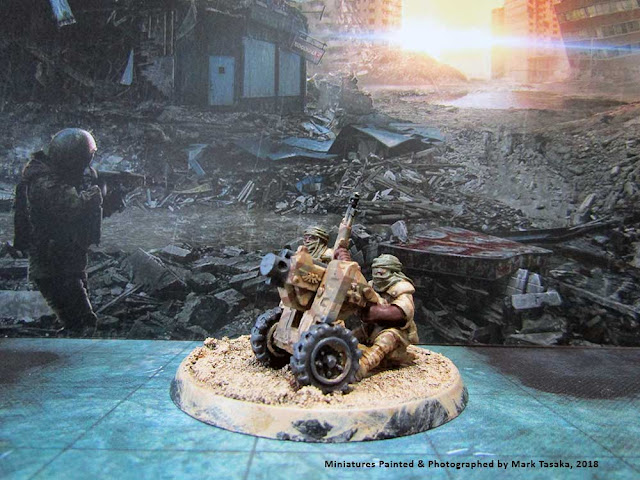 Colour Patterns: When coming up with a colour pattern, I wanted to select a modern desert combat look for my Tallarn Desert Raiders.  Selecting the right camouflage pattern was important; thus, I choose a three-colour desert camouflage pattern, similar to the desert camo pattern used by the U.S. Army in the early parts of the Iraq and Afghanistan wars. Next, I wanted the headdresses (shemagh) to standout on the miniatures, as I felt this is a symbol of the Tallarn identity.  I painted the shemaghs in a dark military green (Vallejo 70.924 Russian Uniform); a colour that would standout against the camouflage, but still look the part of a desert combat uniform.  I selected a dark skin tone (Reaper 9041 Dark Skin) for my Tallarn guardsmen, reflecting the Middle Eastern design influence of this Imperial Guard Army.  While this post focused on building a heavy bolter team, I will be applying this colour pattern to the other Tallarn Desert Raiders in this series. 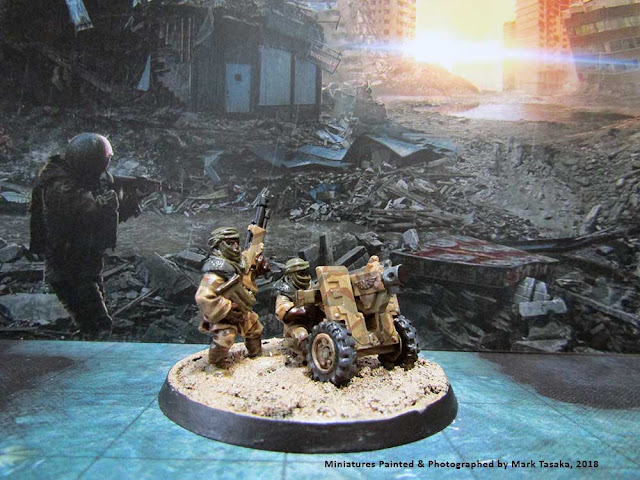 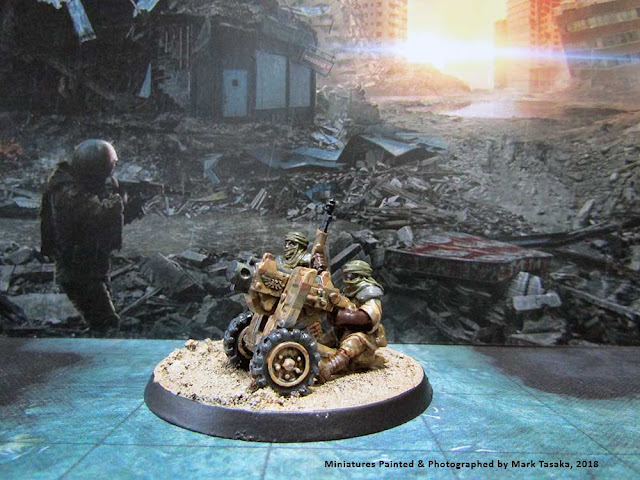 In the upcoming posts in this series I will be painting the squad of Tallarn Desert Raiders.