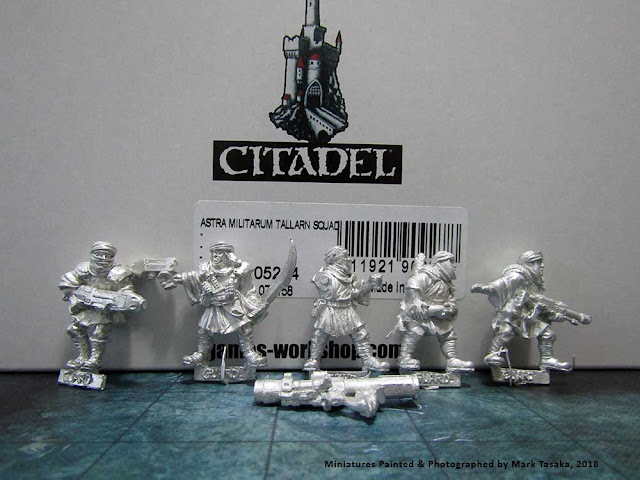 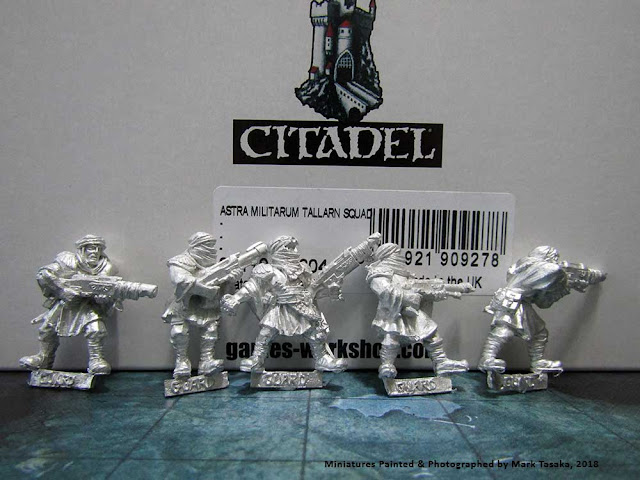 5 Guardsmen with Lasguns; all unique sculpts

The 10-man squad Tallarn Desert Raiders box set is still available through Games Workshop’s online store; they are an excellent way of adding some ‘old school’ flavour to your Imperial Guard/Astra Militarum army.  The box set costs $50 Canadian, which works out to $5 per miniatures; a descent price for high quality metal Games Workshop miniatures.  The squad box set contains the following models:

I ordered my Tallarn Desert Raiders box set through the GW site, and received these miniatures within a couple of days.  I received free shipping on my miniatures, since this order exceeded $80 Canadians (I added a squad of Valhallan Ice Warriors to this order). GW also provides the option of having your orders delivered to one of their retail stores (free shipping); this is a great option for those orders under $80, where a shipping charged is applied. 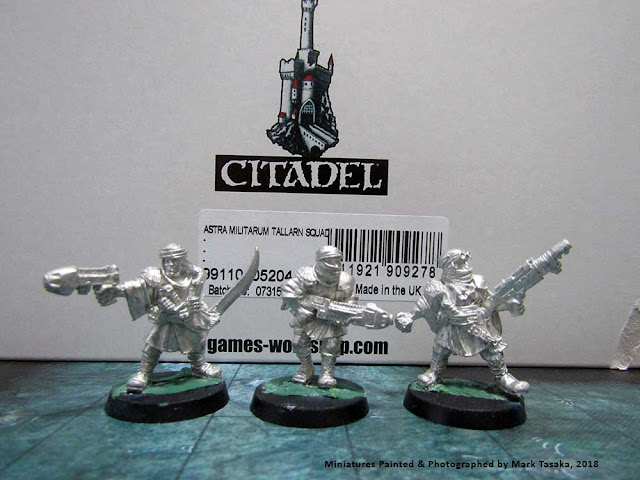 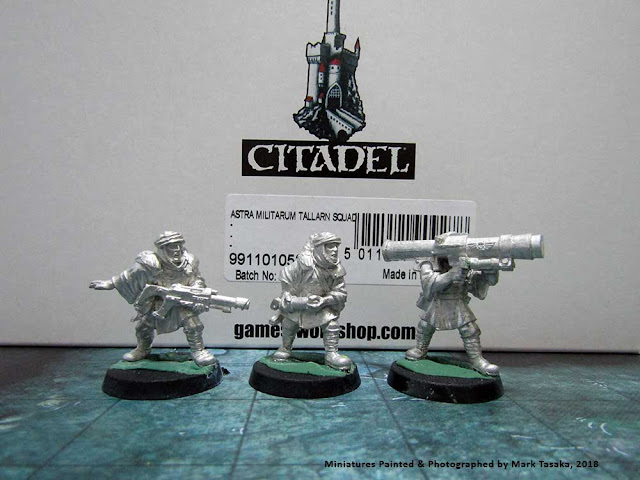 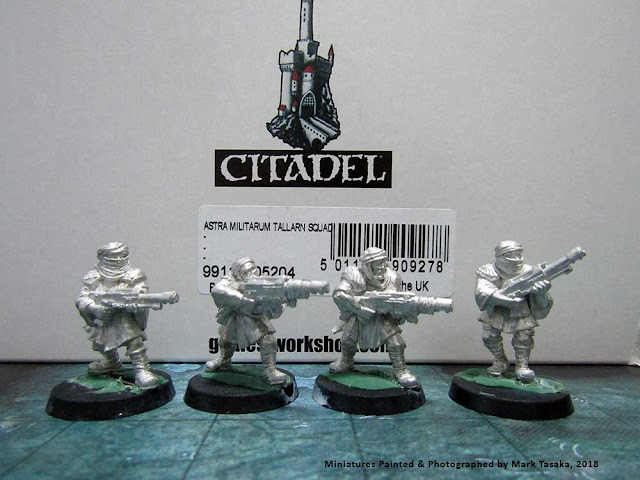 In my next post in this series I will be building a Tallarn heavy weapons team.