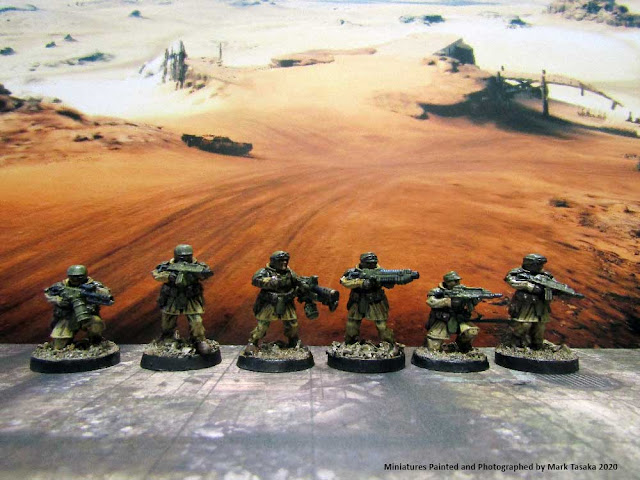 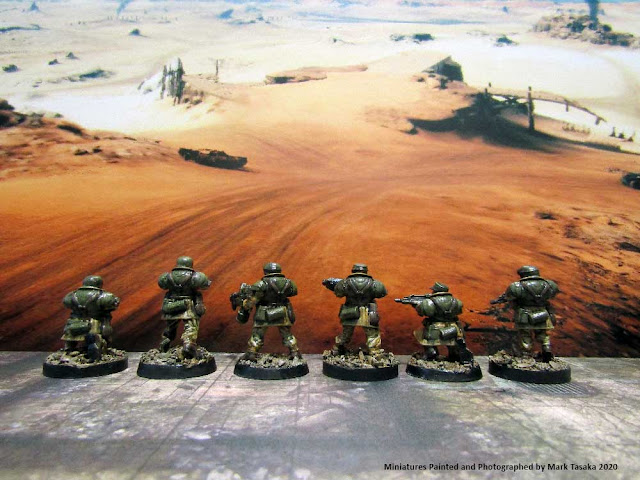 I finished building and painting six Wargames Atlantic Raumjager Infantry miniatures, which I have used to represent Imperial Guard Elysian Drop Troops.  The Raumjager Infantry are part of Wargames Atlantic’s Death Fields science-fiction range and are inspired by the elite German paratroopers (Fallschirmjager) of World War 2.  I did some ‘kit bashing’ with one of the miniatures shown in this post, replacing the paratrooper’s pistol with an Imperial Guard flamer (from the Catachan Jungle Fighters’ kit). 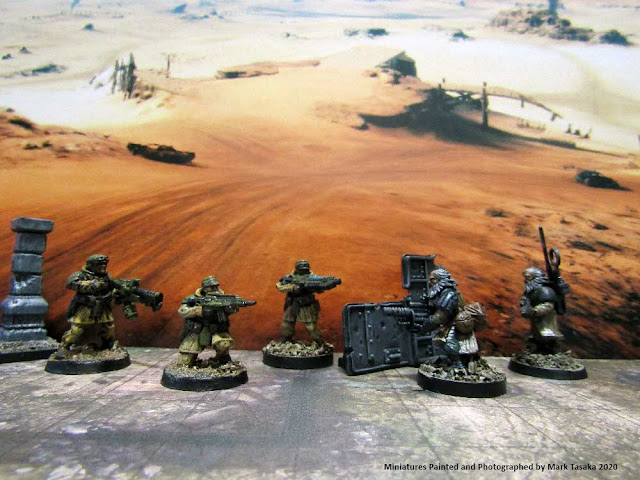 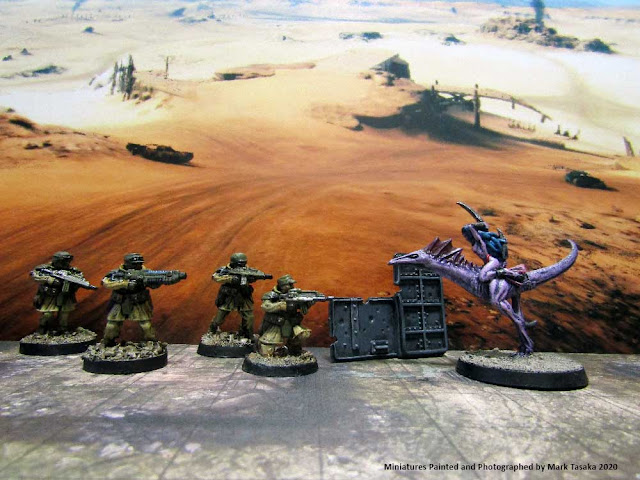 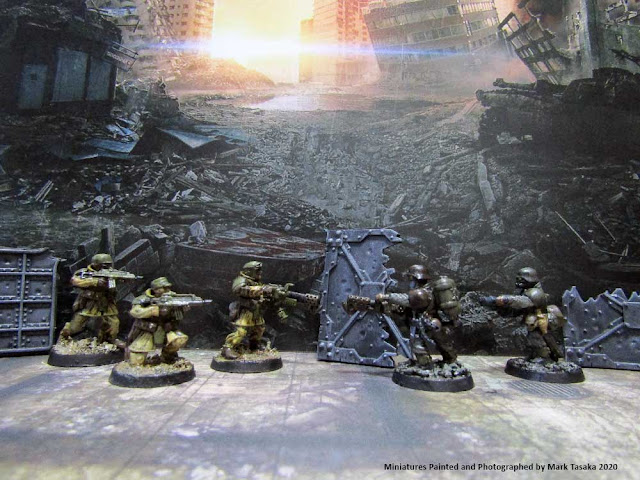 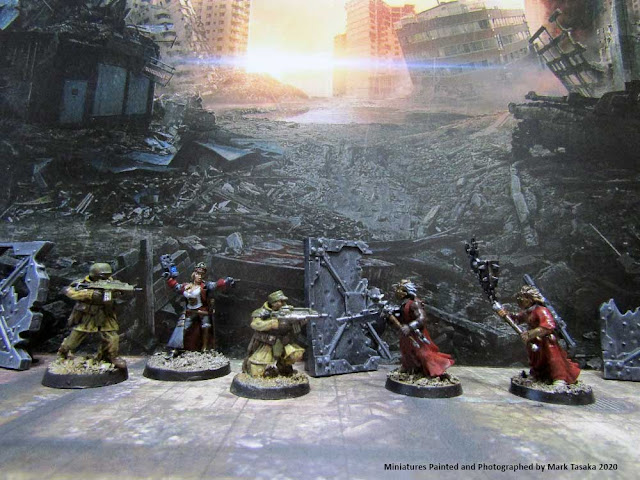 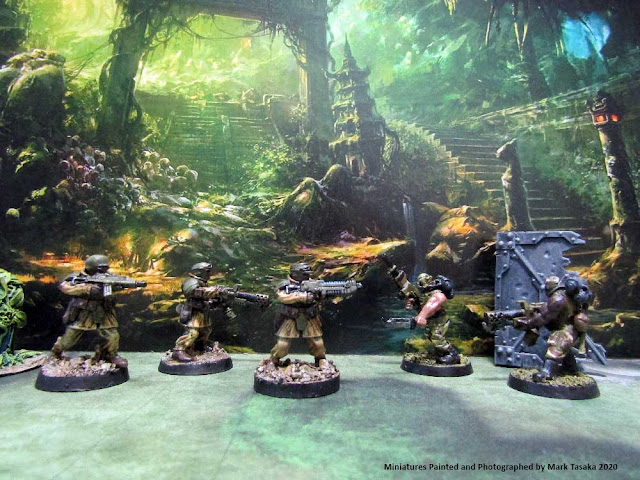 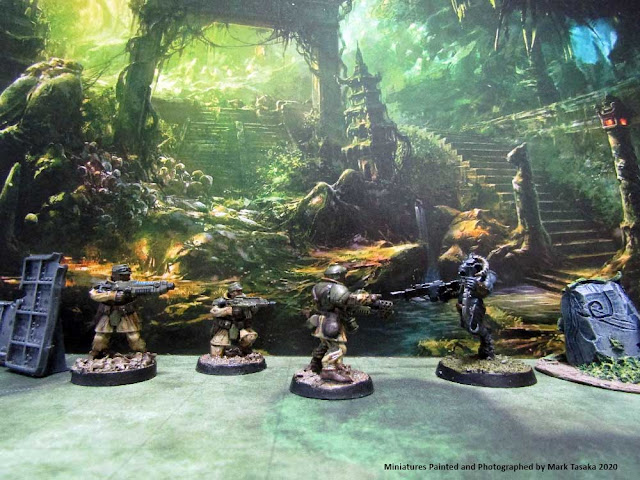 For more images of these miniatures, please visit the Elysian Drop Troops section of the Old Guard; a website dedicated to Games Workshop’s Warhammer 40K miniatures, with a focus on the classic range of Imperial Guard models from the 1990s.
at April 04, 2020