Featured in the second (Ghostmaker) and third (Necopolis) novels of Dan Abnett’s Gaunt’s Ghosts series, the Royal Volpone Regiments are made up of the noble families from the world of Volpone. The Royal Volpone are described as proud and arrogant, looking down on the other Imperial Guard regiments, in particular the Tanith First-and-Only (“Gaunt’s Ghosts”), whom they regard as ‘peasant rabble’. 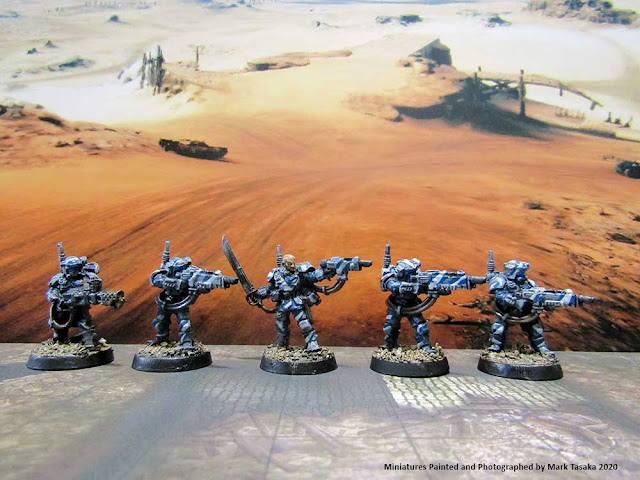 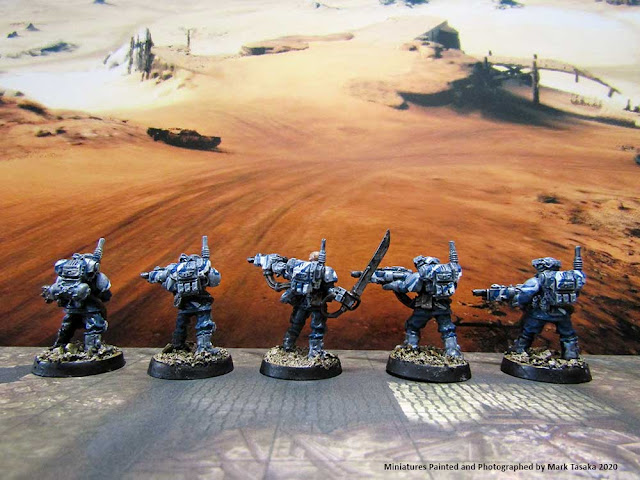 Finding inspiration from Dan Abnett’s Gaunt’s Ghost series, I painted five Royal Volpone Storm Troopers, using metal Kasrkin miniatures to represent these troops.  The Royal Volpone regiments were featured in the second (Ghostmaker) and third (Necopolis) books of the Gaunt’s Ghost series.  In the Ghostmaker, a rivalry existed between the Royal Volpone regiments and ‘the Ghosts’ (Tanith First and Only), as the former looked down on the latter as ‘peasant rabble’.  At the end of the third novel, with the arrest of the disgraced Volpone commander, General Sturm, the two units put aside their rivalries and fought together against the invading Ferrozoican force. 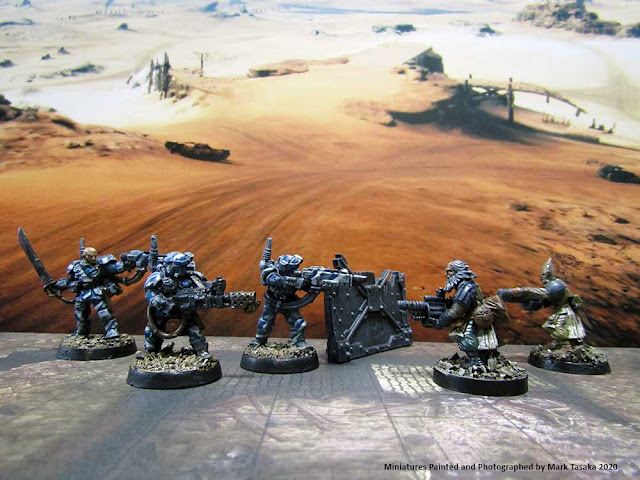 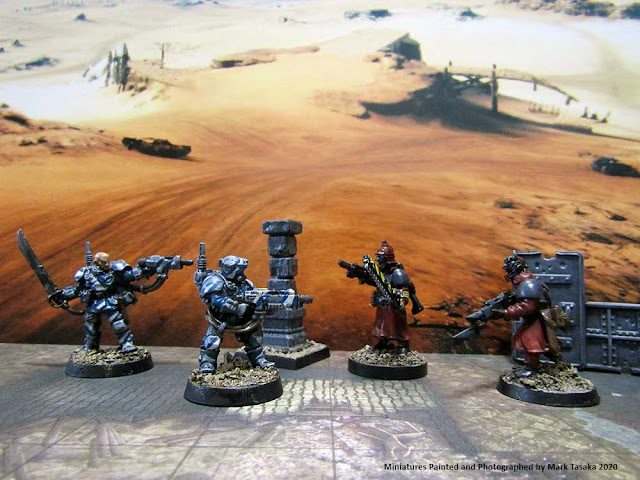 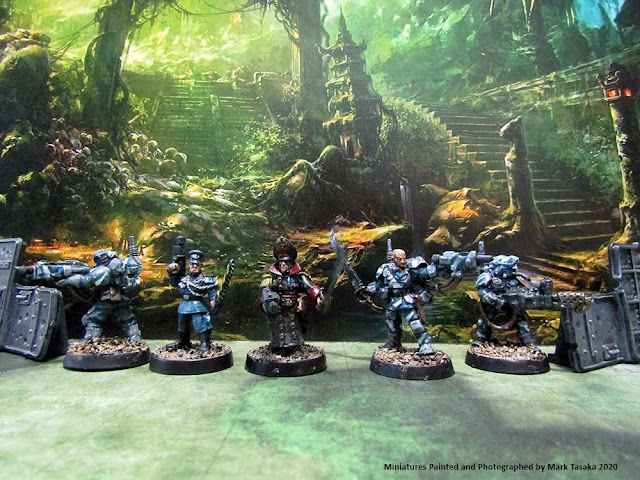 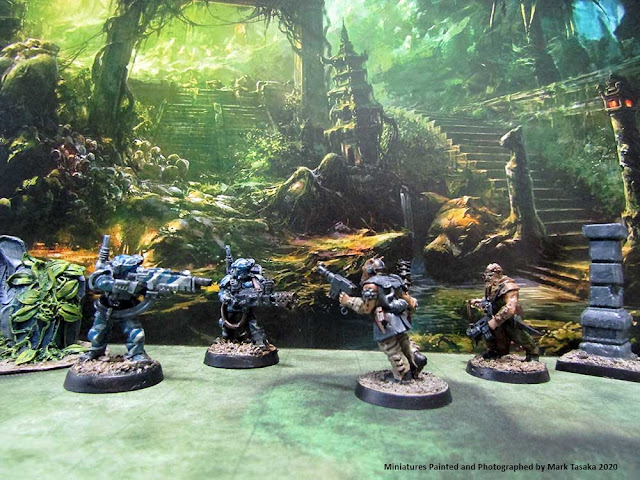 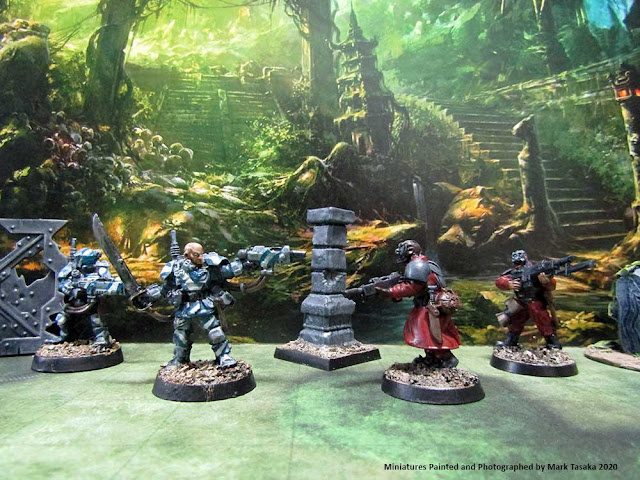 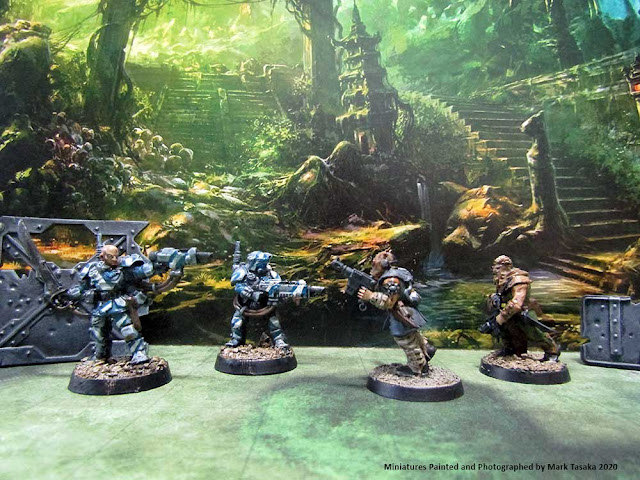 For more images of these miniatures, please visit the Royal Volpone section of the Old Guard; a website dedicated to Games Workshop’s Warhammer 40K miniatures, with a focus on the classic range of Imperial Guard models from the 1990s.
at March 11, 2020