The Death World of Catachan has bred a hardy lot of men and women. The Catachan Jungle Fighters are a product of their harsh environment; generations of survival and natural selection have produced the fierce and deadly warriors who make up the Catachan regiments. 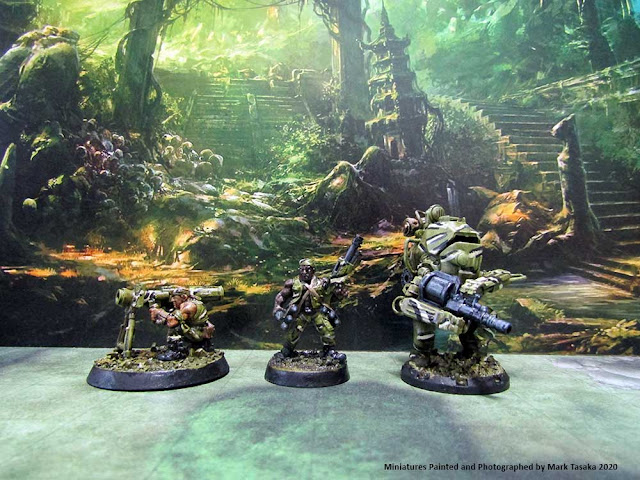 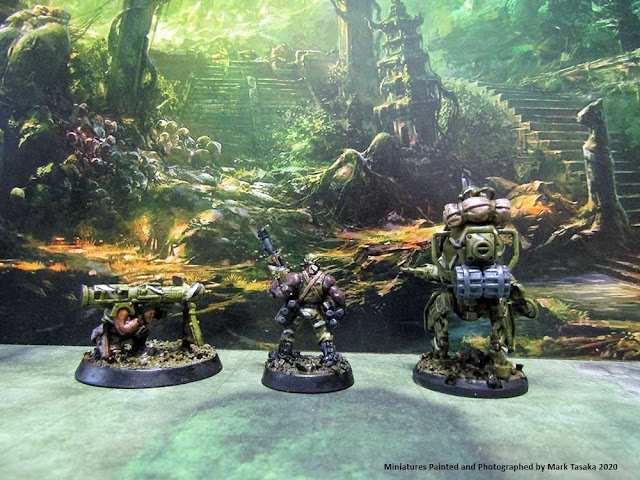 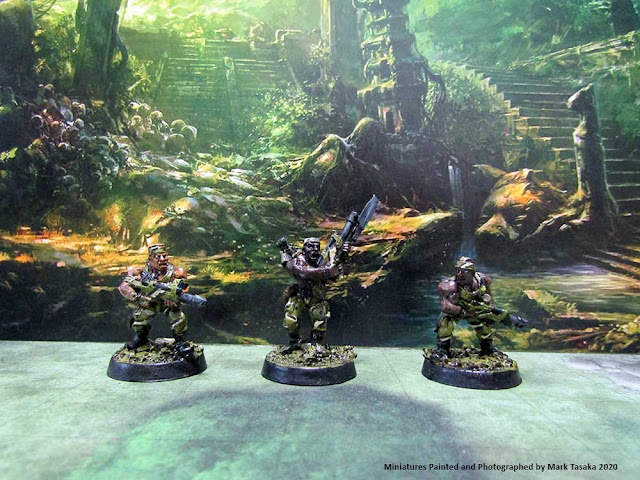 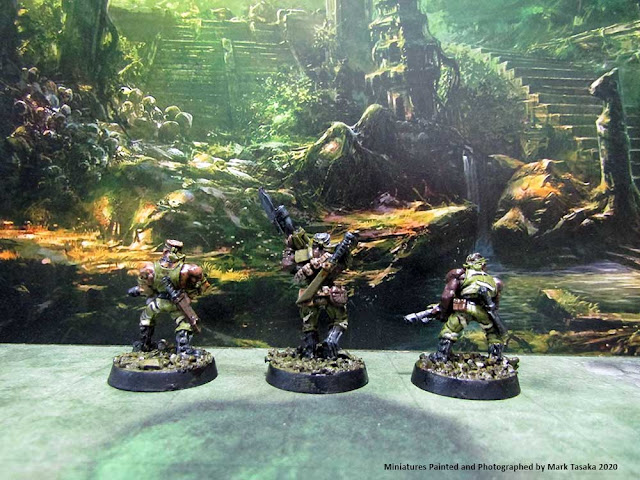 I finished painting five metal Catachan Jungle Fighters and a Dust Tactics Walker, which serves as a Catachan pattern Sentry Walker (an unofficial Guard vehicle).  The Catachan Jungle Fighters includes a missile launcher team and three guardsmen with lasguns.  Finding inspiration from the camouflage worn by the U.S. Special Forces during the Vietnam War, I selected a ‘tiger stripe’ camouflage pattern for these miniatures. 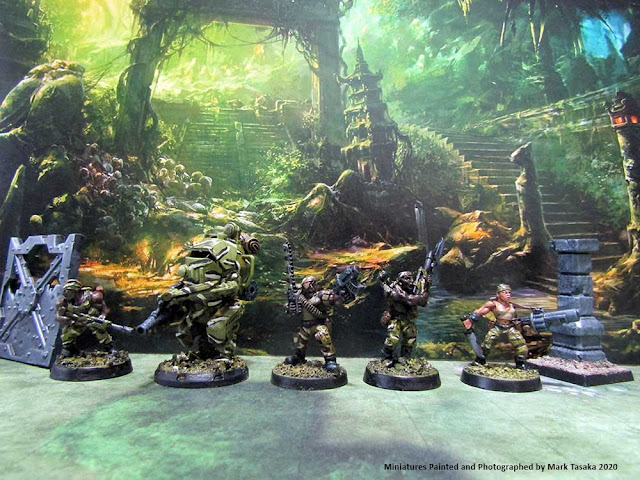 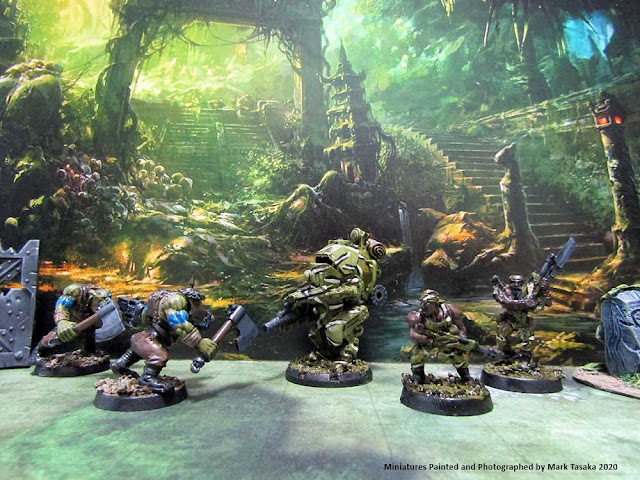 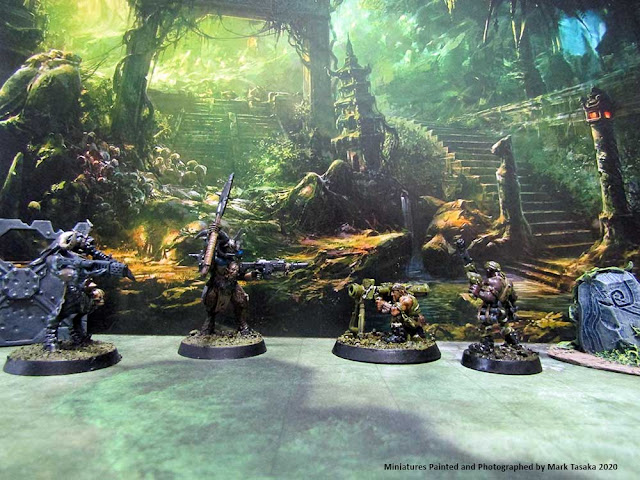 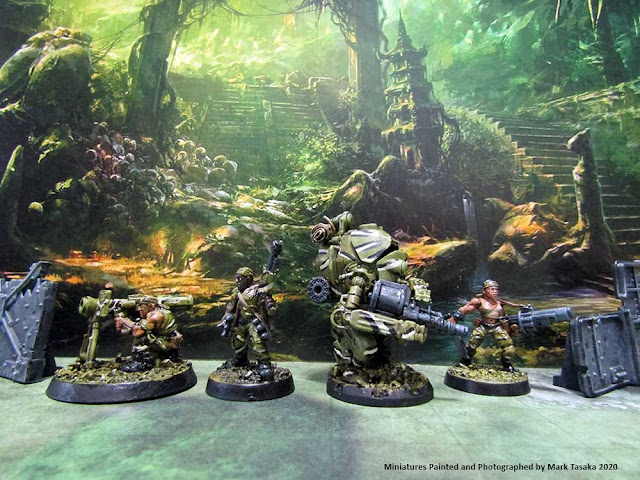 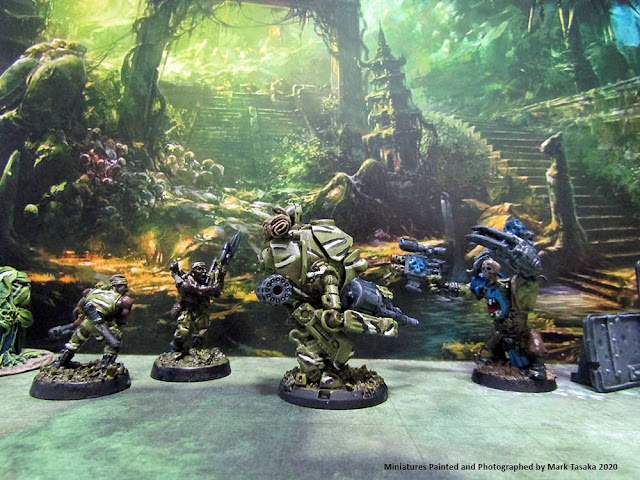 For more images of these miniatures, please visit the Catachan Jungle Fighters section of the Old Guard; a website dedicated to Games Workshop’s Warhammer 40K miniatures, with a focus on the classic range of Imperial Guard models from the 1990s.
at March 07, 2020