Raised from the heavily populated hive world of Praetoria, the Praetorian Guard are renown for their iron discipline and courage on the battlefield.  When faced with overwhelming odds, the soldiers of the Praetorian Guard will stand in perfectly formed ranks, delivering devasting volleys of las-fire against their foes. 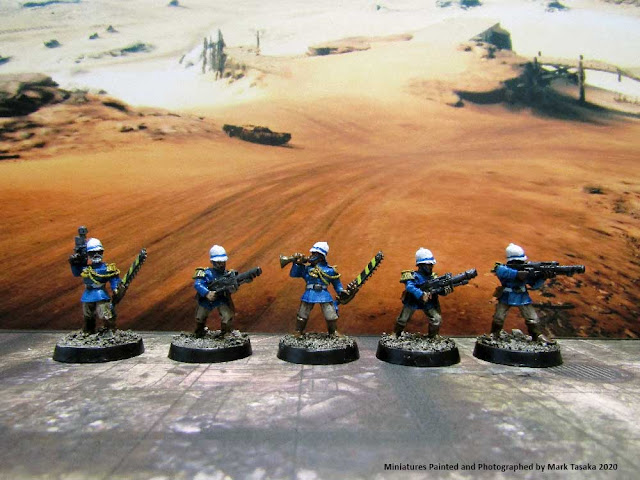 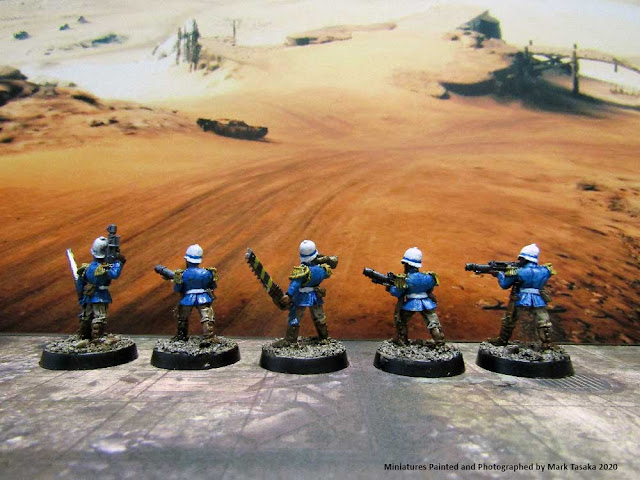 I finished painting the first five models of a Praetorian Imperial Guard squad, which includes a sergeant, a musician (armed with a chainsword) and three guardsmen with lasguns.  The Praetorian Guard are typically depicted wearing red uniforms; similar to the uniforms worn by the British Army during the Zulu Wars.  When painting these miniatures, I selected blue as the primary colour, as a means of giving these miniatures a distinct look. 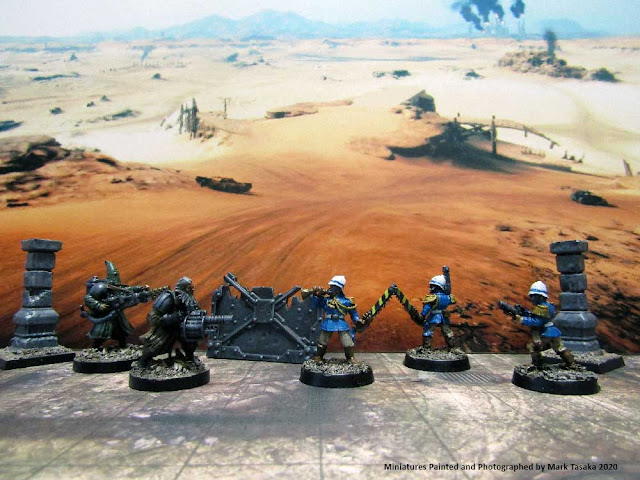 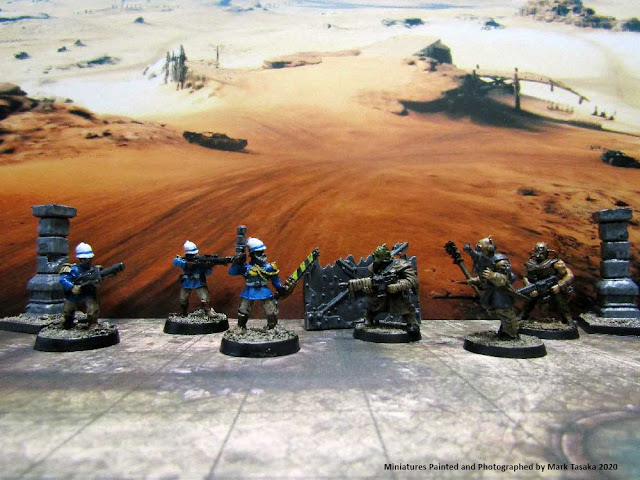 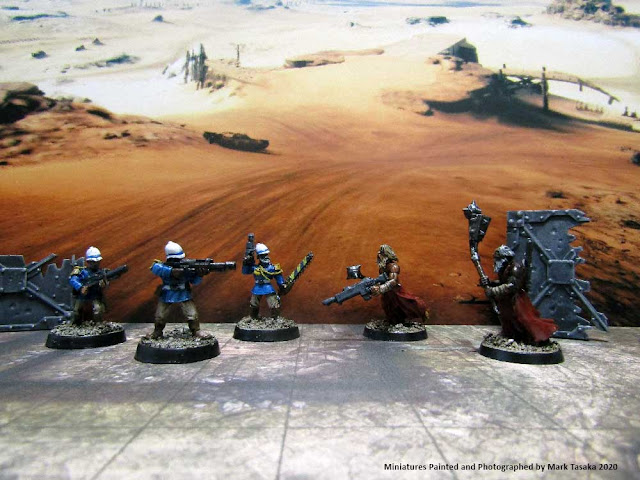 Release in 1997, the Praetorian Guard were inspired by the British Army during the Zulu Wars (1877-1881) and were sculpted by Michael and Alan Perry. 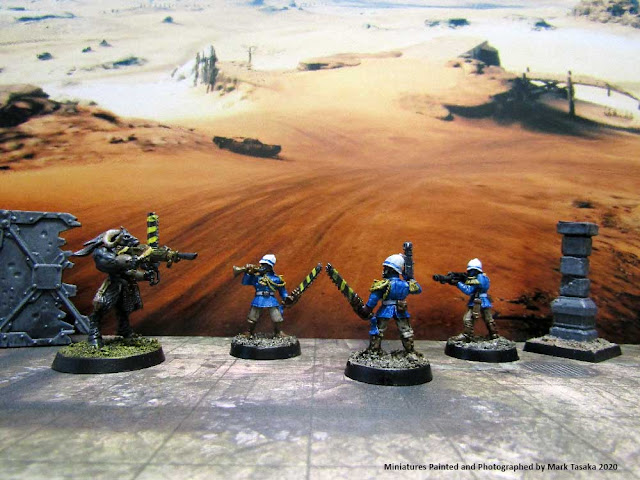 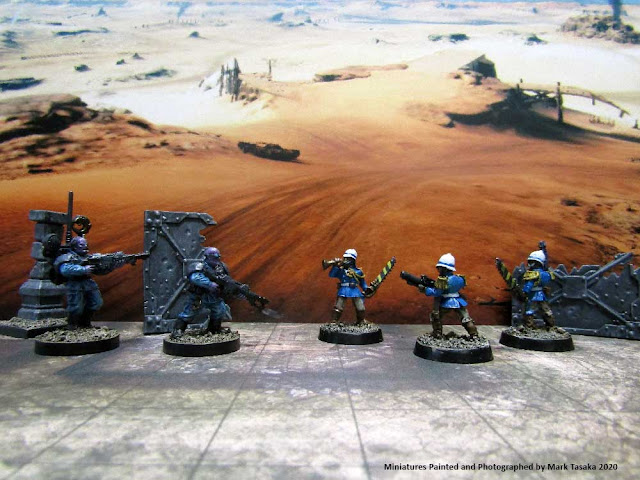 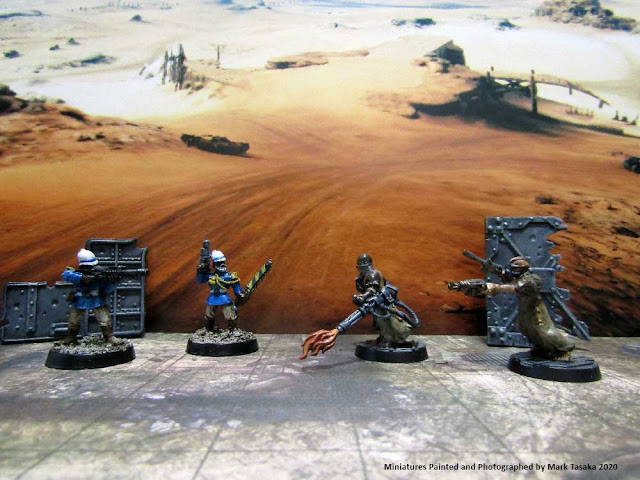 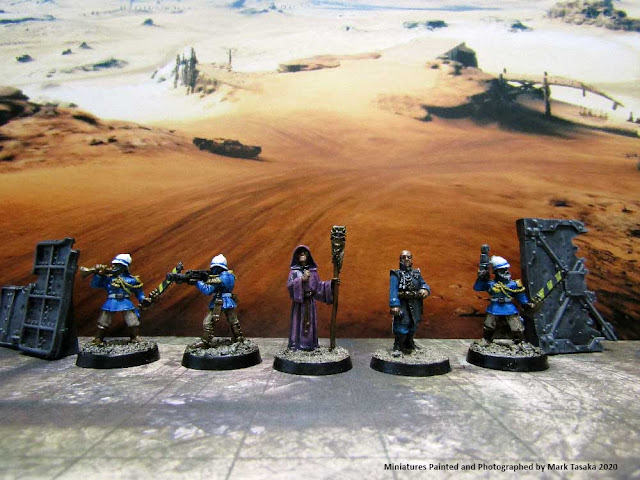 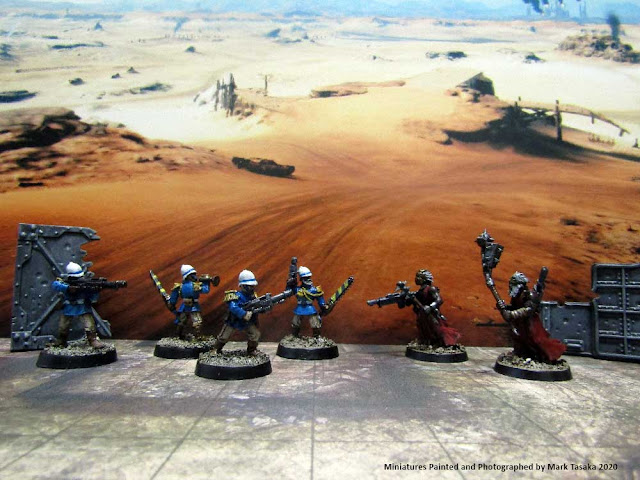 For more images of these miniatures, please visit the Praetorian Guard section of the Old Guard; a website dedicated to Games Workshop’s Warhammer 40K miniatures, with a focus on the classic range of Imperial Guard models from the 1990s.
at February 12, 2020