Near the end of November 2017 Games Workshop re-released an updated box set of their classic specialty game, Necromunda.  The box set contained two iconic starter gangs, the Goliath and Escher, two bitter rivals in the deadly Hive world of Necromunda.

Since picking up Necromunda, I have been slowly building and painting the contents of this box set.  In this post I would like to showcase some of the Goliath gangers I painted. 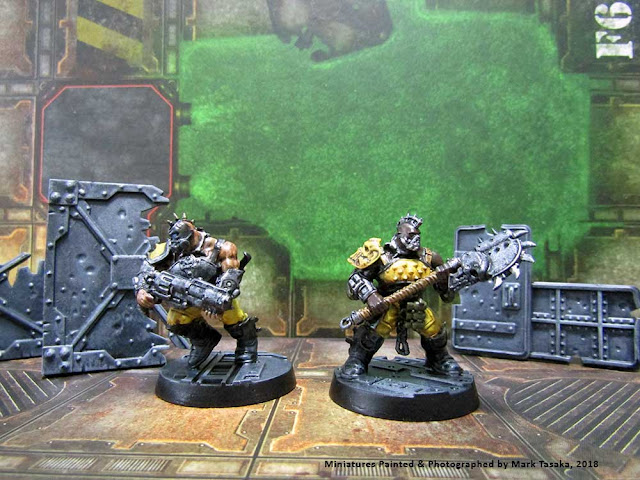 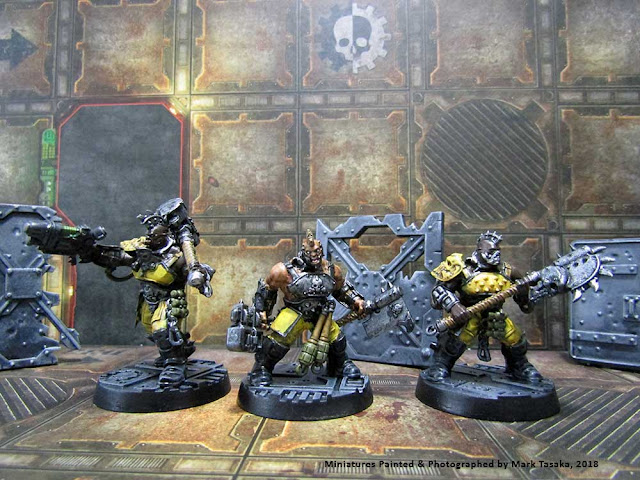 While I liked the orange colour scheme of Goliath gangers in the rule book, I wanted to give my gangers a unique look.  I choose the colour yellow as their primary colour due to the sharp contrast of this colour against the dark 'grungy' metal colours of the underhive. 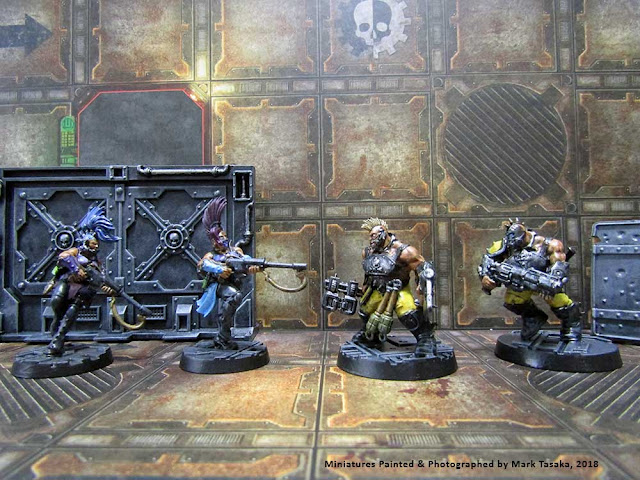 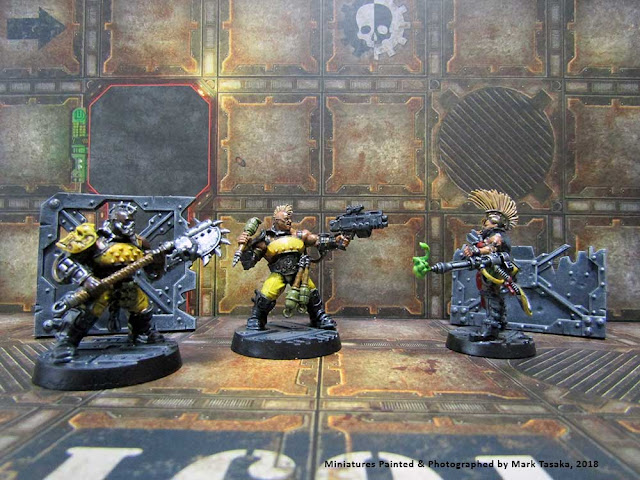 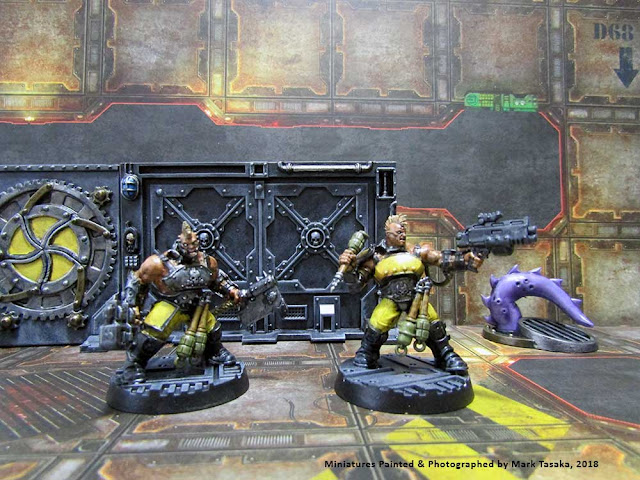