Featured in the “Honour Guard”, the fourth Gaunt’s Ghosts novel, the Infardi are the Chaos Cult force on the Shrine World of Hagia. The Infardi wear emerald green robes as a mockery of the holy garments worn by the clergy of Hagia; in fact, the word ‘infardi’ itself is the sacred Ayatani word for ‘pilgrim’; a further insult to the servants of the God-Emperor on Hagia. The leader of the Infardi is the psyker Pater Sin, who, in the seventh novel, “Sabbat Martyr”, becomes one of ‘The Nine’ assassins dispatched by Magistrate Enok Innokenti to kill Saint Sabbat. 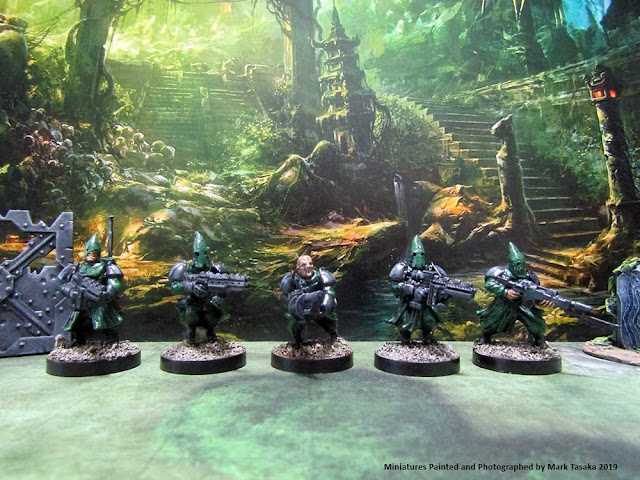 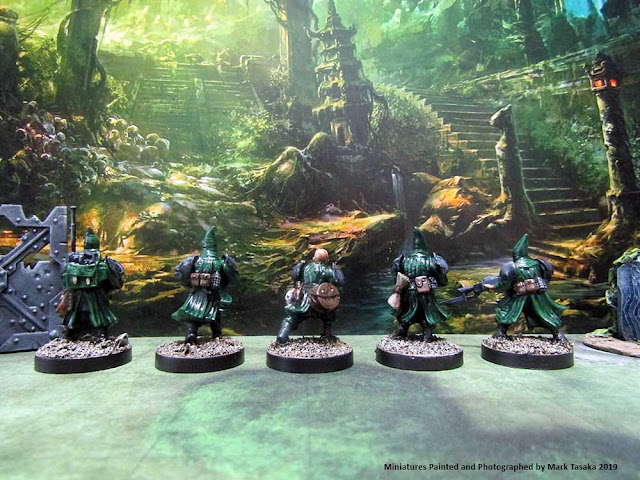 Drawing inspiration from Dan Abnett’s Gaunt’s Ghosts series, I ‘kit-bashed’ five Infardi Chaos Cultists, using components from several manufacturers.  The bodies and the pointed hats are from the Frostgrave Cultists set; the arms/weapons are from Wargames Factory’s Shock Trooper set (out of production); as well, components from the Cadian Shock Troopers, the Catachan Jungle Fighters and the Empire Flagellants sets were used. 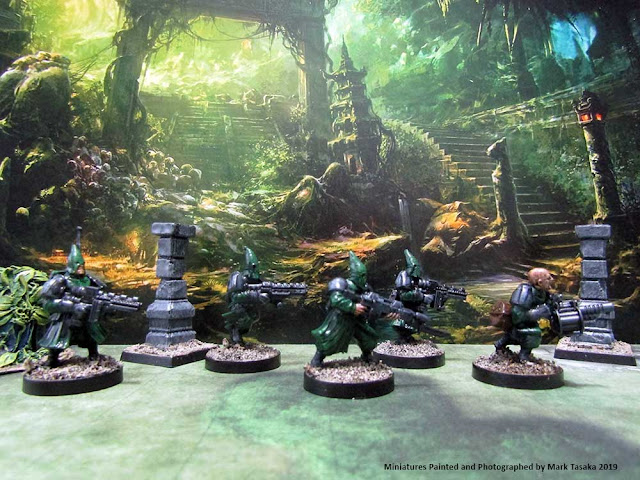 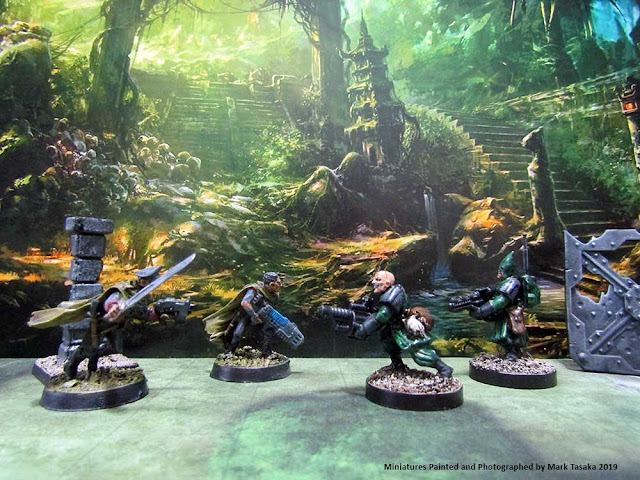 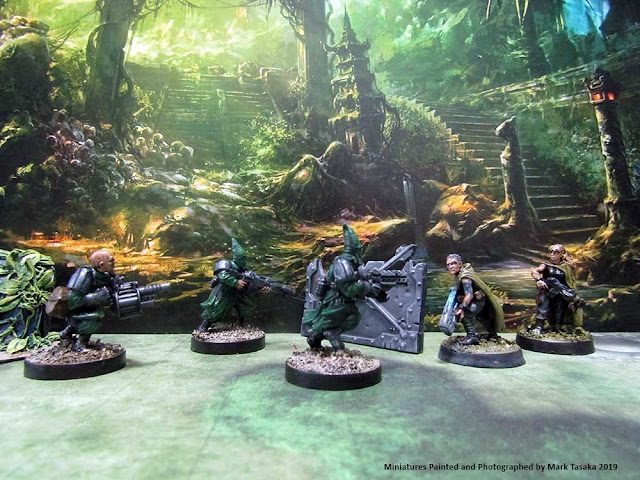 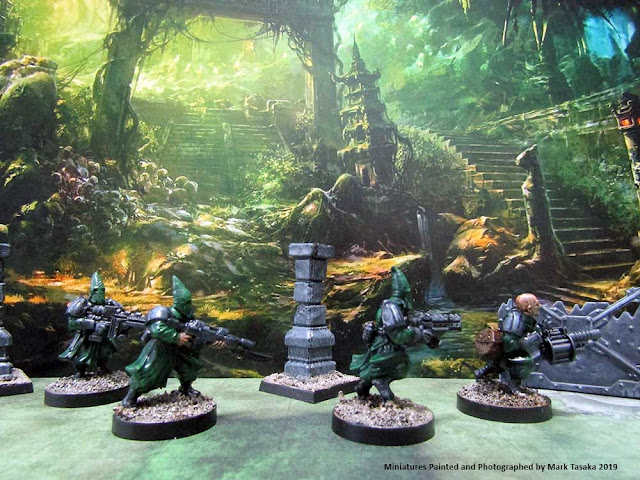 Honour Guard: While the Infardi were only featured in the ‘Honour Guard’, this novel introduced Commissar Vicktor Hark and Ayatani Zweil, who became permanent members of the Tanith First-and-Only. 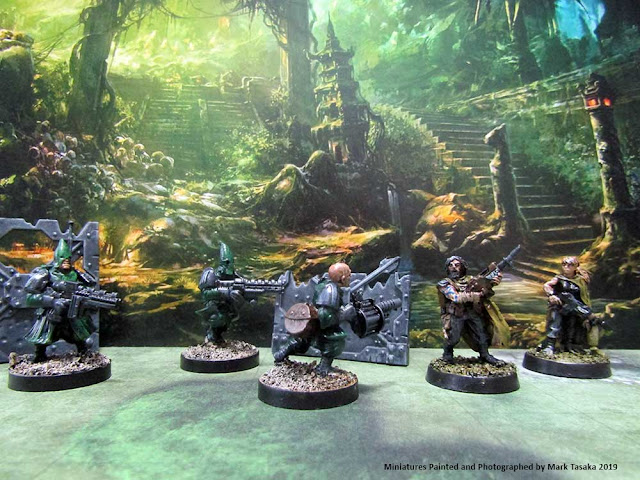 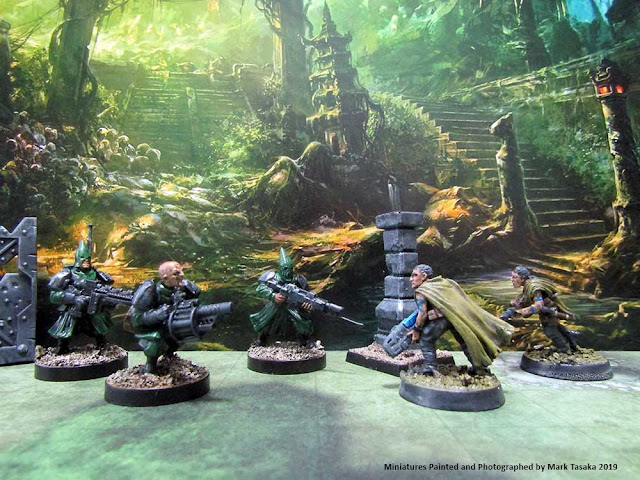 For more images of these miniatures, please visit the Infardi Cultists section of the Old Guard; a website dedicated to Games Workshop’s Warhammer 40K miniatures, with a focus on the classic range of Imperial Guard models from the 1990s.
at October 07, 2019