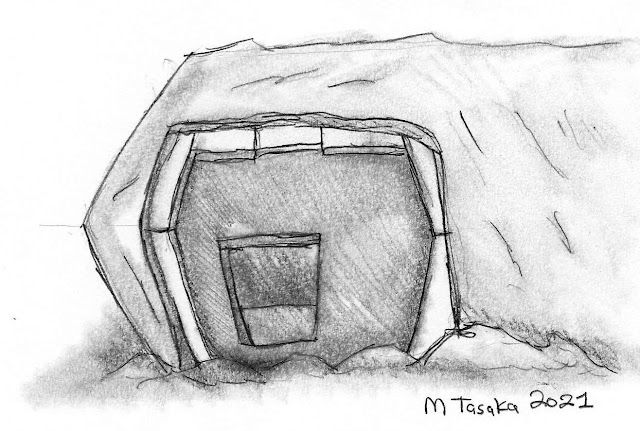 Long before the rise of the first civilization, long before the birth of the elves, travelers from a distant world traveled to the land.  The travelers possessed technology that appears as magic and were able to transverse thousands of light years in a blink of an eye, by ‘folding’ the fabric of space and time.  The travelers made a miscalculation when plotting their coordinates; instead of arriving a thousand feet above the surface, the travelers arrived a hundred feet below the ground, in a network of caverns beneath a mountain.  The travelers’ ship was damage and unable to move through space and time.  Thus, the travelers set up beacons through the cavern and entered a great slumber, waiting for a rescue party to arrive… no rescue party came… nearly a million years passed.

When the King of the Grumpy Dwarves passed away, his only old son, Edgarr, inherited the rulership of the clan.  Edgarr was a young fool of a dwarf, suffering from a ‘short beard complex’.  Edgarr desperately wanted to prove that he was the greatest king of all.  One day, after eating exotic mushrooms, a vision came to Edgarr.  The vision told Edgarr that he will find great treasure underneath the Giant’s Head Mountain.

Despite warnings from his advisors, Edgarr ordered his dwarves to tunnel below the Giant’s Neck.  There, the dwarves uncovered a network of subterranean caverns; in the caverns grew strange flora, unlike anything the dwarves had seen before.  The dwarves delved deeper into the caverns and discovered a strange structure, covered with an exotic metal alloy.  The metal was light weight and flexible, yet stronger than the strongest steel.  King Edgarr was pleased with the find and commissioned his smiths to forge a crown from the metal.

Shortly after receiving the crown, King Edgarr fell ill; the smiths, who forged the crown, fell ill as well.  The group of dwarves sent to explore the caverns never returned.  An expedition of dwarves was sent to find the missing group.  Only half of the expedition returned alive and gave accounts of metallic beings and strange monsters lurking in the caverns.  The dwarves sealed the caverns off and buried the recovered metal deep within the earth.  The Dwarf King put a call out for adventurers and offered a reward of a thousand gold pieces to find and destroy the source of evil that lurks in the caverns beneath the Giant’s Neck. 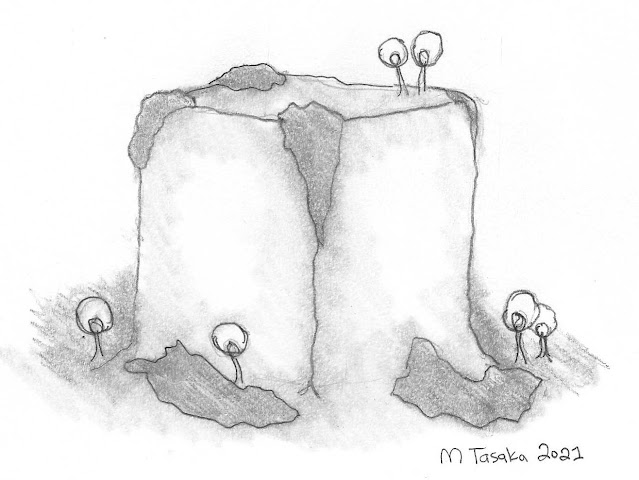 In my last post, I posted some sketches for a third-party compatible Dungeon Crawl Classics adventure I am developing, titled ‘Beneath the Giant’s Head’.  In this post, I will showcase more sketches I drew for this adventure. 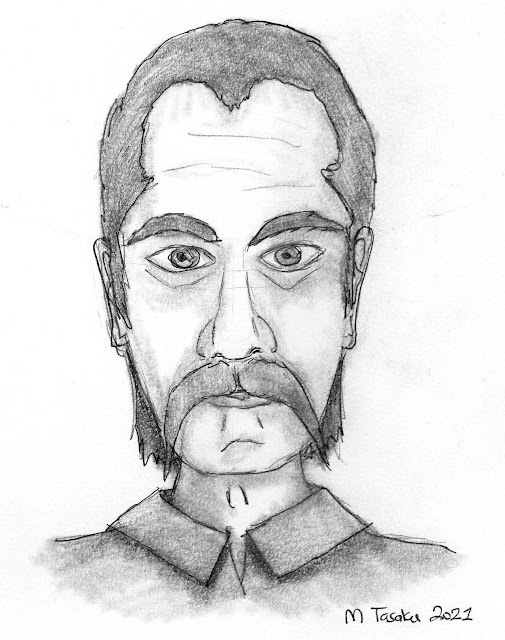 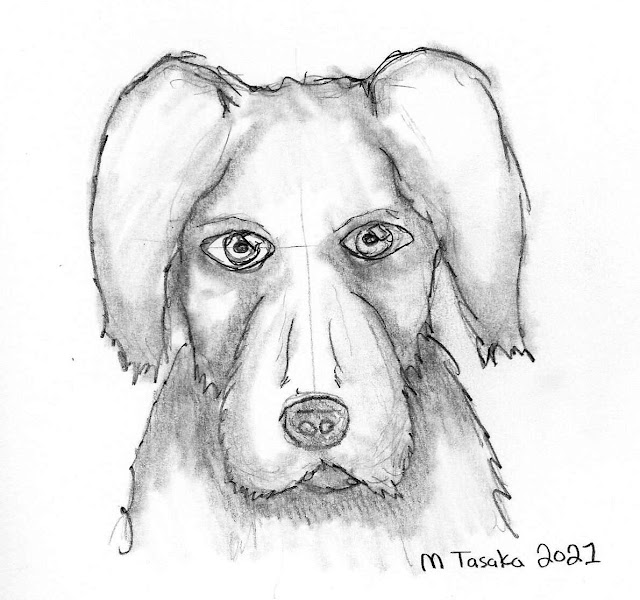 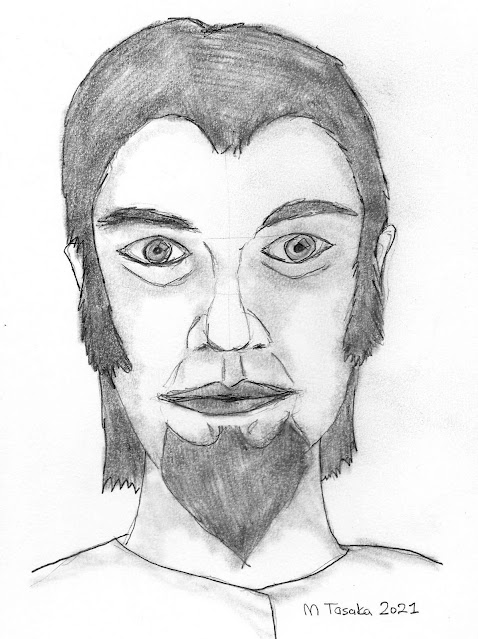 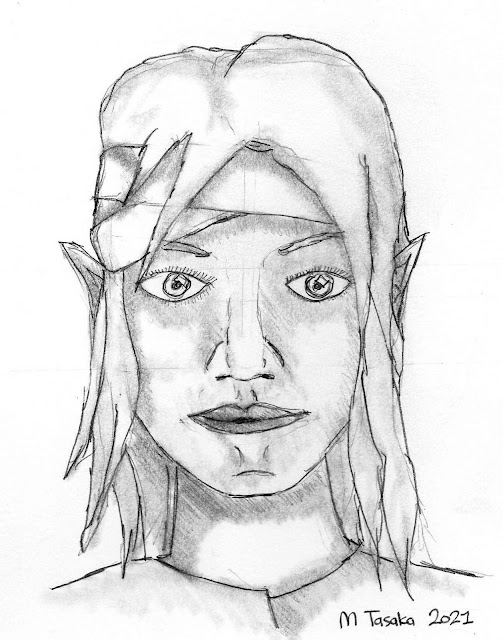 Beneath the Giant’s Head. A second level adventure designed for a party of 5 to 10 characters that builds on the setting established in Fantastic Adventures and the Disgruntled Gong Farmer, a DCC adventure module I previously wrote.  My goal of designing ‘Beneath the Giant’s Head’ is to capture the ‘gonzo’ vibe of the 1970s role-playing games, by blending classic fantasy with elements of science fiction to create a fun and memorable old school gaming experience. 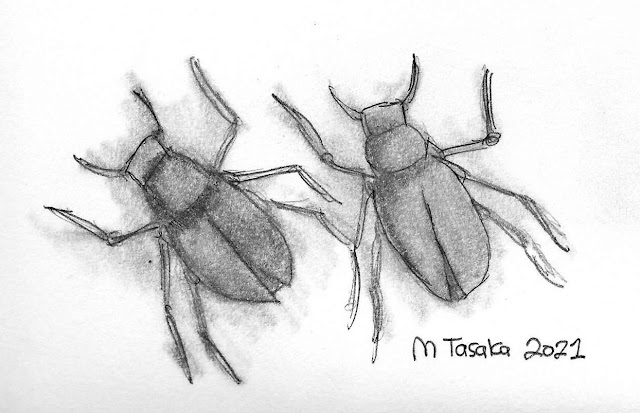 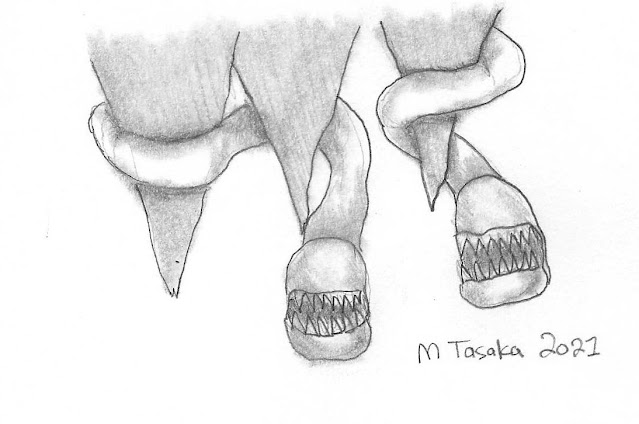 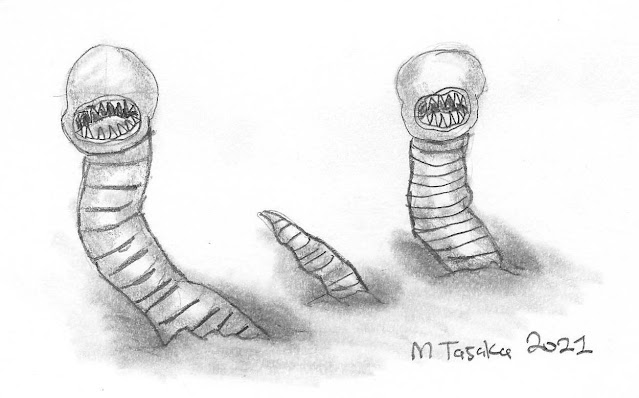 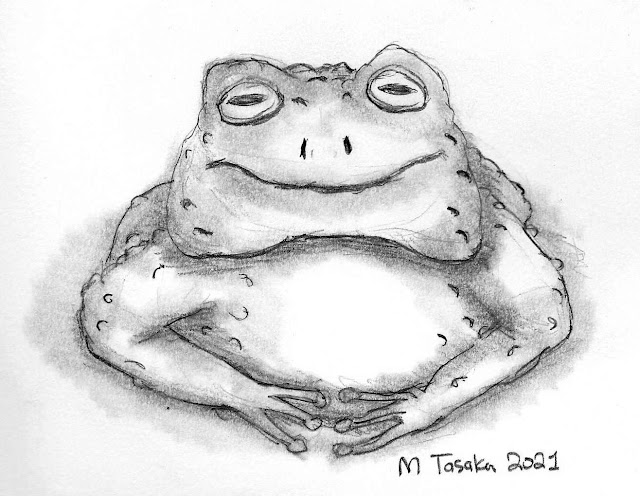