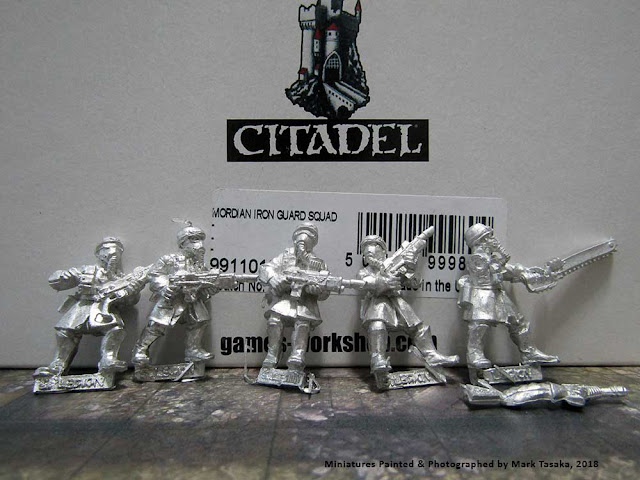 Steel Legion miniatures 'out of the box': first half of the squad 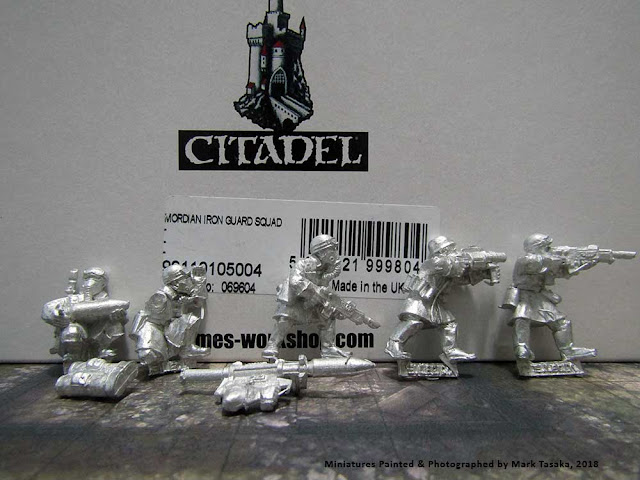 Steel Legion miniatures 'out of the box': second half of the squad

The design of the Armageddon Steel Legion is inspired by the uniforms worn by British Army in World War 1 and the German Army in World War 2.  For instance, the respirators/gas masks worn by the Steel Legion are reminiscent of the 1916 box-respirator masks used by the British Army in the trenches of World War 1; while the helmets and greatcoats are reminiscent of the uniforms worn by German Army in the Second World War.

A sergeant with a laspistol and chainsword

A guardsman with a grenade launcher 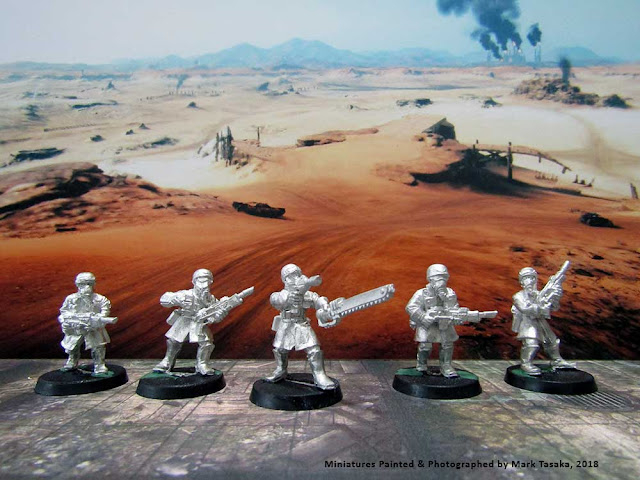 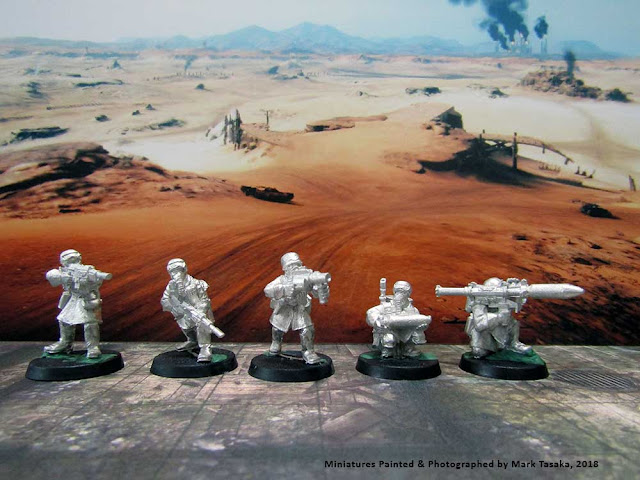 Green Stuff: Epoxy putty (‘green stuff’) is an excellent tool for filling in the ‘slotta’ gaps in the bases and for adjusting the positions of the miniatures.  For instance, I used epoxy putty for the legionnaire with the rocket launcher to adjust the angle the miniature was aiming his rocket launcher.

In my upcoming posts in this series I will be painting the Armageddon Steel Legion squad.