I am in the process of building an Old School Revival (OSR) fan site, titled Humble Beginnings and Bold Adventures, dedicated to James M. Spahn’s The Hero’s Journey: Fantasy Roleplaying (second edition).  Using a digital pen and drawing tablet, I created illustrations and graphics for the website. These include illustrations of brave heroes (a human knight and a dwarf warrior) battling vile monsters (an ogre and goblins).  As well, I created a heraldic design (logo) specific for Humble Beginnings and Bold Adventures. 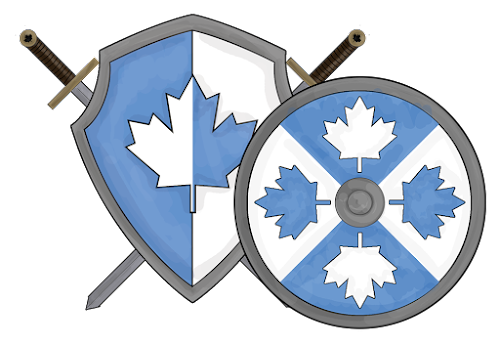 Heraldry.  The Heraldry for Humble Beginnings & Bold Adventures was adapted from the heraldry designs I created for Sorcery & Mighty Deeds and the Fantastic Adventures & the Disgruntled Gong Farmer Companion Site; two fantasy RPG websites I designed in the recent past.  Essentially, I combined the two heraldic designs, and selected a new colour pattern, giving the heraldry a distinctive look. 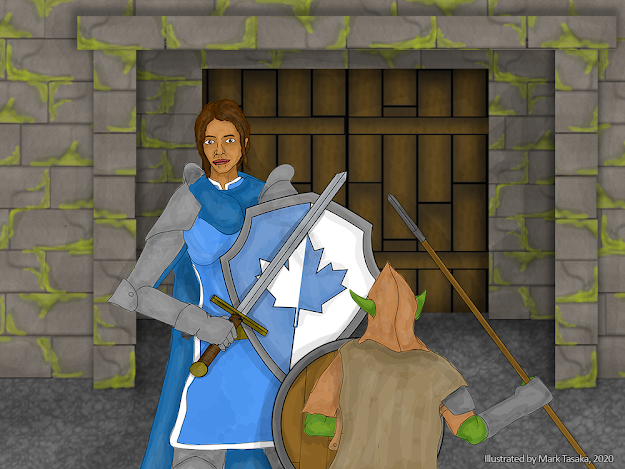 The Knight and the Goblin Minion

The Knight.  The knight was the first illustration I created specifically for this site.  I liked the blue and white colour pattern of the knight, which inspired the look of the heraldry and overall colour scheme for the site. 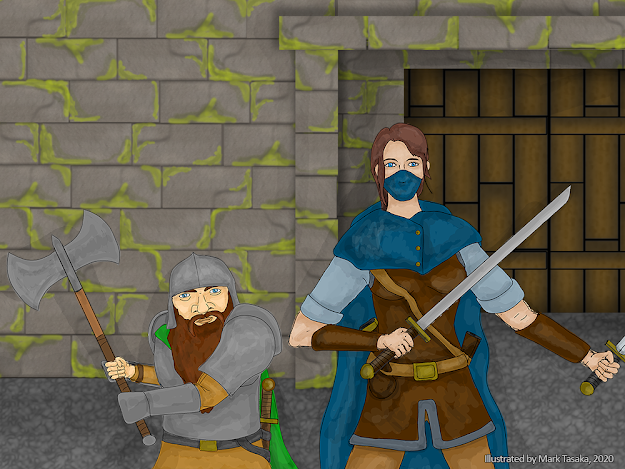 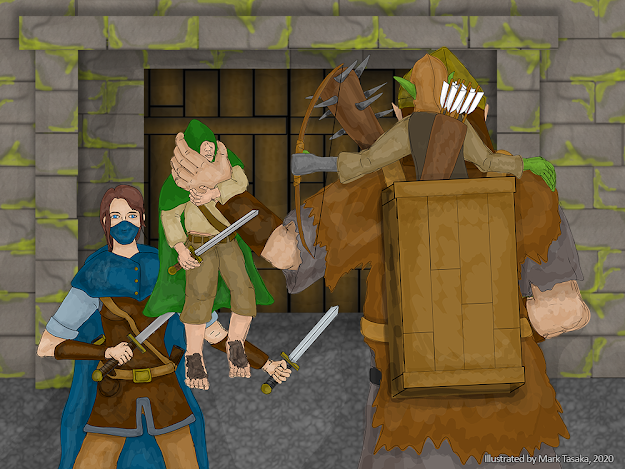 The Mighty Ogre versus the Burglar 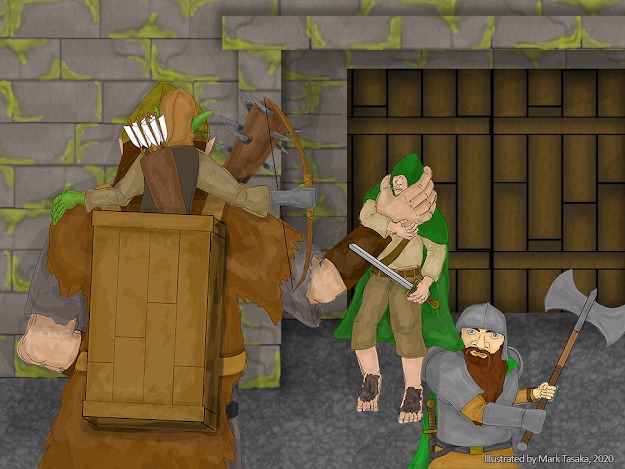 The Mighty Ogre versus the Dwarf Warrior

The Mighty Ogre.  For one of the illustrations, I wanted a powerful foe to battle the adventurers.  Thus, I illustrated the ogre, a monstrous enemy towering over the adventurers.  To emphasis the might of the ogre, I drew the ogre clutching a halfling with a single hand. The goblin mount was added to show the alliance between the goblins and ogres in this battle. 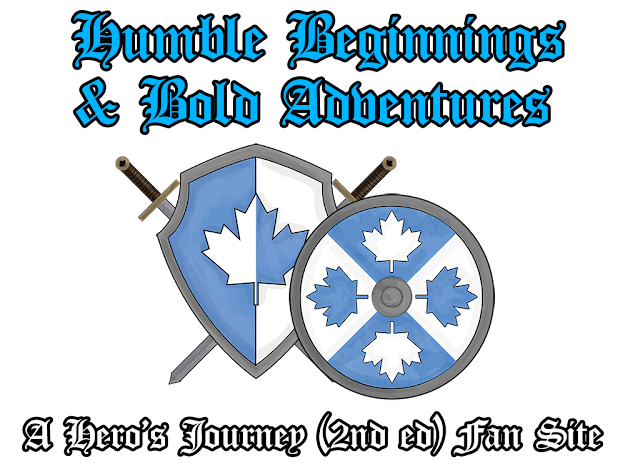 Every Mutant Crawl Classics Adventurer starts out from a humble beginning. Adventurers are not born as heroes; rather, they start life out as everyday ordinary folk (or as ordinary as one can be in a world filled with mutants, talking animals and sentient plants), who undergo a Rite of Passage as part of their coming of age initiation. In this initiation, the would-be adventurers will leave their tribe, their home since their birth, and venture into a strange new world searching for strange and wondrous artifacts from the Ancient Ones: an ancient and advanced civilization who dominated the world countless millennia ago. Most will perish on this journey; the fortunate few who survive to return to their home tribes bearing the artifacts of the ancients, will undergo major transformations granting them special powers and abilities, allowing them to become first level characters. 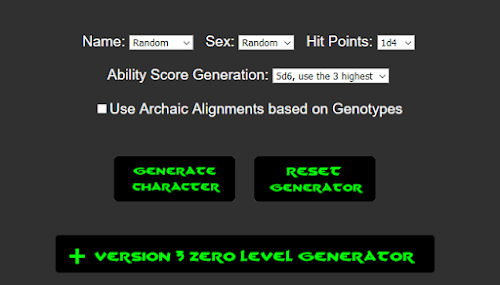 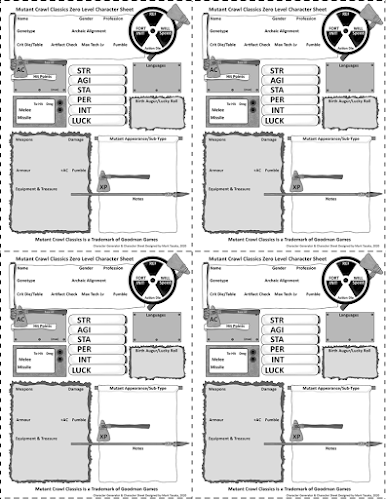 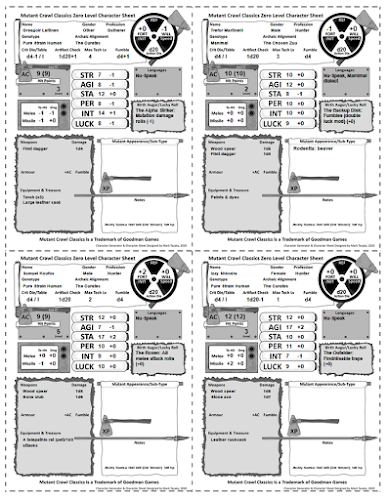 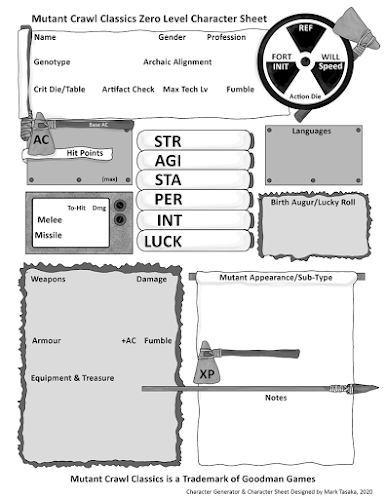 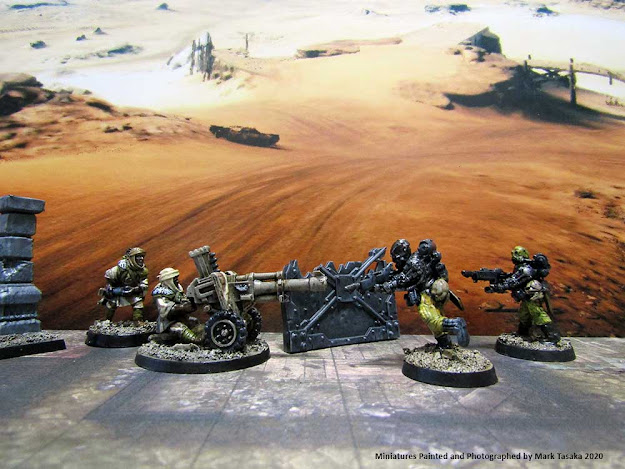 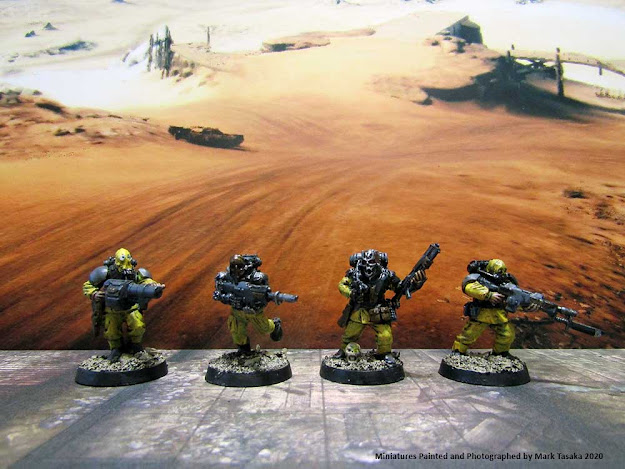 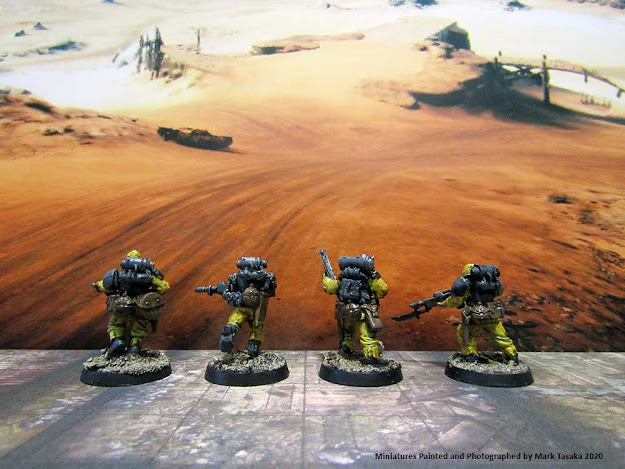 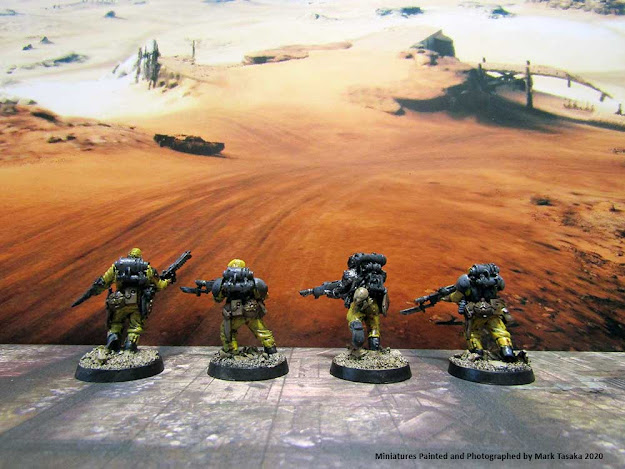 I finished painting a group of eight Iron Warriors Traitor Guardsmen using components from a variety of kits.  These kits include the plastic Catachan Jungle Fighters and Cadian Shock Troops sets and resin Forge World (torsos) and Anvil Industries (bionic arms) components.  As well, components from the Frostgrave Cultist set were added to represent the heretical gear and ‘trophies’ (human skull) carried by these Traitor Guardsmen. 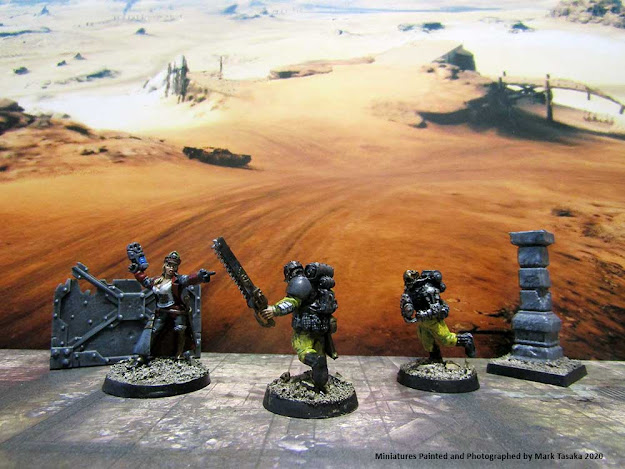 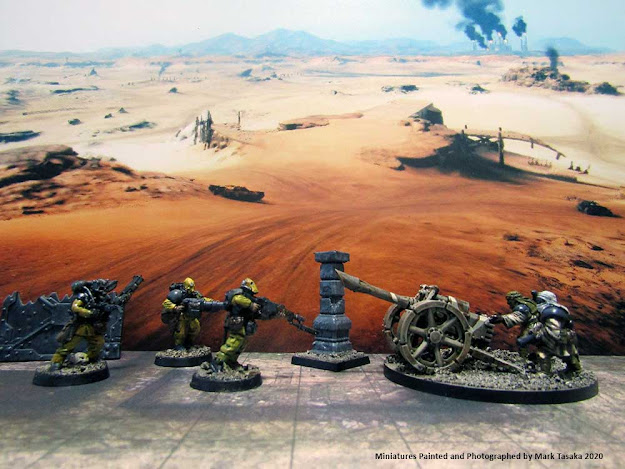 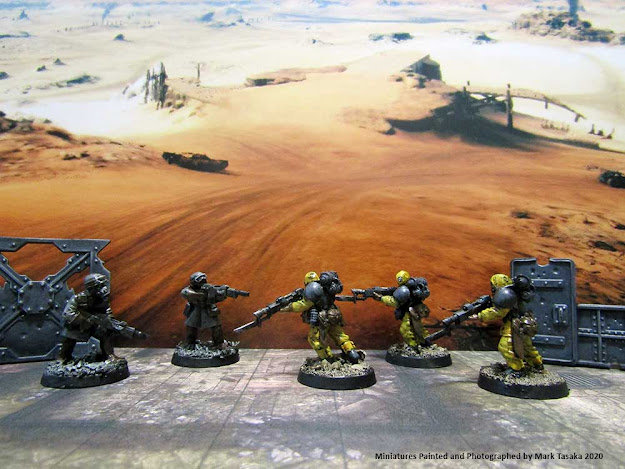 For more images of these miniatures, please visit the Iron Warrior Traitor Guard section of the Old Guard; a website dedicated to Games Workshop’s Warhammer 40K miniatures, with a focus on the classic range of Imperial Guard models from the 1990s.